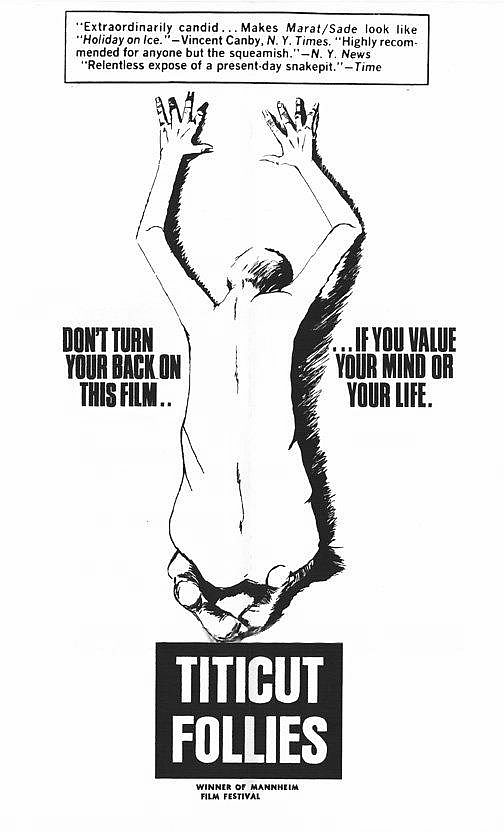 The documentary films of FREDERICK WISEMAN (born 1930) are usually set in institutions and have institutional titles like Hospital and High School and Welfare. His work is often called cinéma vérité, but it’s a term he dislikes for its connotations of passivity and impartiality; and truly, Wiseman is no fly on the wall. Consider Titicut Follies, his 1967 masterpiece documenting the horrifying treatment of inmates at Bridgewater State Hospital for the criminally insane: an impossibly narcissistic social worker hams his way through a song and dance number with a chorus of stupefied inmates behind him. Another inmate, fearing for what’s left of his sanity, begs to be sent back to the general prison population. Orderlies tease and humiliate their naked, bewildered, helpless patients. All are revelatory scenes, and all are performances. Wiseman doesn’t need to hide his camera, because his films are about the stories that strangers tell each other, both directly — in parole board hearings, sermons, case interviews, and indirectly — in the way they co-inhabit public space. Voiceovers, interviews, inter-titles: these are no more appropriate in a Wiseman film than in, say, a Cassavetes film, because they would break the rhythm, the juxtaposition, the wit and implicature of his editing, which is empathetic, opinionated, and essentially narrative.