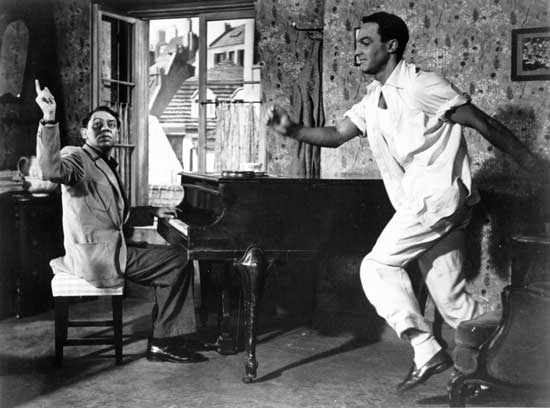 A virtuoso pianist with a biting wit, OSCAR LEVANT (1906-72) was equally at home with Schoenberg’s atonalism and Gershwin’s jazzy rhapsodies, dated a series of Broadway chorus girls, acted alongside stars like Fred Astaire and Doris Day in more than a dozen big-screen spectaculars, wrote two memoirs, hosted several television shows, and was Harpo Marx’s roommate for a spell in the mid-1930s. His caustic repartee occasionally got him into hot water: one television offering, Oscar Levant’s Words About Music, was yanked off the air in 1956 when the host commented on a certain starlet’s conversion to Judaism and marriage to a well-known playwright: “Now that Marilyn Monroe is kosher, Arthur Miller can eat her.” Beset with phobias and insomnia, Levant also spoke publicly about his manic depression and the shock treatments he underwent long before it was fashionable for celebrities to do so. “There is a thin line between genius and insanity,” he ruefully noted. “I have erased that line.”