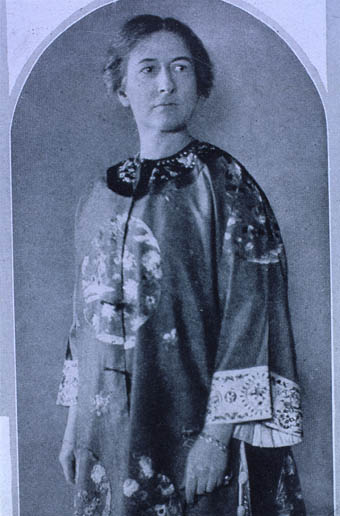 HARRIET MONROE (1860-1936) was the original zinester. In 1912, at the age of 51, the former Chicago Tribune art editor and moderately successful poet (her “Columbian Ode” — “Columbia! Men beheld thee rise/A goddess from the misty sea” — was performed at Chicago’s 1893 Columbian Exposition) started up her own independent publication. The magazine Poetry very soon gained a reputation as a proving ground for young, modernist writers like Ezra Pound, T.S. Eliot, Marianne Moore, and Wallace Stevens. Above all, Monroe was “the correspondent, counselor, friend of poets,” as the New York Times put it. “P.S. I am awfully broke,” wrote Edna St. Vincent Millay to Monroe in 1918. “Would you mind paying me a lot?” Monroe’s advance was amply repaid when she published Millay’s “First Fig” (“My candle burns at both ends…”) a few months later. Monroe died at the age of 75 in 1936, on the path to the Incan ruins at Macchu Picchu, but — thanks in part to a $100 million bequest, in 2002, from the heir to the Lilly pharmaceutical fortune — Poetry soldiers on.