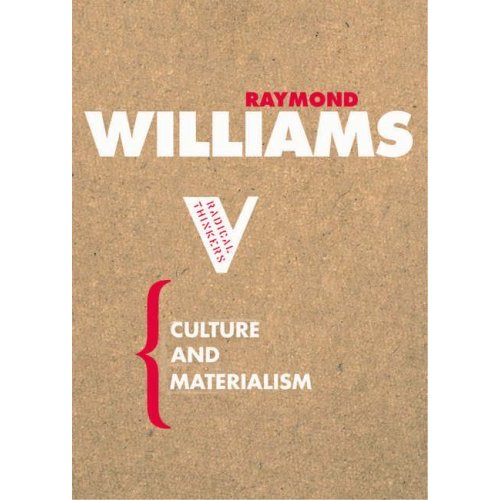 He began his critical career as a Welsh signalman’s son drawn to English literary tradition, and ended it as a Cambridge don extolling the vitality of rural and working-class life. In between, RAYMOND WILLIAMS (1921-88) wrote copiously, for academic and popular audiences, on topics from Orwell and Ibsen to advertising (which he called “the magic system”) and Monty Python — just about any verbal expression that might be construed as “culture.” In his decades-long struggle to rescue that last word from both its exclusionary association with “the best that has been thought and known,” and from an orthodox Marxism that would dissolve the category entirely, he did as much as any single writer to seed the ground for what we now call “cultural studies.” Notoriously restless in both his theoretical and political affiliations (he stuck with the British Communist Party for less than a year), Williams’ most illuminating concepts — “the long revolution,” “structures of feeling” — shifted in significance over his career, which may also explain why Keywords in Culture and Society, tracing several centuries of semantic drift in the use of terms from “aesthetic“ to “work,” is his most characteristic (and indispensable) book.