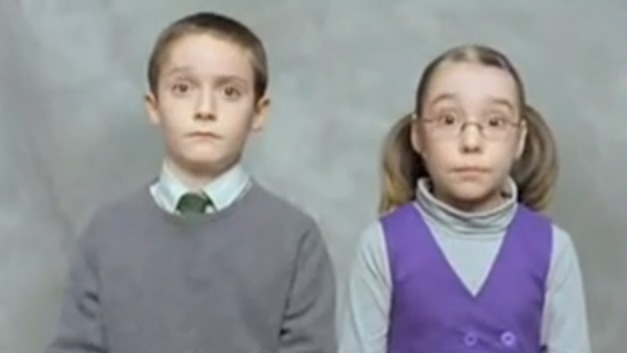 Speaking of brows. You know Cadbury’s 2009 viral ad, “Eyebrows”? The one in which two children — peculiarly self-composed, knowing, mysterious, alien-like children — wiggle their eyebrows to the beat of Freestyle Express’s “Don’t Stop The Rock”? It was viewed 4 million times on YouTube in its first three weeks, so chances are that you do know it. Well… check this out: 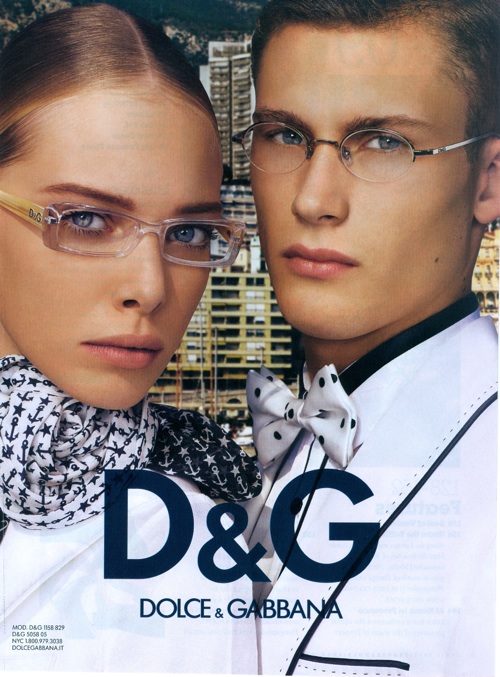 The pinched noses and flaring nostrils, the slightly fascistic hairstyles, the pursed lips and superioristic gazes, the transparent glasses, the buttoned-upness… all the same! Even the chins! Not to mention the expressive eyebrows. The Dolce & Gabbana models are… adult versions of the Cadbury kids. Or rather, they’re the Cadbury kids grown up. Or rather… the Cadbury kids are adult children, and the D&G models are child-adults. Or… no, the mind reels. What’s going on? 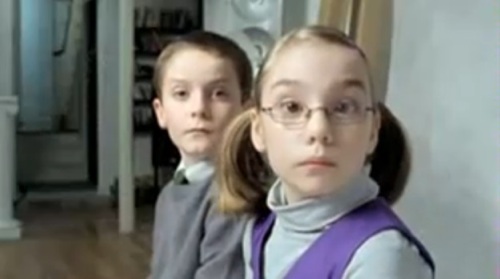 Are they aliens? (This might explain the magical eyebrows, and also the not-lovers but more-than-siblings vibe.) Has Madison Ave. discovered time travel? More importantly: What signs and signifiers have been put into play, in these ads, and to what ends?

This is the second in a series of posts reviving the ancient practice of extispicy — i.e., divining the outlines of our invisible prison (formerly known as Fate) via a close study of anomalies in animal entrails. Only instead of sheep livers and cow lungs, we’re using magazine ads and other middlebrow media images.