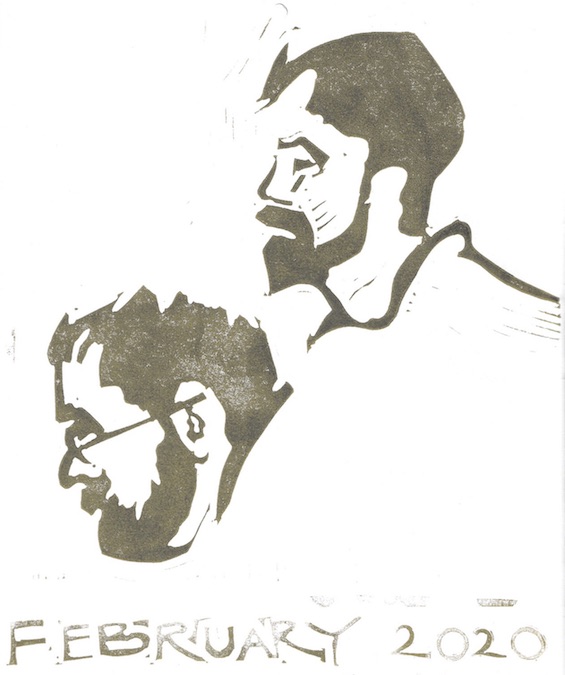 My brothers, from a brush-and-ink sketch. Experiment in what medium to use in making the original image before carving the linoleum block (most others start as pencil drawings). Mixed this color instead of out-of-the-tube (something I continued).