The mannequins are coming back, the Uncanny Valley is healing! Or… something like that. 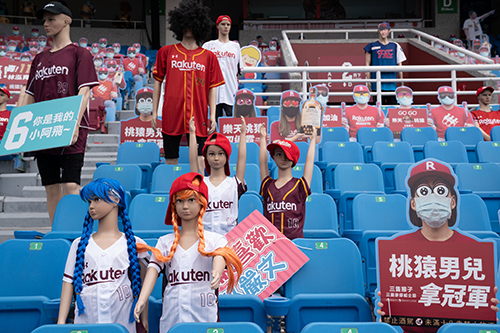 From bleachers to bistros, from churches to coliseums, representations are appearing where real people cannot yet go.

In a move reminiscent of the hapless community theater art director in 1996’s A Midwinter’s Tale, if you can’t attract an audience, well, maybe you can create one. 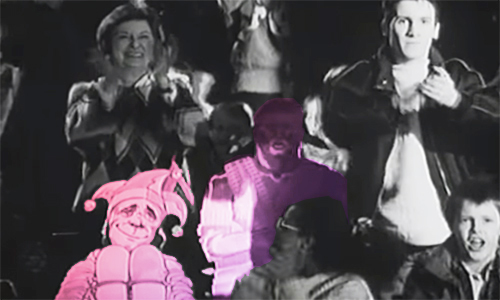 In “Phase I” of reopening from our COVID-19 shutdowns, some events are permitted, as long as they take place without an audience. The performers are allowed their performance but the spectators must be kept away. In their place then, there have been sightings of printed photos, life-sized cardboard cutouts, repurposed retail mannequins, and even robots, so that the players will not feel lonely. And so that the TV viewers will not see acres of empty seats, or seats blocked off with caution tape, which, let’s face it, is a bit bleak, even if the Yankees are losing.

First up though, what would Jesus do? 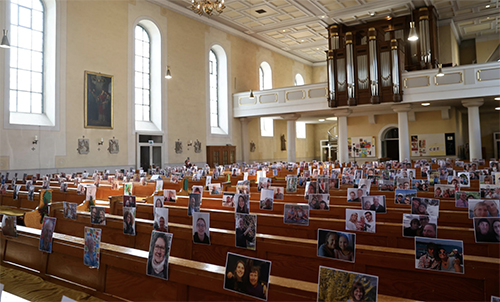 In churches ranging from Germany to San Francisco, worshippers have sent in photos of themselves to be taped onto pews, both so that the priests won’t feel so much like they’re preaching to the air, and so that the believers can, in some very mediated sense, feel like a part of them is “there.” 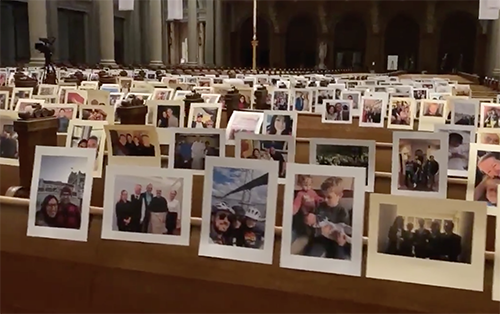 Athletic teams have bumped it up a notch, populating their stands with cardboard cutouts, some with personalized fan pictures. 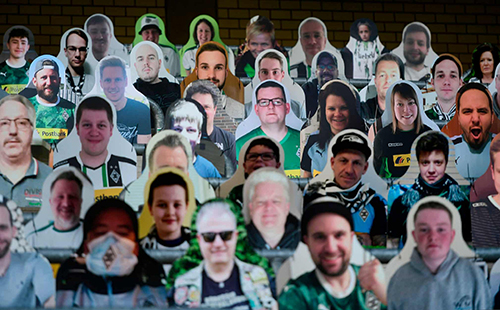 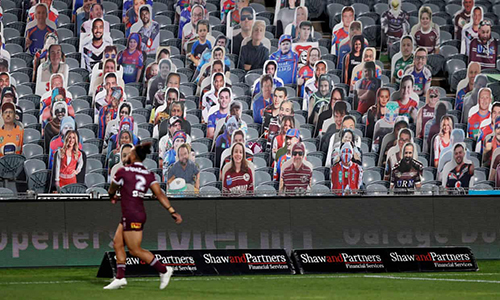 Other teams have opted for life-sized dolls, and even, in the case of the Rakuten Monkeys, robots who can bang on a drum. So much for AI taking over our jobs, instead they’ve followed Todd Rundgren’s noisy slacker anthem rather literally. 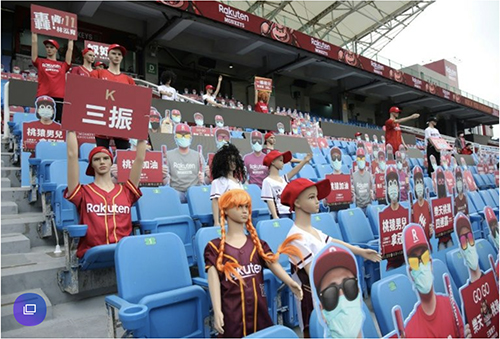 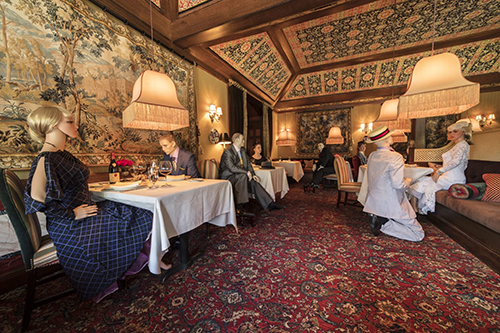 Dressed up as the owner sees fit, from period fashion to fabulous, they are there not to keep the food company, but to keep the rest of us appropriately away from each other, should we venture out. 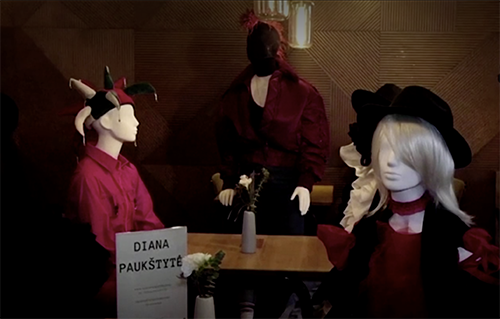 And let’s not forget the uncanny animals, from fuzzy capybaras to Hello Kitty-esque mascots. 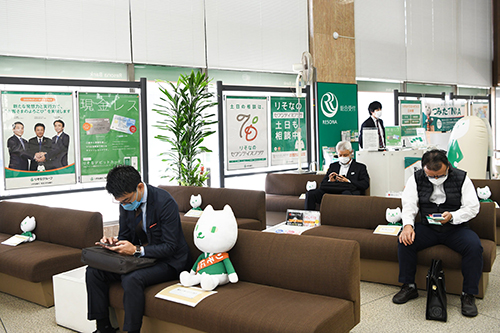 The capybaras, at least, have some historical precedent — having been introduced by us to the concept of hot springs (1982; see below), why shouldn’t their next paw up the cultural ladder be as foodies? 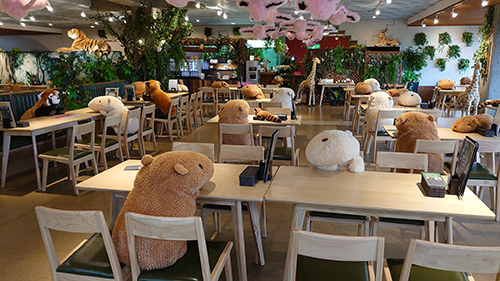 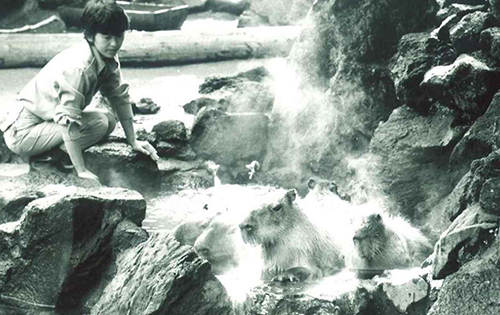 Of course sometimes the attempt goes wrong, as in the case of some football-watching dolls in South Korea, which turned out to be that kind of doll… 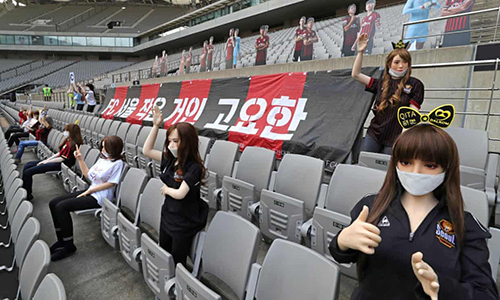 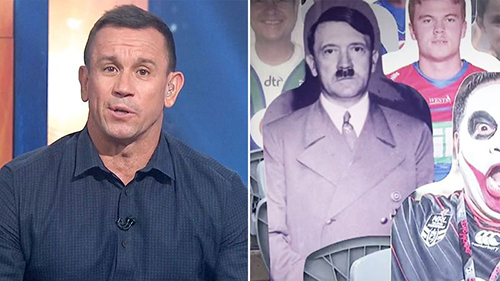 And the cutouts, which a show on Fox Sports photoshopped to fulfill Godwin’s law. There’s always somebody…

The failed attempts remind us that the entire enterprise, despite its surface whimsy, is not without risk. One might be reminded of the Perky Pat dolls provided for those ultimate social-distancers, the miners on Mars in Philip K. Dick’s The Three Stigmata of Palmer Eldritch. Perky Pat and her friends were custom Barbies that the miners, with the help of custom psychedelics, project into in order to play suburban Earth games; games that do not, ultimately, end well. 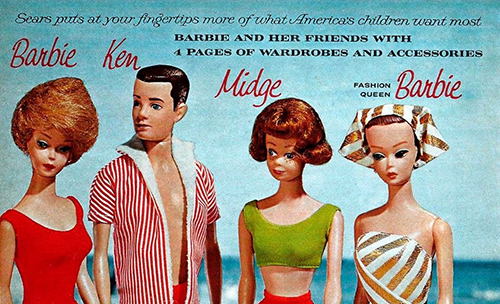 Hopefully as we slowly migrate to our outside-the-house activities, we will shift the mannequins back to the shelves. With all the species-jumping viruses out there, we wouldn’t want to mix it up too much.