We share our space, both physically and culturally, with the distant descendants of dinosaurs. I don’t mean by way of Big Oil and our fossil-fueled dystopia, although that too, but with birds. They occupy the air and velocirapt at the feeders, and occasionally pose for a #lifelist on the ‘grams; but, crucially, they also sing. And yet birdsong and human songs do not often overlap; sure there’s the odd experimentalist like Olivier Messiaen, or Bobby Day, but mostly, birds sing on their side of the lake, we sing on ours, and nobody sings in the middle.

But this separation has perhaps more to do with time than with space. Other entities do seem to have a different relationship to time than we have. Giant Sequoias, for example, live to be thousands of years old; sit there all day, or even all year, and you’d be hard-pressed to actually see the tree grow. 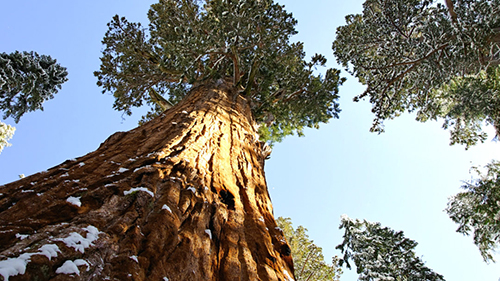 Or at the opposite extreme there’s the hummingbird with a heartbeat of 1200 times per minute in flight; we only see it in motion after it buzzes past our ear in a burst of tiny-animal aggression. 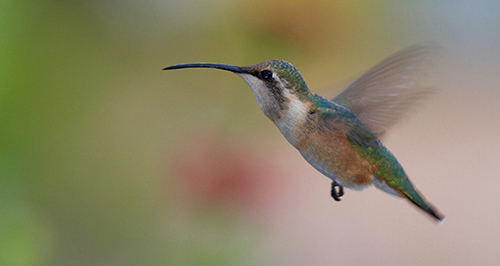 But consider: what if we sped up to the speed of birds, or slowed them down to meet us?

First, the slownesses. David Rothenberg, whose work with our animal planet we have noted previously in HILOBROW, has slowed down birdsong and revealed it to be uncannily like some kinds of jazz. Miles Davis comes to mind, or Stan Getz. Perhaps birds are out there literally woodshedding near the woodshed, just at a tempo almost too fast for us to notice.

Veery slowed down [via New Scientist]

Next, the speeds. Marcus Coates has also slowed down birdsong, but then asked people to sing along and imitate what they heard, not so much consciously trying to scat as to play it by ear, mirroring the mockingbirds. Then, Coates speeds the recordings back up—to reveal passages remarkably like field-recorded birdsong.

From Dawn Chorus by Marcus Coates

Of course this is all in the range in which we humans hear. Research indicates birds perceive infrasound and perhaps also ultrasound, so we may be catching only part of what’s being sung, or signed. Still.

The Uncanny Valley may be many things, but it is not silent.