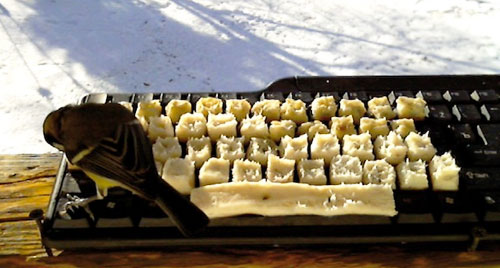 Hungry Birds is not just another online impersonation. Cross-species enablers at the Latvian magazine Ir have hit upon a low-tech interface to allow birds to tweet. By placing pads of yummy fat on an outdoor keyboard, birds type out messages as they snack. The resulting strings are chopped into 140-character tweets: follow along at @hungry_birds.

There are other animal impersonators on Twitter. I follow @common_squirrel as a Zen punctuation throughout the day (run. jump jump jump. acorn! etc.) However the squirrel is a mechanical turk with a (lightly concealed) human operator. Not that that’s bad; here at HILOBROW we love a little animation in our mechanism. But the stream at @hungry_birds issues from the birds themselves. 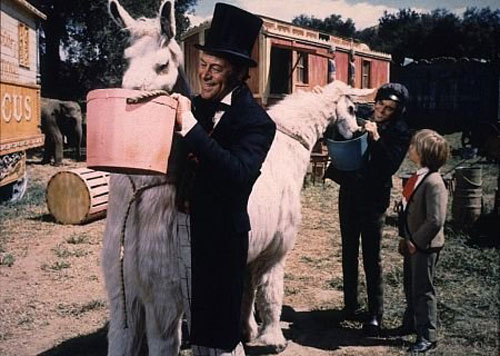 [Talking to the animals, Rex Harrison and the PushmePullyou, Doctor Dolittle, 1967]

Of course exactly what is issuing is still an issue. The birds don’t know what they’re tweeting via this new method. And we don’t know what they’re saying. We don’t even know if they’re angry — at loss of habitat, at noise pollution, even at the loss of our witness and company, to what might seem to them like an accelerating tech-enabled solipsism. I suppose that with a series of strategic feedback loops, more intelligent ones among us (bird and human) might be able to figure something out.

But at the moment this is just blind signaling — not unlike the signals we launched into space as a byproduct of broadcast TV.

A #slowtwitter take on birds tweeting is offered by artist David Rothenberg, who has slowed down recorded birdsong and found that it sounds eerily similar to some types of jazz (check the embedded clips on his website). This is certainly intriguing, although we are no closer to grokking the communication (and neither is it clear whether Rothenberg’s habit of taking his clarinet into the field and playing “duets” with them is, either).

One wonders what we are are saying to each other, besides “we are here?” Although given the magnitude of the translation problems, perhaps that is enough. 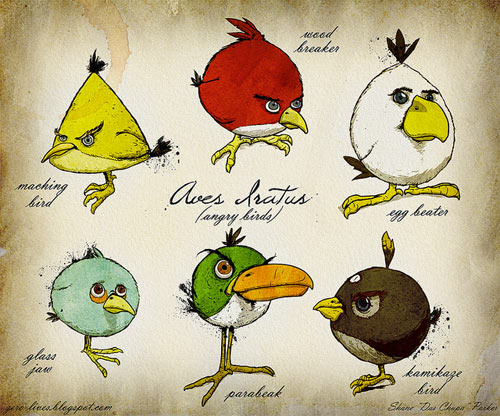 Thanks to @LRJP! for the link.