Cross-post is a new series of occasional other voices, featuring posts from selected blogs and other writings across the web.

Inaugurating this series is writer, impresario and HILOBROW contributor Marc Weidenbaum who, among his numerous pursuits (including the ongoing experimental sound challenge The Disquiet Junto, which recently completed its 400th consecutive week), has been carrying the torch for good old-fashioned blogging. Marc has been consistently blogging since before it was a named thing in the mid-90s, through its initial heyday in the early ‘aughts, and continuing to this day, where he anticipates and encourages the cresting of a second wave of enthusiasm that will be even stronger than that first finite burst. 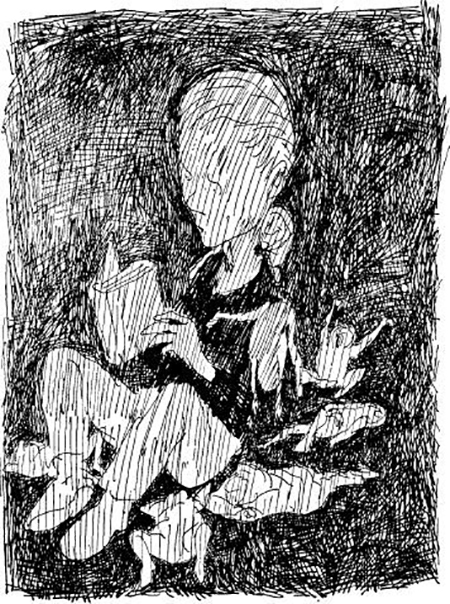 Milo and the Lethargians by Jules Feiffer, from Norton Juster’s The Phantom Tollbooth

By terming it “second wave” here, we mean to intentionally overstep the attempted absorption of blogging by our corporate overlords. For as print publishing declined, legacy magazines pivoted to digital; what were previously articles became shorter, more self-referential posts, while the posts themselves became correspondingly more professionalized. In this transition, many bloggers without legacy imprimatur or money, i.e., you and me, just, kind of, stopped.

Technologies, like hemlines, go up and down. It was all about the web, then AOL, then “push,” then Web 2.0, then email was “dead.” Then came social media, then Slacks. Along the way newsletters popped back up, almost as if they were a new thing (my first one, which I founded while an editor at Tower Records, ran for a decade, beginning in 1994), and the podcast has had a second, robust economic and cultural life. Throughout, blogs just worked, even if they’ve seen better days. Self-publishing is at the heart of the healthy internet. It’s truly self-publishing when the URL and the means of production are your own. Celebrate the 20th anniversary of the word “blog” by thinking of something important to you and then blogging regularly about it.

But like Milo and Tock stalled out in the land of the Lethargians, it is possible to start up again. In the early web, everyone was an author. And everyone can be again. We just have to (referencing a different cultural touchstone) use The Think System, and the wheels will start turning again. 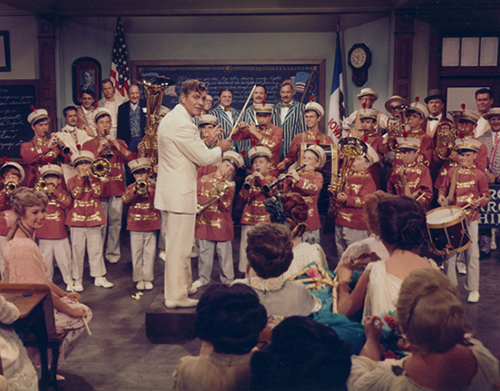 And, despite our extended residency here in Digitopolis, we are not reducing “to author” to “to code” (although we certainly understand that all code is writing, in a very real sense). By all means learn to code if you want; we mean to activate an older technology. We might mean speaking, but in the asynchronous distance at which we all live now, we mean: write.

And don’t concern yourself with whether or not you “write.” Don’t leave writing to writers. Don’t delegate your area of interest and knowledge to people with stronger rhetorical resources. You’ll find your voice as you make your way. There is, however, one thing to learn from writers that non-writers don’t always understand. Most writers don’t write to express what they think. They write to figure out what they think. Writing is a process of discovery. Blogging is an essential tool toward meditating over an extended period of time on a subject you consider to be important.

In his online identity as @disquiet, Marc blogs about music, comics, technology, noise, and all the crosscurrents revealed and spawned thereby and therein. Marc’s initial Cross-post concerns something very close to my ear, or at least, my commute: the strange phase-shift of both reading and listening to a text. Specifically, Kim Stanley Robinson’s increasingly-relevant book of world-building disaster and unexpected utopias, Red Mars. 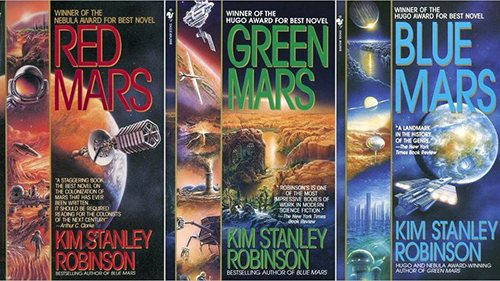 We hope you will enjoy! And we hope you may be inspired to start blogging (again) yourself.

Marc’s full post on the importance of blogging in earnest: Bring Out Your Dead
The Disquiet blog: https://disquiet.com/
Marc on Twitter: @disquiet