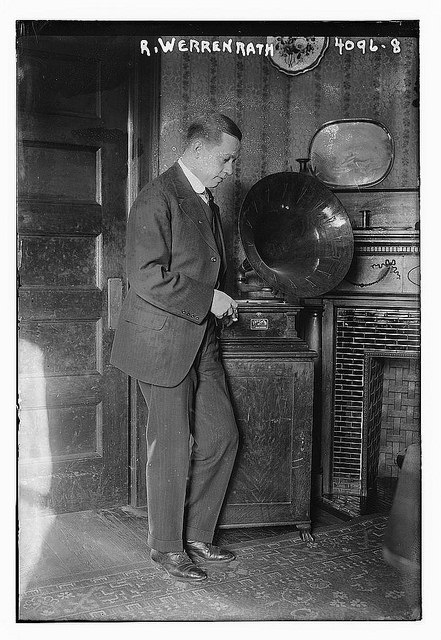 The horn on the Victrola looked inviting, so I jumped inside. It was cool, and smooth to the touch. I fell, but slowly, and so I was not afraid. I became very small; I believe the force of my fall influenced my shape, which began to conform to the inside of the horn. Eventually I became a single point. And I entered the groove of a record, which launched me as pure sound. A vibration. I carry no melody, not even a note. My transfiguring moment fell between beats, and so I am an aspect of that atmospheric scratch in the background. Before me, and after me, came the most beautiful trumpet solo.