This week’s Eye Candy follows the money. Specifically, the coin of various realms, which tends to profile heads of state. 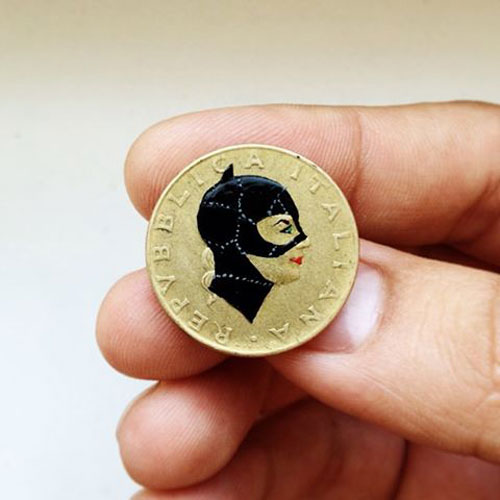 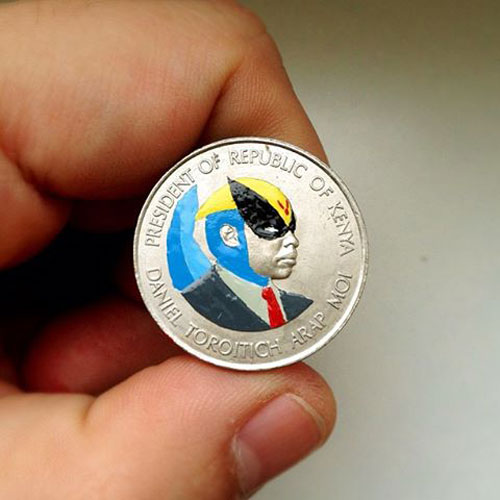 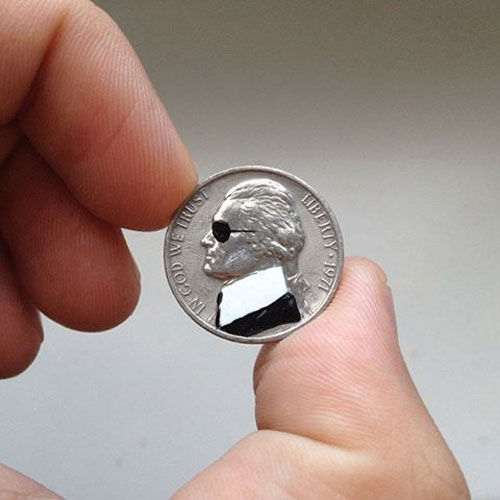 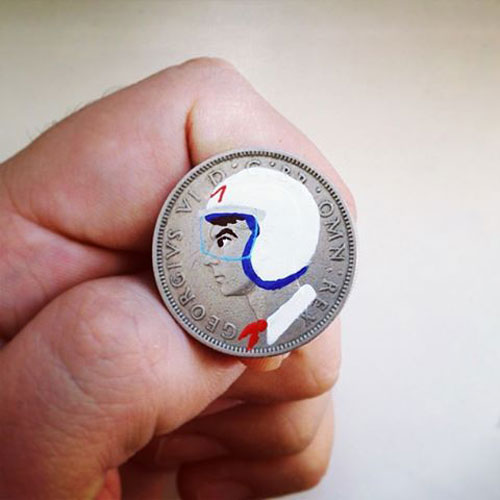 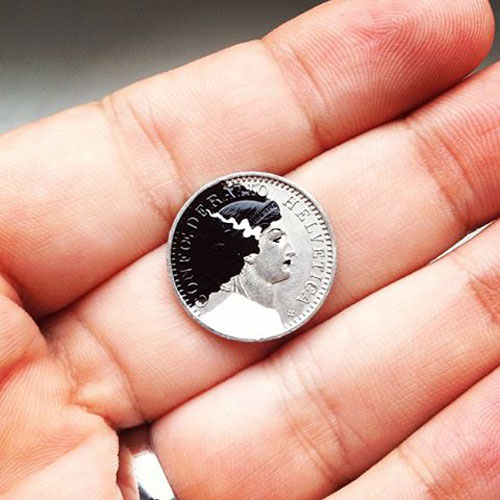 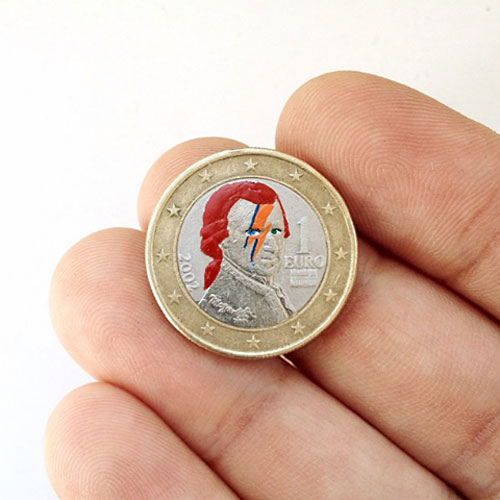 Coins are actually massively-reproduced little sculptures. This project brings individual character to each replica, and makes us think: Are we able to like one cent more than others, just by injecting new stories in it?

Levy’s idea and execution are gaining digital currency, and no wonder. By marrying the idea of miniature painting directly to a coin, these painted pop fusions are right on the money. 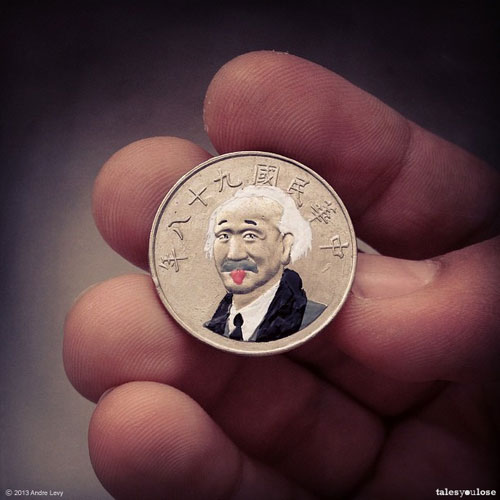 Eye Candy is reminded of “Banksy of Bulgaria,” whose pop-inflected paint job on a Soviet war monument you may remember from Reuters, or the Mail. 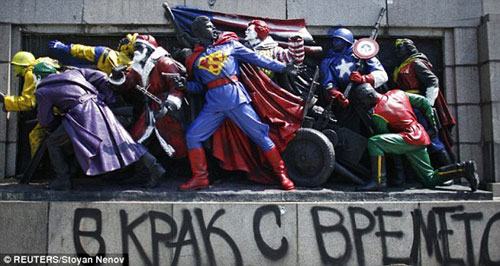 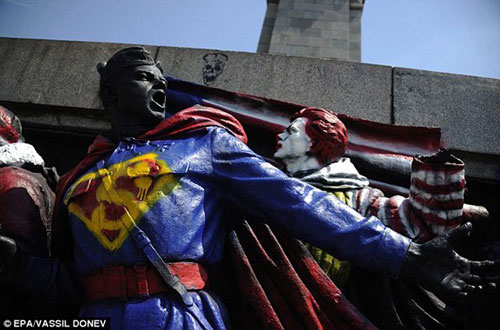 And the focus on faces also brings to mind the origami’d currency of Yosuke Hasegawa, whose manipulations turn the money back on itself to become its own, lightly-3D decoration. 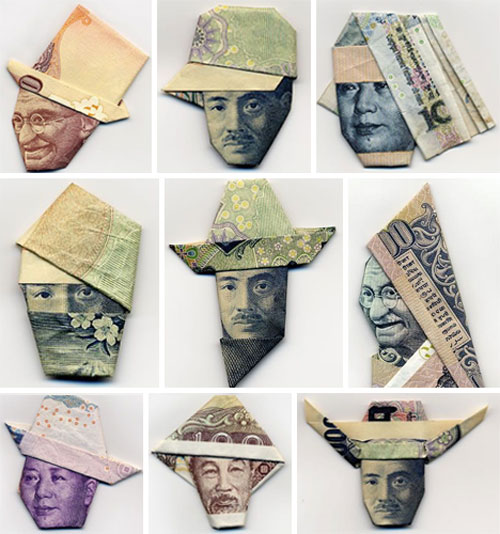 Of course, before you try resurrecting the enamel paints from your discarded model kits, U.S. enthusiasts may want to familiarize themselves with the legal grey area that is Title 18, Part I, Chapter 17, Section 331 of the US Code: Mutilation, diminution, and falsification of coins.

Then again, Eye Candy wagers you’ve come to save Alex, not to spend him. 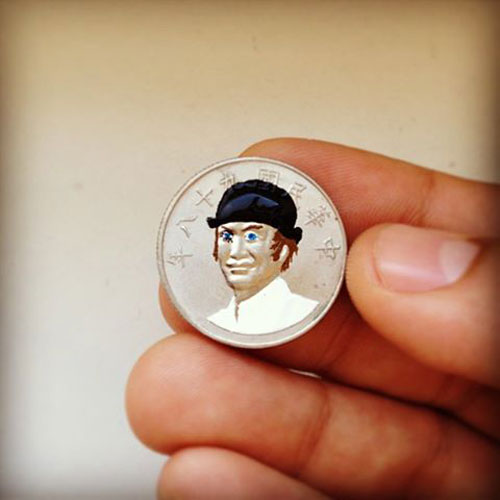