Regression Toward the Zine (2)

PREVIOUS POST: Introduction, and consideration of zines vs. early pamphlets
*

I am not talking about the so-called “little magazine,” which first appeared in the 19th century (e.g., The Edinburgh Review, The Spectator, The Dial) and which took off in the 20th (e.g., Poetry, The Kenyon Review, Partisan Review, Paris Review). The proto-fanzines to which I refer were amateur literary magazines; fan-published magazines as opposed to fanzines. I’m acutely aware that I’m splitting hairs, here, but my impression is that, unlike later fanzines, the proto-fanzines of the 1910s and 1920s — e.g., The Tryout, The Vagrant, The Wolverine — simultaneously aped and criticized little magazines, much like proto-punk aped and criticized rock’n’roll.

NOTE: The zines mentioned and shown in this post are not included in my own collection, the earliest zines in which date to the 1980s. 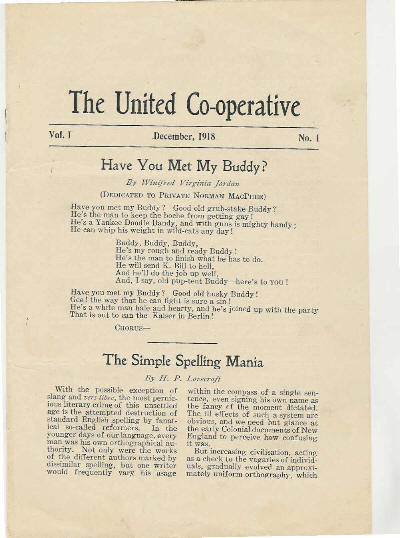 I don’t mean to put down proto-fanzines (or proto-punk, for that matter). In fact, the figure who looms largest in the era of the proto-fanzine is one of my favorite fantasy and science fiction authors: H.P. Lovecraft.

Along with fellow fantasy and science fiction authors Clark Ashton Smith and August Derleth, Lovecraft encouraged amateur publishing and cooperative journals, and served as one of the editors of The United Co-Operative, published in his hometown of Providence, R.I., under the auspices of the United Amateur Press Association.

I’m very interested in these proto-fanzines. However, I don’t know much about them, so I’m going to move on now. Below, please find a few notes on the first fanzines. 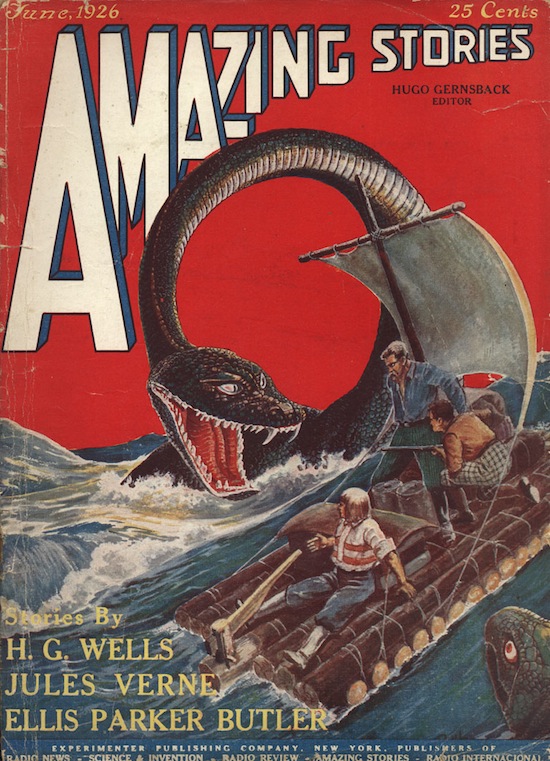 In 1926, when Hugo Gernsback published the first “scientifiction” pulp magazine, Amazing Stories, he knew what he was doing. There was already a sizeable and active community of science fiction fans, so Gernsback allowed for a large letter column which printed letter-writer’s mailing addresses. Readers wrote letters in response to stories and published letters, and they sent them not only to Amazing Stories but directly to one another. The “Serious & Constructive” (later shortened to sercon) correspondence that developed this way among science fiction fans was a key development.

The first science fiction fanzine (at first called “fanmags” or “letterzines” or FMZs, for “fan magazines”), one often hears, is The Comet — published in 1930 by the Science Correspondence Club in Chicago. It was edited by Raymond A. Palmer and Walter Dennis. Using typewriters, school dittos, church mimeos and (if they could afford it) multi-color letterpress or other mid-to-high level printing, fanzine publishers appeared all over the country (and in Canada). Introduced by Ditto Corporation in 1923, “Ditto Machines” were used by fans because they were cheap and could — with effort — print in color. 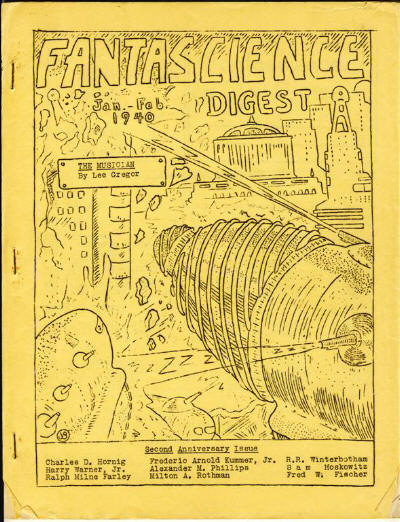 The boundaries between the world of fans and that of “official” creators was porous. Some notes: 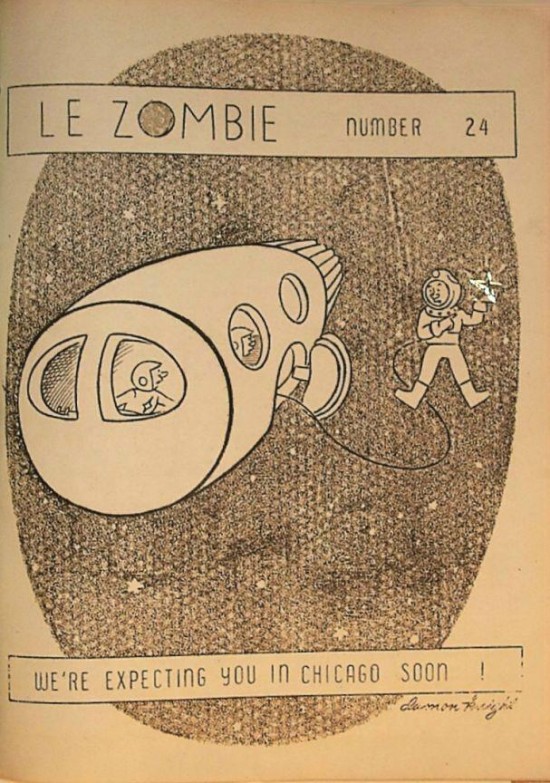