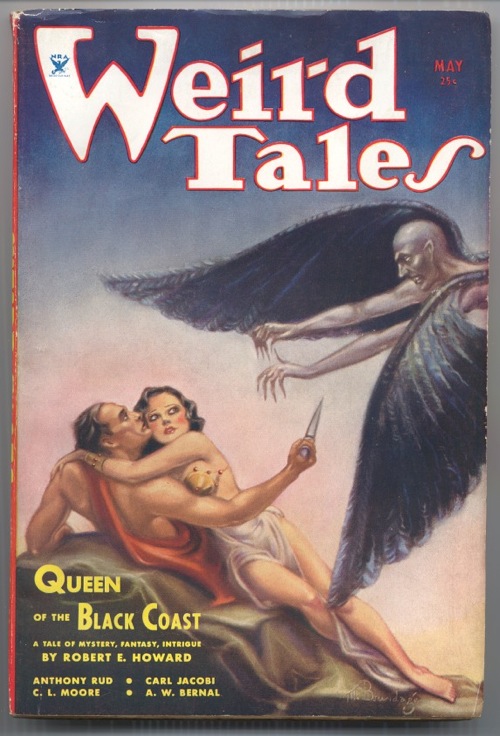 The writer best known in his time for Sailor Steve Costigan and Breckinridge Elkins conjured something more rare when he created Conan the Barbarian: a pop cultural icon. ROBERT E. HOWARD (1906-36) might be the greatest low-writer that America ever produced. Though Howard’s pulp compeers (Cain, Chandler, Hammett, Woolrich, even Lovecraft) have inched toward literary respectability, Howard’s pop fiction never threatens to slop over the levee into the high streets. Fantasy sits somewhere near the bottom of the genre fiction hierarchy, a bare notch above porn, parody, and Tijuana bibles. Meanwhile, although a lowbrow filmmaker like Sam Fuller was championed by certain critics, Howard has never found his Manny Farber. How then, to rate the juicy thrills of the action scenes in “Conan” tales? The uncanny dread into which Howard — who corresponded for years with Lovecraft, the better to suss the eldritch ichor of H.P.’s adverbial clauses — tapped so easily? The depth of his scholarship on the Ottoman Empire? The Texas tall-tale rhythms of the dialect in his (mostly unread) humor pieces? (Imagine Thurber with eye-gouging and ear-biting.) Few writers have had as many imitators as Howard, but the pessimism, the underlying bleakness that marks his work, remains unsurpassed.