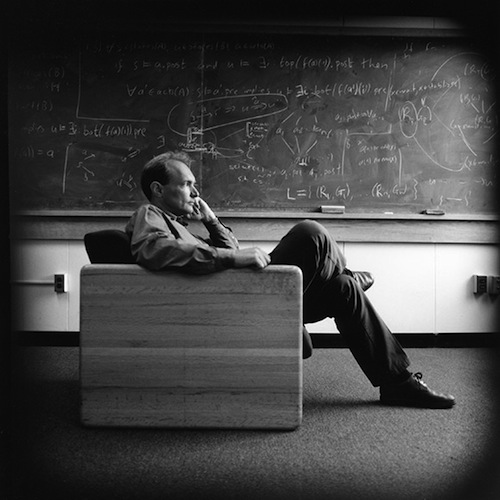 In 1989, scientist TIM BERNERS-LEE (also known as TimBL, born 1955) found himself at the inter-European particle physics research organization CERN, working not on collisions but connection. Hypertext and the Internet were already in play, but they weren’t yet something one did together. What Berners-Lee did was marry the ability to travel through text (hypertext, links) with the ability to travel through the linked computers of the Internet; the map became the territory and the World Wide Web was born. Berners-Lee took out no patent on his invention, offering it freely to the world: “Only connect,” urged E.M. Forster; Berners-Lee turned that prompt into a link. As the web has grown, so has the advocacy of its founding father. (It has founding mothers, too.) Berners-Lee holds certain truths to be self-evident, first among them net neutrality — the idea that web connectivity should underpin an open, democratic exchange of ideas. Neither paywalls nor politics, he insists, should compromise or interfere with our “basic human network rights.”

On his or her birthday, HiLobrow irregularly pays tribute to one of our high-, low-, no-, or hilobrow heroes. Also born this date: Francis Crick and Nancy Sinatra.