This is the eighth in a nine-part series, curated by HiLobrow, featuring comic book covers animated by the talented Kerry Callen. Each of these gifs originally appeared at Callen’s blog. 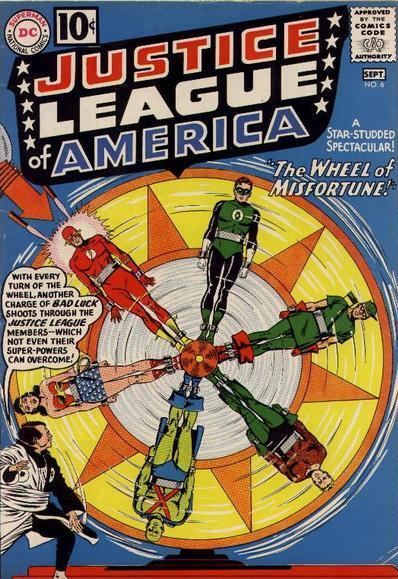 I animated this to rotate counter-clockwise. If you focus on a single character, you can see that it is. For some reason, however, the effect seems to be going clockwise, with the orange triangles going the other direction. Weird.