NASA has asked that lunar visitors stay at least 75 meters from the Apollo 11 lander. 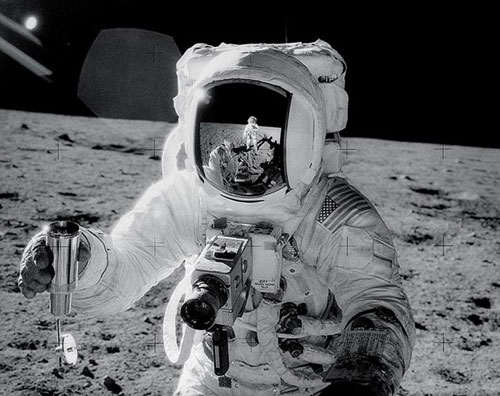 Take Only Pictures, Leave Only Footprints was invoked to prevent the tragedy of the common wilderness late last century. Instead of littering indiscriminately, why not leave the landscape alone so others can enjoy it as you did? A great idea, although one seemingly limited to individual application. Predictably, organized resistance follows along the trail of our favorite drugs: uranium, oil, pot farms. Leave Only was also a recognition that wilderness is no longer wild: these spaces are managed, bounded on all sides by civilization, by us; even the largest or most remote spaces now comprise the contained, not the container.

Slogan-wise, we have made our way with small steps to Leave No Trace, a utopian boundary condition, but one that pushes back the asymptotic fence some crucial distance. Those of us who have been to Nevada are familiar with that.

There’s also the less mellifluous Leave No Trace Except The Traces That We’ve Already Left And If Those Are Falling Apart, Engage Them In Judicious Repair, most often applied to cultural sites, of which the moon has now become one. The moon has been encircled, mapped and landed upon, and has become not only bounded, but pre-preserved. At least in anticipation. Leave the small steps and giant leaps unmolested, and — hey! Get off my Tranquility, you kids! 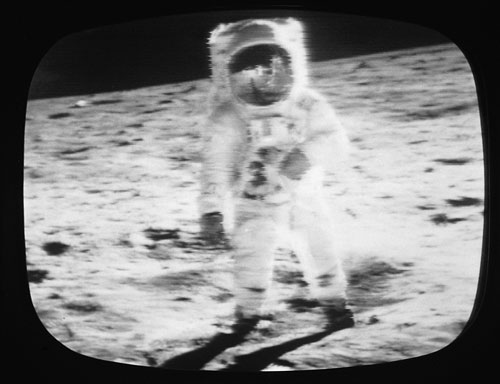 Kids. Because the moon would be like the best heavy metal parking lot ever. In the future, the new ‘party at the moon tower’ becomes ‘party on the moon!’ It’s the perfect indeterminate, scrabbly space for messing around, climbing on things, blasting music, tagging caricatures of Bugs or Marvin Martian. Or huddling at the edge of the crater in space-hoodies, smoking. Of course your parents would have to fish you out of the Pacific at 3 in the morning, as usual, but so what? Moon-parties are the best. You can break with bounce! Which compensates a bit for not be able to drink as much. Drinking and bouncing cause some fast-acting space sickness, you freshmen. No man, it would be great! Far enough away from your parents bugging you, but still close enough that you can hang out in your room on Sunday afternoon pretending to do homework. I will see you there. At least in the future. And as a teenager.

Plus there’s the whole alien problem. I mean if there are aliens, and if they’re a problem. Which they certainly might be. Who says the aliens have to be rulers of the universe? Or even rulers of themselves? If they crash-land on the moon as some kind of pre-Earth staging strategy, who might bring the best combination of skills and exuberance to the situation?

Of course that’s not what it will be like. It will be BP and Virgin and Cargill and the Incorporated 1% rolling over everything with moon tractors and money and mining rare earth minerals with no regard to surfaces. If there’s uranium under there, if there’s anything under there, there’s no way some footprint is getting preserved. And imagine strip mining on low-gravity steroids — they could just blow pieces right out of it. At least until they blew up so much of the moon it started messing with the tides — nah, messing with natural forces doesn’t stop them down here, why would they hesitate up there? …It won’t be teenagers. It won’t be partying. It won’t be earnest moon-park rangers with walkie-talkies in space. It will be the usual indiscriminate destruction in pursuit of profit for a few. It won’t be Leave Only anything.

No, it won’t be teenagers on the moon.

But maybe it should.