An escalator on a DC Metro platform is like a fine wine: it’s better with age and without any industrial lubricant. 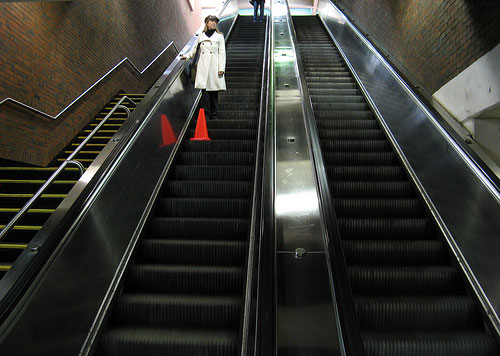 The problem with playlists is, you get sick of everything faster. Somehow the ease of iPod access means you can overplay your favorite songs in only 3-5 listens, compared to what seemed to be orders of magnitude more from cassettes. There was a tape I listened to for an entire year’s worth of NYC commuting in the 90s, Soul II Soul on one side and Black Box on the other. An hour each way, from uptown to Queens. A year. Nothing makes that kind of cut today.

Your technology problem (and mine) is turned to opportunity by Chris Richards, pop music critic at The Washington Post. His solution? Just take the earbuds out, and listen to the found sound free jazz of the subway. Specifically, the screeches, whalesongs, drones and drubbing of slightly broken-down escalators. Field recordings are not just for birders anymore; haven’t been for some time. And they’re not limited to nature. Ask not for whom the escalator squawks? Ask: it can be for thee.

What you’re hearing when you hear these kind of moaning squawks is the steel stairs rubbing up and chafing against that plastic element, when it’s gotten a little too dry. Kind of like a beautiful, serendipitous aftershock, of the wear and tear that these escalators are facing. It sounds like music!

C’mon, you may protest, that’s just noise. Yeah. But it’s something else as well. Hear him out:


[The Accidental Music of Imperfect Escalators, produced by Roman Mars and Sam Greenspan, featuring Chris Richards and the DC escalators; adapted from Escalate! By Sam Greenspan, 2011.]

And crucially, it has to do with error. If an escalator was lubricated to within an inch of its sonic life, it would have much less of one. What creates the gap for the sounds is the lubricant wearing off, as it continually must, with use. For a thing to function is for it to be in use. And in its use is its constant failure. And in that failure are gaps that force different activity, and allow for different perspective. This is true for cities as well as escalators. And for music. And for us.

Ever since the industrial revolution, when it became possible for products to be designed just once and then mass produced, it has been the slight imperfections and wear and tear introduced by human use that has transformed a quality mass produced product into a thing we actually love. Your worn blue jeans, your grandmother’s iron skillet, the initial design determined their quality, but it’s their post-manufacturing imperfections that make them comfortable, that make them lovable, that make them yours. 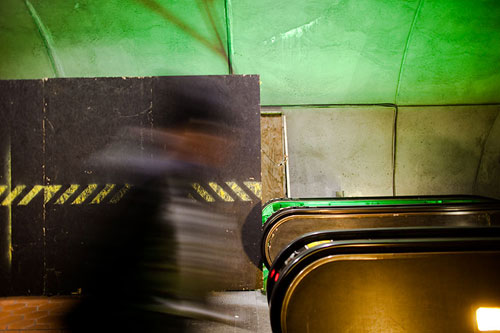 The claimants acknowledge the critique that they might be over-romanticizing an unavoidable annoyance. But these unavoidable annoyances might be exactly what we need to romanticize, or at least to consider on their own terms. Because imagine the alternative, as John Cage did in the anechoic chamber at Harvard: all you’d have to hear is the blood mindlessly commuting in your veins. 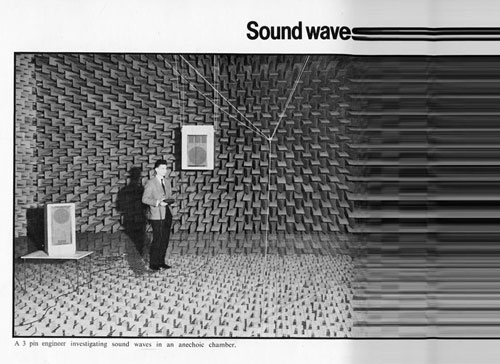 Imagine the horror of a silent city: Streets with no hum, sidewalks with no chatter, mute breezes, dead voices, a big silent no-place.