China has banned time-travel on TV. Not real time-travel (should it turn out to exist) just its representation. Because you can’t legislate reality, right?

Apparently you can try. Not content with waiting for the future, China is actively engaged in rewriting history as it occurs; most recently in the continued harassment of conceptual artist Ai Wei Wei, whose “Seeds” installation in the Tate Modern’s Turbine Hall we profiled on HiLobrow last fall. 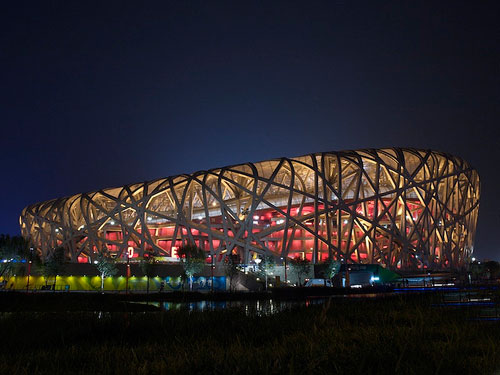 An internationally-renowned artist, architect and designer, who designed the “Bird’s Nest” for the 2008 Beijing Olympics, Ai’s work often deals directly with social and economic critiques, and he has spoken out for freedom of expression. Ai was captured by police in a surprise move at the airport on April 3; his current whereabouts and condition are unknown. In 2009 Ai was punched by police causing an almost-fatal brain hemorrhage. He has been put under house arrest and suffered various other restrictions of language and movement. His family and associates have also been subject to harassment.

[the representation of Nikolai Yezhov, Chairman of the Central Commission for Party Control 1935-39; erased]

Of course attempts to legislate reality are not limited to any one government, televised or not. But distressingly, China has a robust recent history in this area, in reality and its simulations. Censorship has caused ongoing issues for Google; Facebook, YouTube and Twitter are blocked. The news is censored. More alarmingly censorship extends to individuals, and this year has seen a well-publicized (at least in the West) resurgence in arrests and sentences for dissidents. Liu Xiaobo, winner of the 2010 Nobel Peace Prize, is imprisoned under a 2009 charge, and was not allowed to attend the ceremony, where an empty chair sat in for him.

The threat of a “Jasmine Revolution,” modeled on the recent popular and populist uprisings in Arab countries (the news of which is censored in China), and advocated on some international websites, is apparently terrifying in potentia to the authorities in Beijing. It is unclear how much traction such an idea has, or might have, within China, since talking or emailing about it might very well get you arrested. 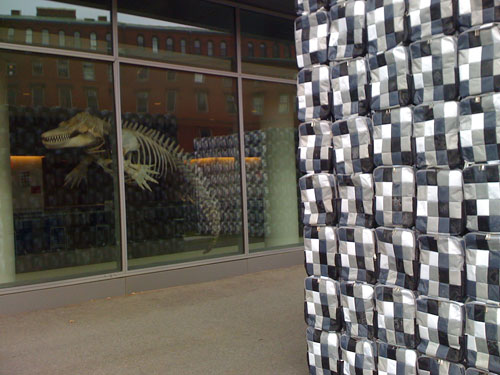 [Untitled, 2011, Ai Wei Wei. An installation at Harvard University of 5000+ children’s backpacks, representing lives lost in the May 2008 Sichuan Province earthquake, due in part to substandard construction, in schools and other buildings. Nearby fossil in present day, not time-traveling.]

casually make up myths, have monstrous and weird plots, use absurd tactics, and even promote feudalism, superstition, fatalism and reincarnation.

— crimes of time-travel on TV and film

In the statement about TV and the fourth dimension, authorities complained about a grab-bag of crimes caused by time-travel on TV, summarizing that it is “treating the [sic] serious history in a frivolous way.” Right. Because trumped-up charges, summary detentions, and forced confessions absolutely do not do that at all.

The worst that can be said about representations of time-travel is that they are escapist fantasy. But when you oversee a system that forbids escape and rewrites reality, fantasy becomes realpolitik very quickly.

China’s rise affects everyone, not just its citizens. China still cannot offer any real value to the world except cheap labour, manufacturing and its own so-called stability. Besides that, I don’t see any creative values and creative minds — thinking — that can be announced from China. It [needs] to have a more reasonable political structure which allows this kind of development to happen.

If this had been a test, your regular TV viewing would have been interrupted by a commercial. Possibly advertising must-have consumer goods, bought here, but made in China.