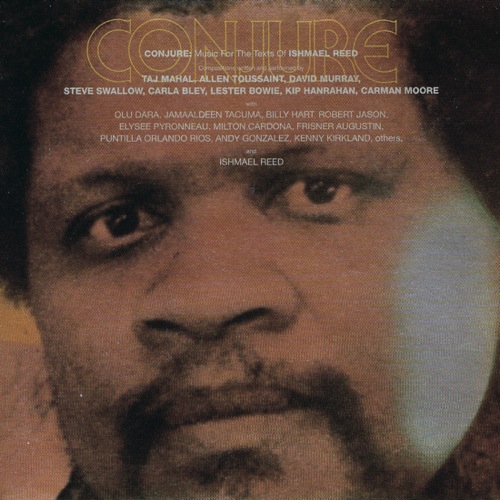 One of the most protean and dynamic figures of American letters, ISHMAEL REED (born 1938) has challenged every sort of oppression, and engaged with the means of presenting news and culture, since his youth in blue-collar Buffalo, where he studied music and acting, and worked in activist journalism. In 1962, he followed his jazz heroes to New York, where he cofounded (and named) the underground newspaper The East Village Other. Though influenced by Charles Wright’s The Wig (1966), Reed’s first novel, The Free Lance Pallbearers (1967), revealed a startlingly original voice — which was further developed in the western satire Yellow Back Radio Broke Down (1969). His inexhaustible “Neo-HooDoo” masterpiece, Mumbo Jumbo (1972), earned Reed an anachronistic name-check, two years later, in Pynchon’s Gravity’s Rainbow; the year after that saw the publication of a less welcome homage, E.L. Doctorow’s best-seller Ragtime, which closely mimicked Mumbo Jumbo’s Jazz Age collage. A tireless and lucid critic of media and political hegemony, Reed has never shirked criticism — he was even denied tenure at UC/Berkeley, where he’d lectured since 1968. It’s possible many readers know his criticism more than the poems, plays, songs, anthologies, print and online magazines through which Reed has fulfilled a promise made in Mumbo Jumbo: “We will make our own future Text.”

On his or her birthday, HiLobrow irregularly pays tribute to one of our high-, low-, no-, or hilobrow heroes. Also born this date: Hugo Ball.