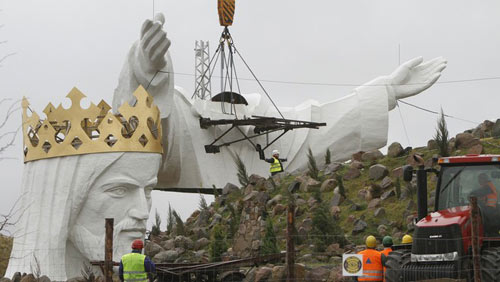 Brazil has just dropped into second place in the larger-than-life-size knickknack race. Topping out at approximately 118 feet tall from sandal to crown (estimates vary from 108 to 167 feet, as some include the mount he stands upon, and some exclude the crown), Jesus of Swiebodzin, Poland reaches just that much closer heavenward than previous world champion Christ the Redeemer in Rio de Janeiro, Brazil, whose estimates range from 98 to 131 feet, if you include the pedestal. Neither estimate takes into account distance from sea level, although perhaps they should. 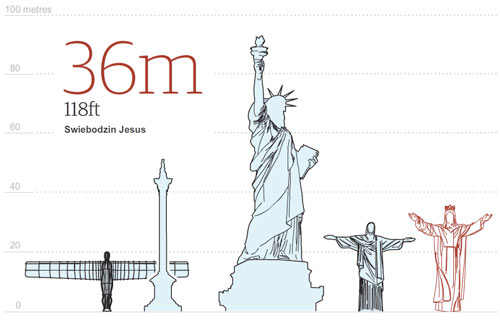 Given its northern European location, it is appropriate that the linear severity of this Jesus takes its art-historical cue from Gothic sculpture, looking not unlike a medieval Virtue trampling a hapless Vice. 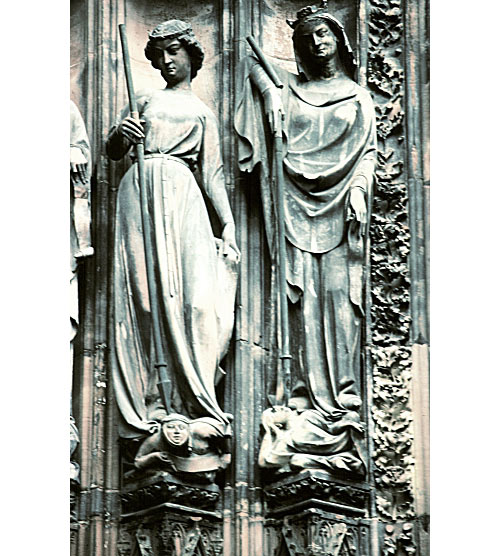 [Virtues trampling Vices in alcoves, Strasbourg Cathedral, the world’s tallest building from 1647 to 1874]

But there’s big, and then there’s big. Unlike the Great Wall of China, Swiebodzin Jesus cannot be seen from space. 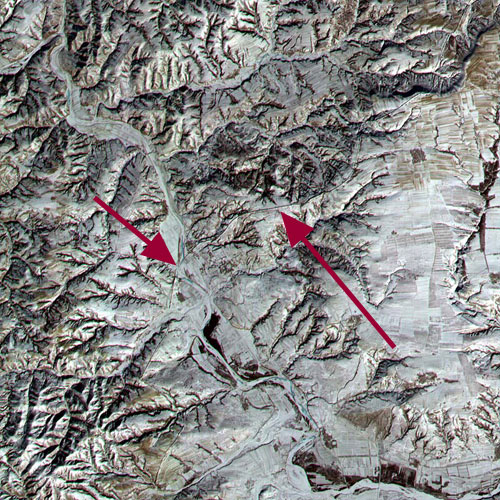 But if you take him down a dimension, you can increase his reach: one could revert to 2D and *draw Jesus, or at least an ἰχθύς in outline, over a continent with GPS. 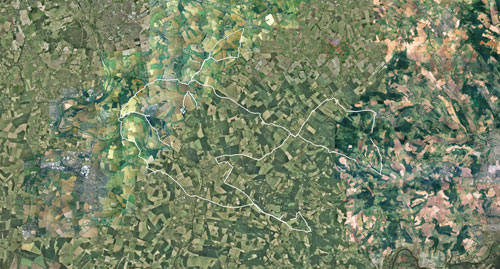 And we should not rule out delegating ambitious iconography to our robot subcontractors. If Project M makes it to the moon, just a few tweaks of the software and “digging for moon rocks” can morph into art; M might set to carving selenic bas-reliefs like a certain obsessive medieval stonemason . . . 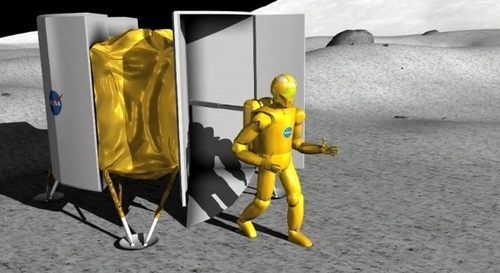