Eadweard J. Muybridge (1830 – 1904) created his stop-motion photography technique to settle a bet by Leland Stanford about whether all 4 of a horse’s hooves leave the ground at the same time during a gallop (they do). He then went on to extend his technique to other questions of bodies in motion, many of them naked.

Muybridge’s atomized, isolated phases perfectly suited the physics of his time, with electrons promenading in discrete orbits around their central, stated purpose. Eadweard Muybridge is not generally credited as the Father of the Animated Gif, but he certainly could be. 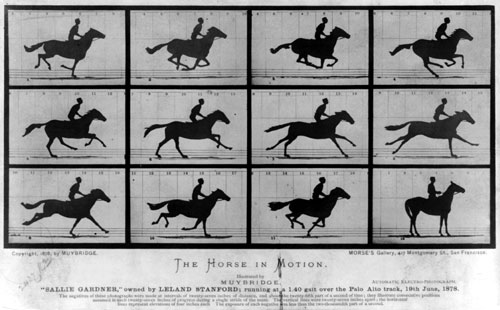 The Muybridgizer, a new app from the Tate Britain, allows you to do the same. Or does it? By contrast, the Muybridgizer seems to capture not particularity, but the post-Relativistic uncertainty of our time. Albeit in retro-chic sepia. Point your iPhone at a moving target, or move around yourself, and the results will reveal zones of probability in which component parts are, at best, somewhat indiscrete. The Muybridgizer’s results are of course due to the timing, single camera setup, and mostly unplanned settings and subject matter. But even relatively clear Muybridgizer’d scenes, such as the bicycle race, or the cat slinking through the doorway, convey more of cloud than clarity. 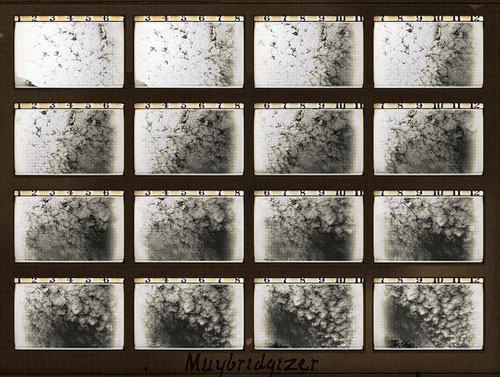 You may know how fast you are going — a little bit faster than an app can capture. But do you know exactly when you are? Or — exactly what? Therein lies the blur. 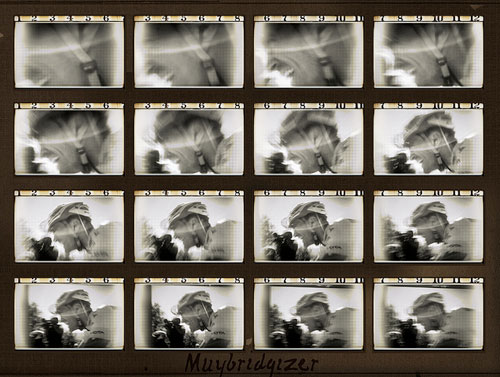 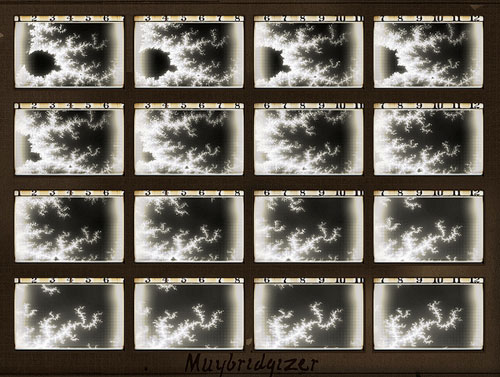 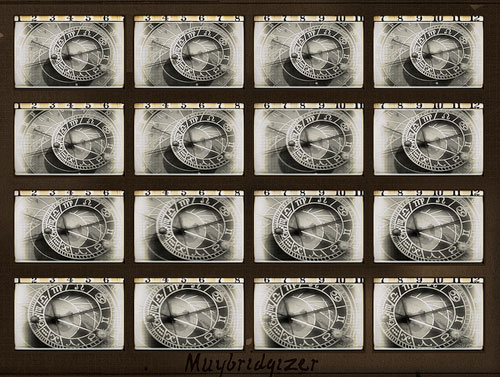 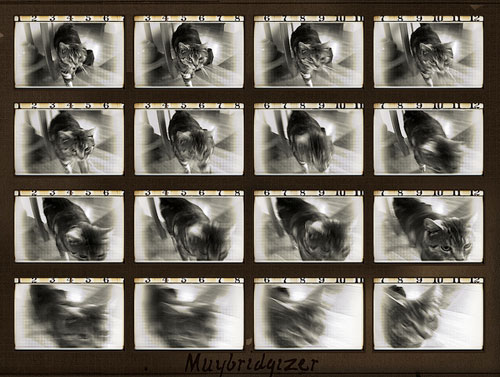