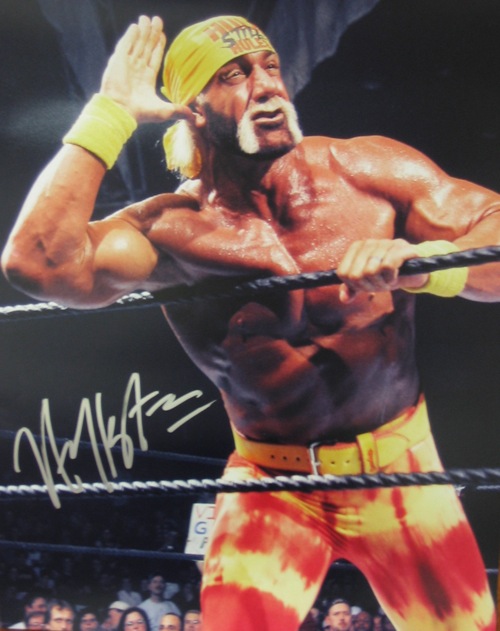 HULK HOGAN (Terry Bollea, born 1953) started as a “heel” (wrestling parlance for bad guy), made a famous turn as a “babyface” (hero) in the 1980s that caused thousands of 13-year-old boys to “Hulk out,” then returned in the ’90s re-heeled. Perhaps there was always a dullness beneath Hogan’s surface — a void that gave rise to a sinking suspicion, even among us 13-year-olds, that all this sturm und drang wasn’t signifying much. And his four “demandments” (“Train, Say Your Prayers, Eat Your Vitamins, Believe in Yourself”), not to mention his recent forays into reality TV, are more middle- than lowbrow. Yet Hogan’s giant blondness held a magnificent pantheon in orbit: Jimmy “Superfly” Snooka, George “The Animal” Steele, The Iron Sheik, King Kong Bundy, The Junkyard Dog, and, of course, his nemeses Rowdy Roddy Piper and André the Giant. Without Hogan’s monstrous, monolithic dullness occupying the middle, they wouldn’t have been free to wave Iranian flags, eat turnbuckles, and fly above the ring.

Each day, HILOBROW pays tribute to one of our favorite high-, low-, no-, or hilobrow heroes on that person’s birthday. Also born this date: Steve Wozniak and Odile Crick.