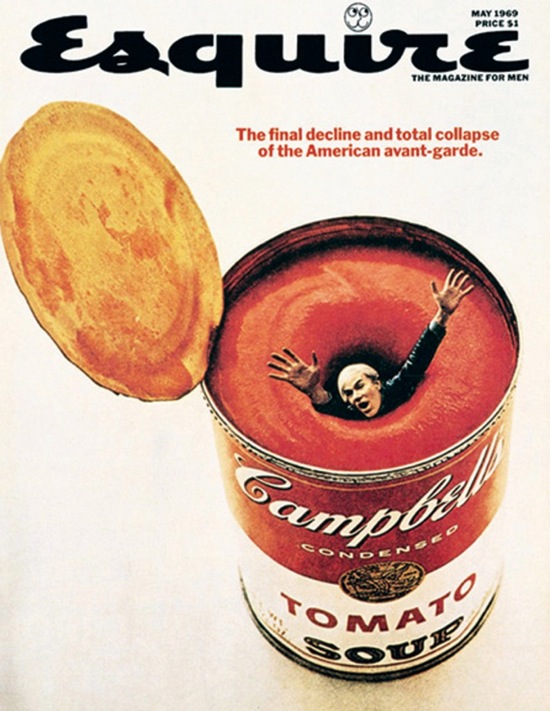 Q: What does art look like when it becomes philosophy? A: A lot like a pale introvert in a fright wig. ANDY WARHOL (Andrew Warhola, 1928-87) used insights from advertising to fuel a thorough reexamination of the meaning of the image. For Warhol, the meaning was the image. He came of artistic age in the “Pop Art” moment, when artists were rebelling against the lush lines of Abstract Expressionism and turning to mass media (comic strips, billboards) instead. His output was prodigious. It would be as wrong to favor any one Andy — Andy of the soup cans, Andy the celebrity, Andy the canny businessman, Andy the filmmaker, Andy the music producer, Andy the aphorist, Andy the arbiter of hip — as it would be to disparage the others. The real Andy lounges amongst his creations, affecting disaffectation. Warhol helped redefine the artistic gesture from the brushstroke to the idea. But unlike highbrow conceptualists, Warhol’s idea was the value proposition of everyday economic life, in which art is machine-printed, badly drawn, and in the service of the sell — but available to everyone. In this way he also reclaimed kitsch, though without claiming to. The muse of mechanical reproduction, Warhol insisted upon WYSIWYG; he did not so much dispense with Benjaminian concerns about the aura of an artwork as remain unconcerned. Warhol embraced the values of mechanism, and — amazingly — so did everyone else. It’s Andy’s art world, we just live in it.

READ MORE about the Postmodernist generation (1924-33).