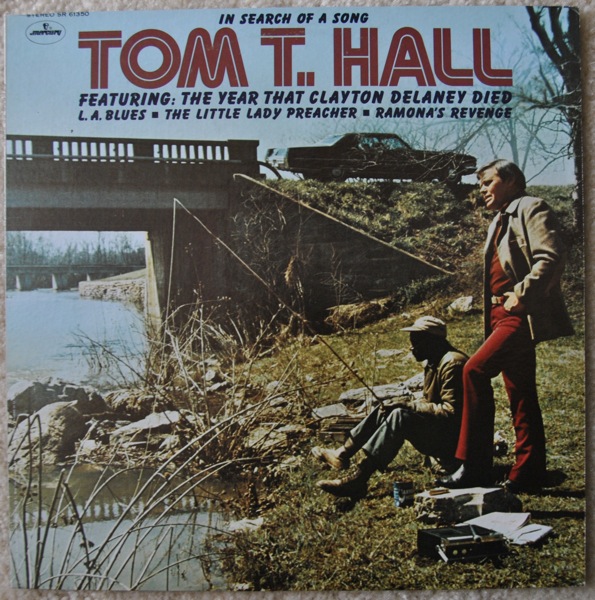 When the story of post-war Southern Literature is fully told, at least one songwriter will stand among the best and his name is TOM T. HALL (born 1936). He came from deep in the bluegrass belt, Olive Hill, Kentucky, joined the Army, studied journalism, and worked as a DJ in Salem, Virginia, from where he landed a Nashville publishing deal. Minor hits followed, then an odd #1 with Johnnie Wright and “Hello Vietnam” (1965), and another, more characteristic of Hall’s mature genius, Jeannie C. Riley’s “Harper Valley PTA” (1968) offering narrative, character, critique and ambiguity galore in three minutes. Like nearly all country artists–including his closest forebear, Johnny Cash– Hall was party to mere product, but his Nixon-era masterpieces are unassailable: “Ballad of 40 Dollars,” “Homecoming,” “Margie’s At The Lincoln Park Inn,” “She Gave Her Heart To Jethro” and dozens more stories from a world without heroes or anti-heroes, just folks, including those in 1970’s “Mama Bake A Pie (Daddy Kill A Chicken)”:

The war is over for me, I’ve forgotten everything except the pain

Thank you sir, and yes sir, it was worth it for the ol’ red, white and blue

The bottle hidden underneath the blanket over my two battered legs

I can see the stewardess make over me and ask “Were you afraid?”