Children of the Volcano (2) 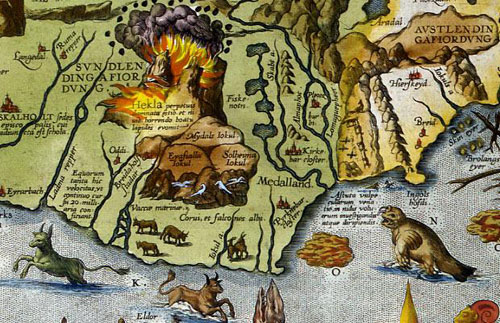 Last week on HiLobrow Matthew Battles addressed a missing link in the Icelandic sagas — unaccountably, they included no volcanoes! And yet, we know that there were volcanoes, as much as there were Vikings, and auroras, and glaciers, and story-songs summoning wizards and adventures to while away the long northern nights.

But the tales were first lives and the words were first sounds. In a similar spirit of creative elaboration, I offer these sounds of the saga to fill the sonic gap.