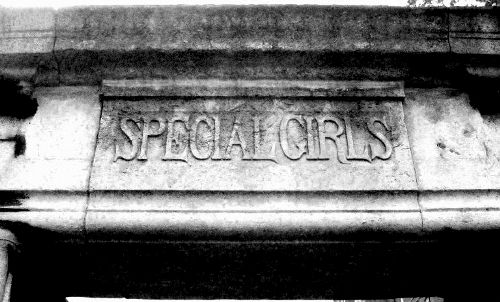 Some of you may have understood this as soon as I had thought of writing it, but the telepathy microfiction contest has reverberated invisibly from last week into this. There will be no new Magister Ludi challenge set today; instead, you have until the coming Sunday, April 25, to submit your parsimonious parapsychological tales. The rubric for the competition can be found here.

The story that most successfully stimulates the cerebra of the judges, whether directly or at a distance, will earn its author the following: a HiLobrow t-shirt; a copy of The Idler’s Glossary;  publication of the story on HiLobrow.com; and a public reading of the story at the fourth episode of “Parallel Universe: Pazzo”, the world’s first and only Radium Age science fiction podcast.

In addition to reading the winning story, HILOBROW’s contributors and friends will present excerpts from Otis Adelbert Kline’s “Planet of Peril,” Homer Eon Flint’s “The Devolutionist,” H. Rider Haggard’s “When the World Shook,” A. Merritt’s “The Face in the Abyss,” Edwin Lester Arnold’s “Lieut. Gullivar Jones: His Vacation,” Garrett P. Serviss’ “A Columbus of Space,” Edgar Rice Burroughs’ “A Princess of Mars,” and Olaf Stapledon’s “Last Men in London.” Plus, a pre-Radium Age reading: Edward Bulwer-Lytton’s “The Coming Race.”

As always, Peggy Nelson will accompany the readings with an original theremin score.

Beer will be served. Feel free to bring along a bottle of wine. Older children, who can listen to stories quietly for an hour and a half, are welcome. Please bring beverages for them, though.