Desolate, yet all undaunted, on this desert land enchanted —

Yet what if it’s still inhabited, after a fashion? 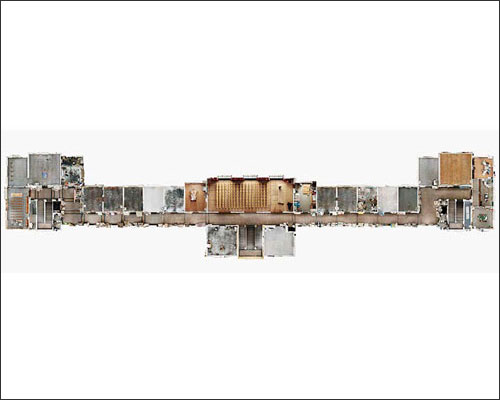 Andreas Gefeller, profiled by Stephanie Mitchell on Harvard’s Nieman Storyboard recently, photographs interior and exterior spaces from a hovercar perspective, stitching together hundreds of smaller images to make large-scale aerial collages, assembling evidence for future anthropologists. The result of both scrupulous documentation and massive digital manipulation, he offers us a raven’s-eye view of the spaces we’re still living in, empty of us but full of what we leave behind on a daily or hourly basis.

Less formalized and earnestly objective than the industrial portraits of Bernd and Hilla Becher, Gefeller’s work is more playful and subjective, while no less obsessively documentarian. Ohne Titel (Kunstakademie, R 217) seems to offer us Jackson Pollock: not the prophet of the future, but a subjective chronicler of a variegated past. 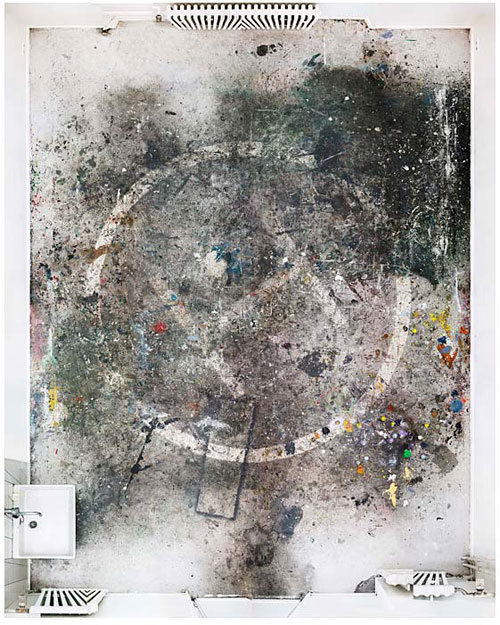 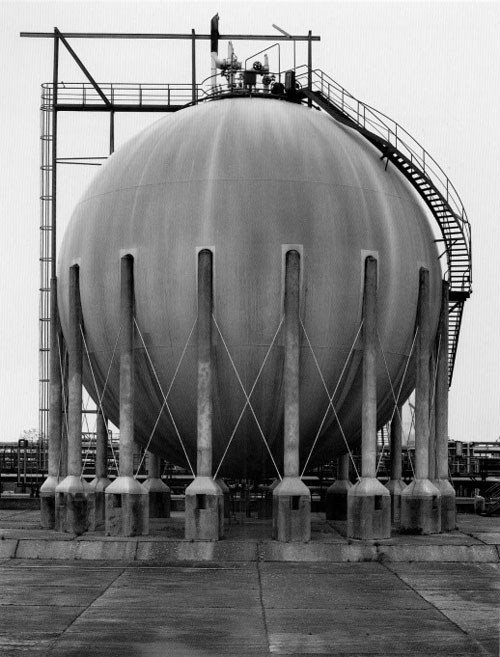 You might think such a detailed, almost photojournalistic overview would provide a perfect narrative frame — or better, game; a treasure hunt for a protagonist. The residue of a quest or a life, the intersections of action and adventure, are known to the present and the future alike only by their more substantial, slower-to-decay artifacts. Detail shots present baroque yet spare dioramas, with room for technology’s inevitable embeds and immersions. Imagine: the woman is walking, here. The man will look, there. The child drops the toy, then becomes distracted by a plane out the window: a frame, a “still,” and we project the quickening and the reeling forth. 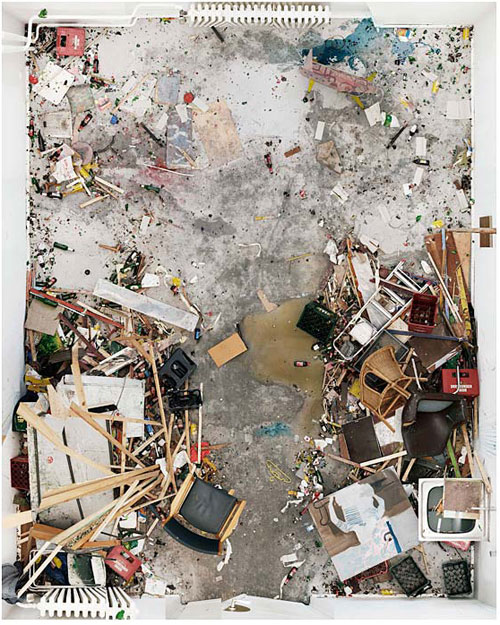 Of course this takes forever. The rooms have roofs, the yards have trees. Gefeller can’t just zoom in from Google Earth. He attaches his camera to a boom and inches over the space, inch inch inch inch, then stitches together the hundreds, or thousands, of photos into a single final view. 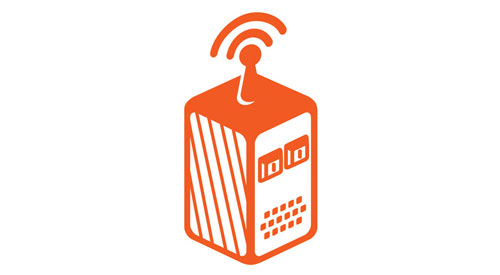 Akin to the #slowtwitter movement, Gefeller’s process increments along, segmenting out the flow of everyday life and eventually accreting to significance, if indeed we rate significance by the size of the midden. But unlike #slowtwitter, which is never just a single tweet but a process of craft that unfolds over time, Gefeller’s images are experienced all at once, presenting more of a objet than a relationship, to all except the artist himself.

The scenes do indicate narrative possibilities. But what story are they telling? Perhaps it’s not so much a story of space, but of time. An image captured in slow motion yields only the memories of movement, not the movers themselves. Slow down enough and all fast things become a vague blur: Insects. Cosmic Rays. Thoughts. People. 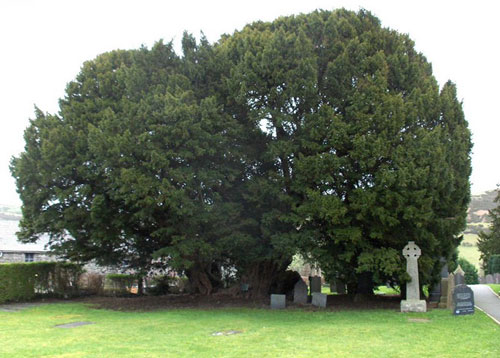 [Llangernyw Yew, courtesy Wikimedia commons, from The Oldest Trees on the Planet by Tia Ghose for Wired.com]

To a tree, we hardly register. Our lives are a summer season, one long forgotten in the vast before. At best we’re a decorative beetle, inscribing scars that long outlast their proximate urgency. At worst we’re a mysterious plague, a wake of sudden death, implied only because everything must have some cause.

And yet the fast leave their mark on the slow. Something is left, when we go. 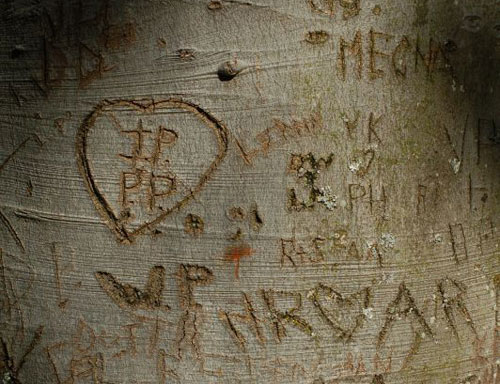 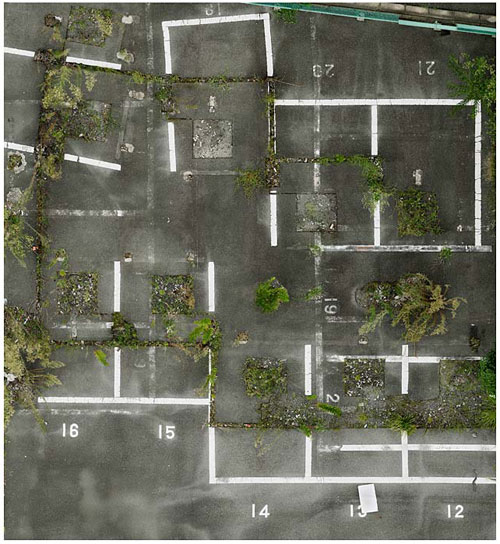 We like the idea of the ghost town, we think we want to visit. It amuses us to limn the edges. But amusement is a daytime game, when the busyness of the world keeps us fast. At night, the lines blur. We slide, a bit, into other time; we slow and see with other eyes. Better to turn on the cable. Better to go back to the city, maybe right now? The field has turned trippy. We want to turn away, we’re suddenly unsure.

In these depopulated landscapes we may not see ghosts, but the fear is there. For these are our edges, externalized; made simple and manifest in our dwellings. Safe inside for now, with our heads at ease reclining, we have our bust of Pallas and velvet cushions by the door.

And the feral watches from behind our eyes, implacably, and waits. And nothing more. 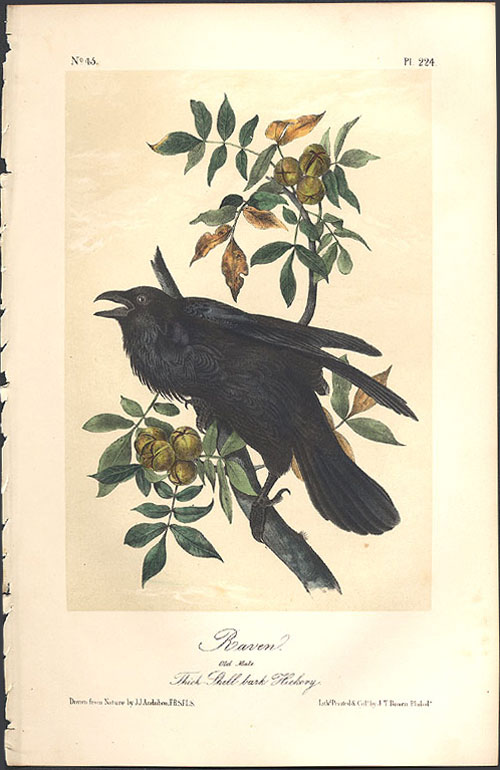