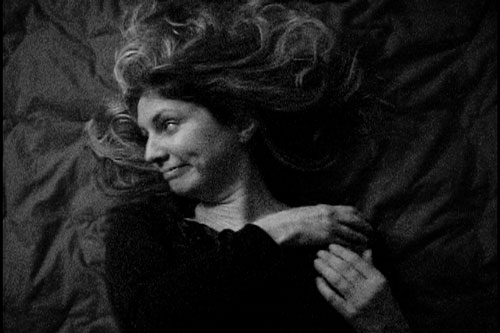 My latest “film” is a Twitter movie. It’s about Adele Hugo, the youngest daughter of Victor Hugo (yes that Victor Hugo), who poured most of her creative energies into chasing a guy who “just wasn’t that into her.“

You may remember her as the doomed heroine of Francois Truffaut’s “The Story of Adele H,” in which an ethereal and luminous (and 19-yr-old!) Isabelle Adjani plays 40something Adele. My first encounter with this story was – oddly reassuring. I thought, oh, how familiar! My second was – had Adele lived now, with feminism and careers and public voices and rooms of our own – would the same thing have happened?

Why a movie? Because Twitter happens in time, and in one direction – people read it in little interruptions throughout the day; no one looks back. It’s a time-based medium like film. But a central component is intentionally missing, i.e., the moving images! The Twitter film happens in your head, much as Adele’s life happened in hers.

In dealing with the “gap” in this way I was strongly influenced by Fluxus, the midcentury conceptual art movement. Embracing a Dada sensibility that blended social critique with a sense of philosophical absurdity, Fluxus works emphasized events over products, unconventional materials, chance occurrences, and a sense of humor. 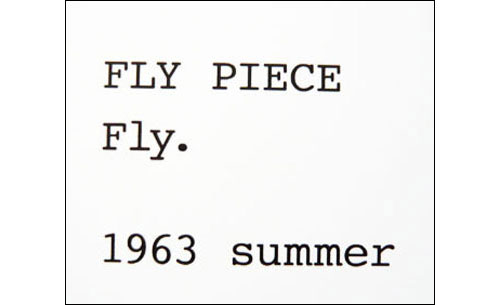 For Adele my inspiration was Yoko Ono’s Instruction Pieces, where the paintings are removed but the index cards remain, and the viewer is left to imagine the painting, or the installation, or the event. Art is not an object, art is a relation – something Adele sensed, but imperfectly. She tried to turn her relationship into her art. Yeah, that pretty much doesn’t work.

All that’s left is just
letters, “It was too much,” Mike says.

The qualities Adele applied to her personal life (or her attempt thereof) – perseverance, imagination – are ones absolutely essential to an artist. Or to an activist. Or to a CEO. In short, they’re necessary qualities for getting on in the world. If you turn them inward, you’ll destroy the relationship, and yourself – whether he’s “into you” or not!

Adele lived her life as a fantasy, between the novels and the real-life-as-literature and the master/monster manipulator father who was her role model for life and art and the high-Victorian séances – and her very real talent. Said to be a better wordsmith than her dad (by her dad), we still cannot evaluate her oeuvre, since she wrote prolifically in a code that has been deciphered but not fully translated. It’s manual labor, handwriting to code to French (and then to English, natch), and it’s women’s work. Literally! It was not until the rise of Women’s Studies in the late 1960s that neglected forms of discourse like women’s journals were recognized as appropriate objects of the literary gaze, and it was not until basically now that Adele’s performance/identity mashup could be recognized as an artwork itself. She did not intend it as such. But it was. Which is why I’m re-enacting it.

For us these mashups are the new normal! Stop and think for a minute about how weird that is. We’ve been doing this online for awhile now – even if we’re using our real name and not overtly “pretending” to be someone, or something, else, we are performing every time we hit “send.” Even in email. Everything is writing, and every written communication, even in real time, even an OMG, is a performance. It’s not you, it’s an enhanced slice of you. It’s got its own frame, it claims its own three-quarter view. Well: that’s art! Maybe you’re good at it and maybe you’re not, but the virtual (art) studio is our cultural commons now, and we’re all out there gamboling in mufti.

So there’s an appropriateness to the appropriation. Our fantasy worlds have been codified and externalized into virtual reality, and Adele’s existence in her head maps perfectly onto her re-enactment online. In fact, she reflects on that fact in her blog, bracketing in code what she bracketed in cipher back then. We’ve inverted the default privacy settings and broadcast our journalings, while the implosion of publishing and the commodification inherent in the gallery system keeps many of our official artworks domesticated and homebound. Twitter is her chronicle, her plot and her dramatic arc. The blog is her interior, her mirror and her goad.

It’s twelve poems, I call
it ORANGES. And one day in a gallery
I see Mike’s painting, called SARDINES.

Right now Adele is in Halifax. You can catch up with her there.

Adele on Twitter:@adelehugo
Adele’s blog: In Search of Adele H
Adele in OtherZine: A Twitter Movie