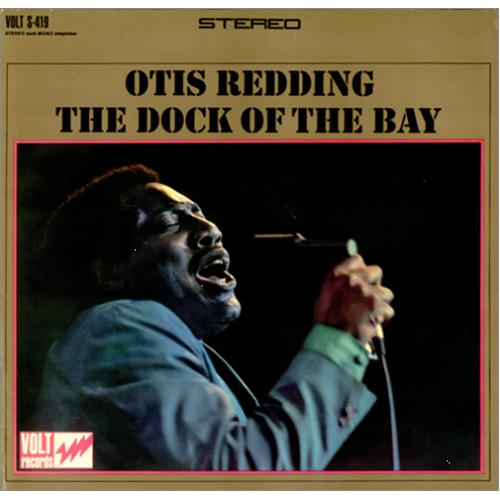 “I’m sittin’ on the dock of the bay/Watching the tide roll away/Oooh, I’m just sittin’ on the dock of the bay/Wastin’ time….” Time was one thing that OTIS REDDING (1941–67) didn’t have to waste. Posthumously dubbed the King of Soul for his ability to convey intense emotion in spirit-thrashing song, he died in a plane crash at 26. Best known for the gravelly exhaustion and desperate longing displayed in R&B hits like “I’ve Been Loving You Too Long” and “Try a Little Tenderness,” Redding seemed to be headed in a new direction with his rockin’ performance at the 1967 Monterey International Pop Festival. “(Sittin’ On) The Dock of the Bay,” a masterpiece of lassitude, was recorded only days before his death and was, in Redding’s opinion, unfinished. The whistled verse at the end, oft considered the apotheosis of summertime languor, was actually filler thrown in as placeholder until Redding could come up with new lyrics. Still, along with “Shake” and “Try a Little Tenderness,” “(Sittin’ On) The Dock of the Bay” made the Rock and Roll Hall of Fame’s list of the “500 Songs that Shaped Rock and Roll.” How fitting that it, like the genre it shaped and the man who helped shape it, was a work in progress.