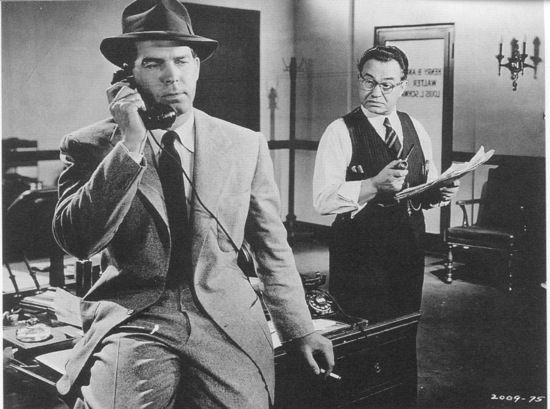 Though often cast as a lovable father in middlebrow comedies like The Shaggy Dog and the long-running TV show My Three Sons, FRED MACMURRAY (1908-91) was more convincing in noir films. In Double Indemnity (1944), for example, he played an affable but cold-blooded insurance salesman who, upon confessing to the murder of his lover’s husband, asked: “How could I have known that murder can sometimes smell like honeysuckle?” MacMurray’s charming demeanor and crooked smile may have disarmed a generation of housewives and Disney fans, but his ability to pull off the role of scheming murderer with such aplomb leads me to wonder if he was an evil Mister Rogers, hiding a black heart beneath his cardigan.