“These are issues that Facebook no doubt wishes it could avoid entirely. But death, of course, is unavoidable, and so Facebook must find a way to integrate it into the social experience online.”– NYT July 17th As Facebook Users Die, Ghosts Reach Out

I have been on the internet longer than most and less than some, but was around before there was a web, before there was “social networking,” and before people I know started to die. As it turns out very few of the now-dead that I know  have actually had much of an internet presence, and so my encounters with digital ghosts are relatively few and far between. This is changing. 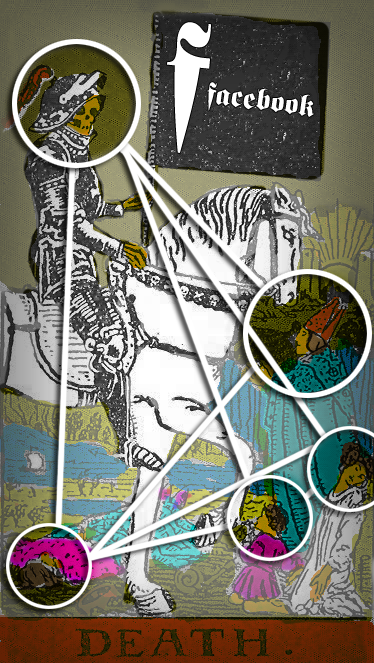 Facebook reminders to “re-connect” with the dead have become so frequent that the Times recently ran an article on the phenomena. But while the Times article outlines the experience quite well, it fails to correctly identify the true horror in these hauntings.  Ghosts in real life, and even on most of the Internet,  are flickers, memories, accidental reminders slipped sideways out of context. These kind of ghosts are a letter stuck inside a book, a photograph you forgot you had, a business card found in your pocket. Such unexpected visitations are are upsetting, but not necessarily gruesome.

Facebook ghosts on the other hand are zombies: the bodies of the dead reanimated to do the bidding of The Gnomon. These are not ghosts of lost love whispering across the back of your neck, these are the corpses of dead celebrities lurching unconvincingly in virtual space, encouraging you to buy more snack food.

Facebook is of course not the only company responsible for advertising through necromancy. This is what will become an increasingly familiar consequence of our choice to move our most intimate lives online into privately held information gardens whose purpose is to monetize our presence (alive or dead) in order to reap advertising dollars. That we have moved our selves into digital space is neither surprising nor necessarily upsetting, but our method of approaching the state of distributed intelligence has wrought armies of these new creatures: Internet Zombies are our own fault.

Of course there are plenty of other less horrible ways to encounter death online, even through the fracturing and projection of self.

Roleplay in virtual worlds, MMPORGs, Second Life, even Facebook and Twitter is an increasingly important means of engaging with the world and with each other on both sides of the veil. There is a woman I met on Second Life who occasionally logs into her dead husband’s account to be closer to him when she is lonely. 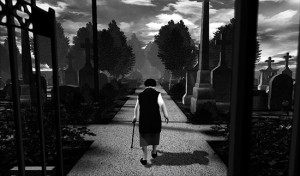 The Graveyard is a kind of game that encourages you to play a woman walking through a cemetery, old and full of memory. This game is a free, a pay version adds only one thing: the possibility that you may die. 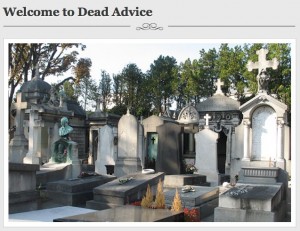 Dead Advice, a project by the appropriately named Felix Jung, was inspired in part by cyclic subway trips – dips below the earth while reading Thomas Lynch’s collection of essays on mortality. This site encourages visitors to imagine themselves dead, reflect back and write a letter to the world beginning with the phrase Now that I’m Dead…. The results are touching and occasionally funny and the exercise is worth the effort, even if you chose not to share you own advice. 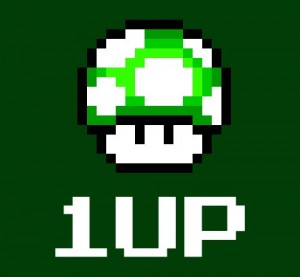 Humans have always sought contact with the lost in the invisible aether, through prayer, through mediums, through post-humanist attempts to upload the soul into the uncorruptable cloud. The digital allows us to live multiple lives in parallel, and also to die multiple deaths, to be reborn, to experience at least a simulacrum of conscious saṃsāra. But even as we grab onto our multiple lives we should not forget to also own our deaths, lest they haunt us to our graves with a reminder to RE-CONNECT. 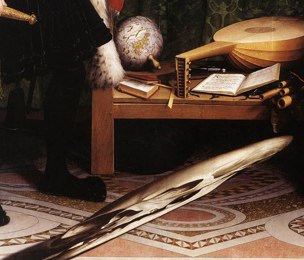