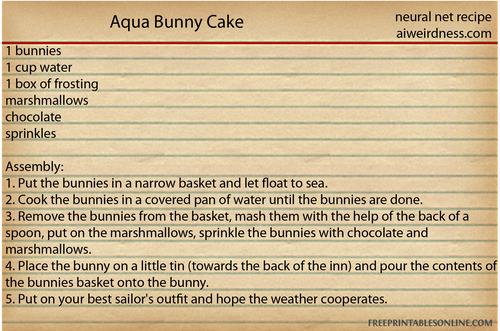 Jello gets a bad rap, chef-wise. You’re not going to see anything in aspic outside of an Edwardian costume drama or a midcentury happy homemaker recipe booklet, one perhaps issued by General Foods* itself. But for a beginner cook, what could be easier? Open the packet, add water (and perhaps some other ingredients), chill and serve.

And if it’s so easy for beginner cooks, what about beginner… intelligences?

Janelle Shane, a research scientist and engineer who works on computer-controlled holograms for studying the brain, has realized that Vaal is hungry, and we must feed Vaal — with jello recipes. The results are something only an artificial happy homemaker could love. 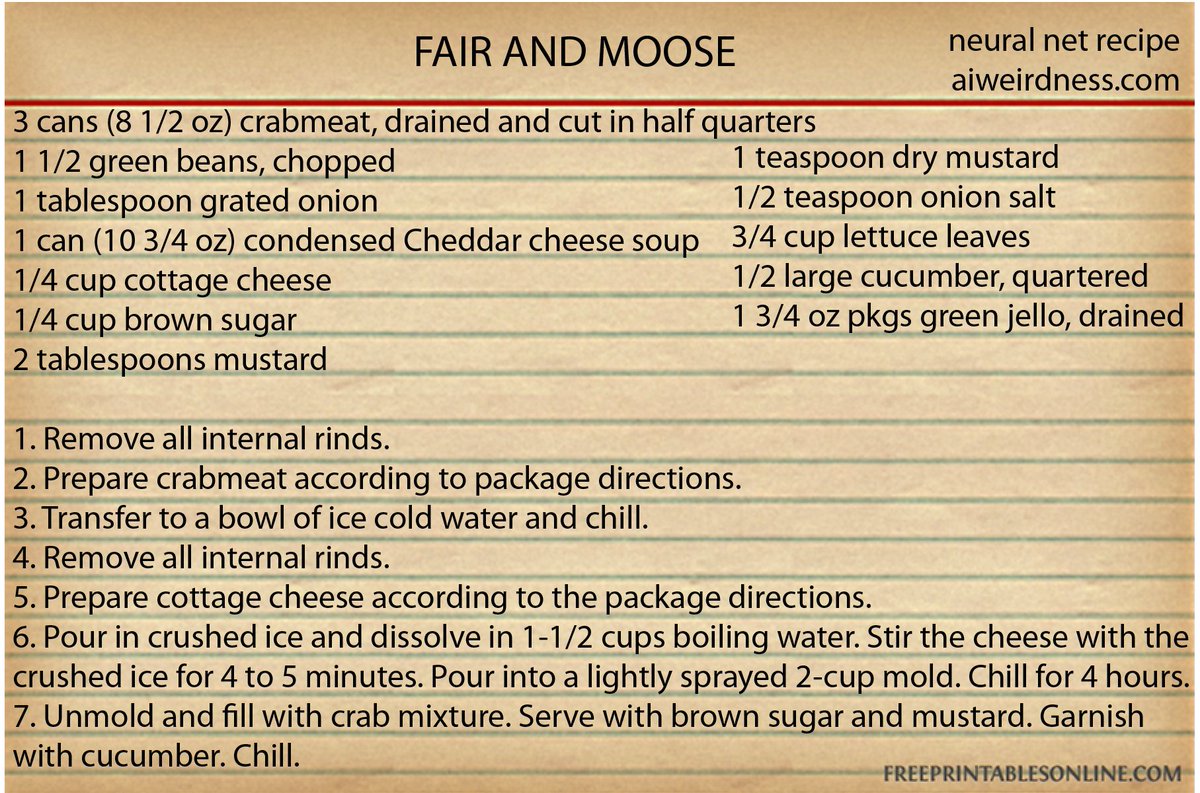 But this is not just an experiment in weirdness. Shane uses humor to highlight the fact that neural nets, and AI in general, are programs written by humans, sequences of logical loops created to test assumptions about hypotheses about parts of the brain, or the mind. We create a simplified model of part of how we think the brain works, or how we think that we think, and then parade it back into the world, grandly, as artificial intelligence, instead of what it actually is, a stick figure — or actually, a collection of lines in a space, to which our (non-artificial) mind adds its pattern-making superpower, convincing ourselves that we see a face. 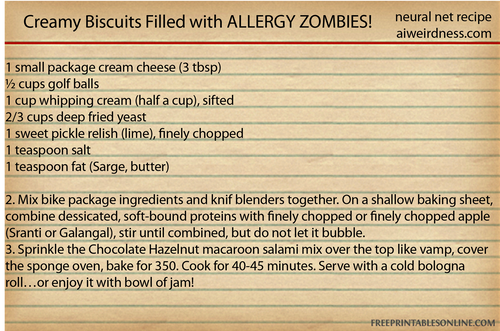 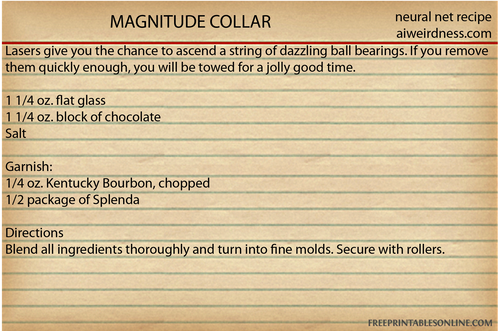 Instead of having the AI play chess, or ace a high school algebra test, Shane aimed the program at the very simplest of simple recipes, soliciting real recipes from across the crowdsourced universe in order to better train her ward, and providing, as she emphasizes “…a lesson in why humans should never trust what a neural net says just because it’s based on math.”

Great job on the lesson, everyone. Snack? 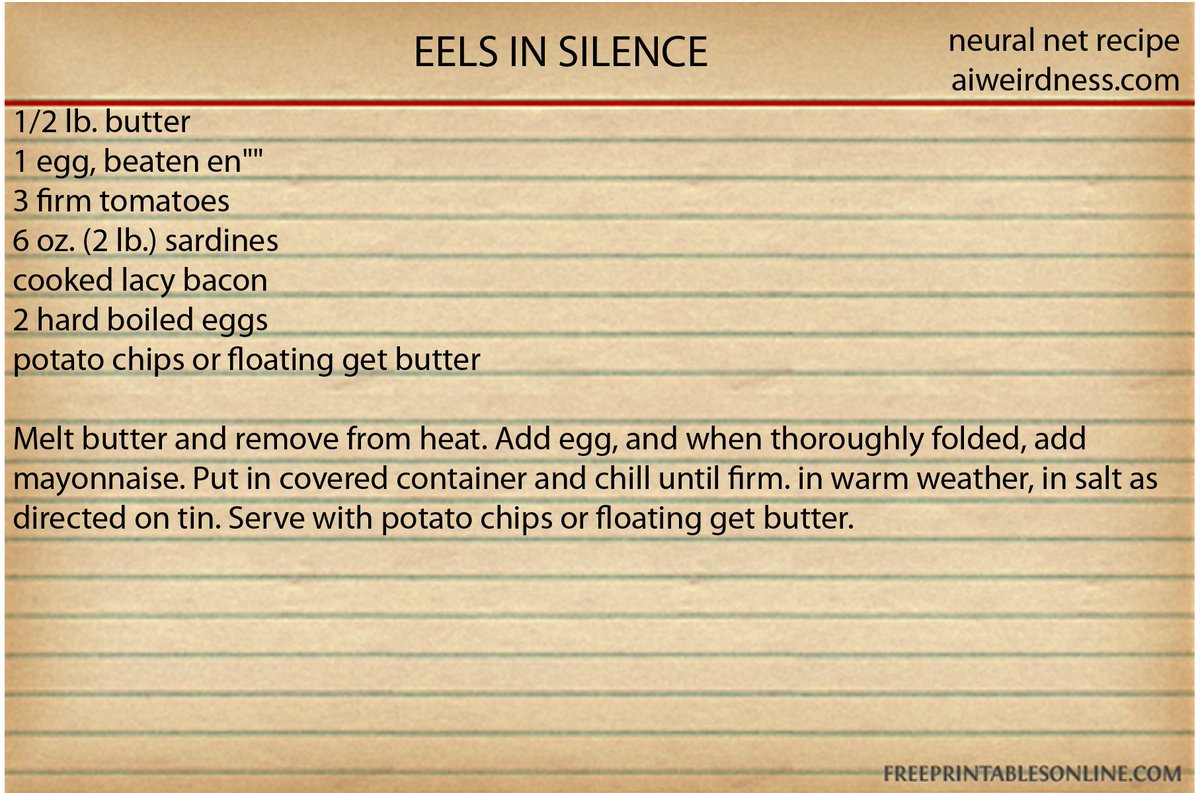 Janelle Shane: Twitter, website, blog
AI Weirdness blog: AI Weirdness
Book: You Look Like a Thing and I Love You
TED Talk: The Danger of AI is Weirder Than You Think