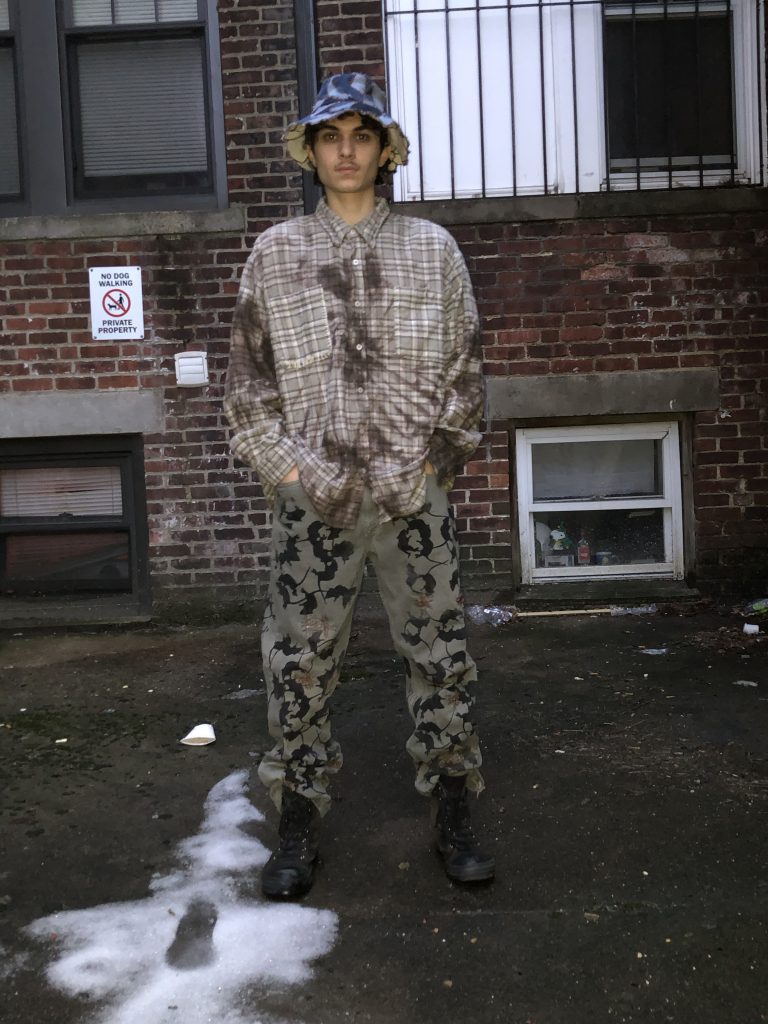 This look is made up of patchwork and reconstructed garments. Clothes can be very exciting and tell stories, like how a mouse has been living in our house and we haven’t been able to catch it!