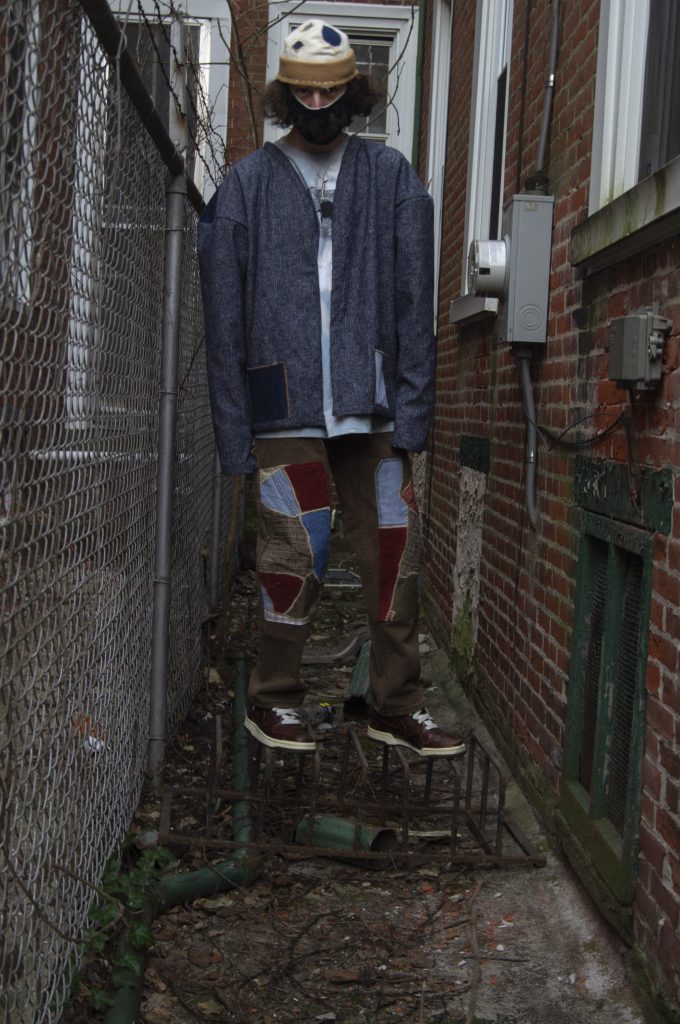 The Made at Home looks were attempts to make products that reflected the limitation we have felt while staying put in our home and to make some simple pieces stand out more and to tell the story of frustration and turmoil felt from being locked at home with yourself. All made with single-needle tailoring.