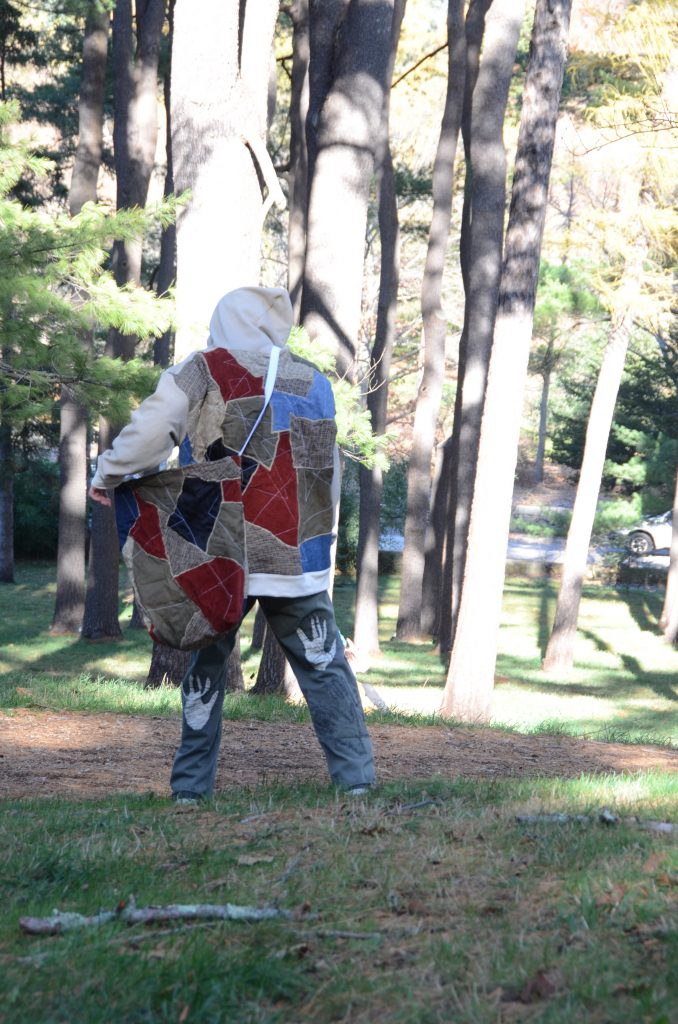 The Mosaic collection was a reflection of the fear or losing the use of one’s hands as a visual artist and craftsman. The process is a tedious one and the hope was to convey tedious and frustrating emotions as it can be difficult to sew with increasingly stiffening fingers and hands.