Actually no, no it isn’t… spring has gone. Summer is here! The summer of our pandemic discontent, that is. But if amusement parks, carnivals, sporting events and bars are off-limits thanks to COVID-19, we can still satisfy a seasonal yearning for some old-timey music. Especially songs that… explain our ongoing economic meltdown. Right? 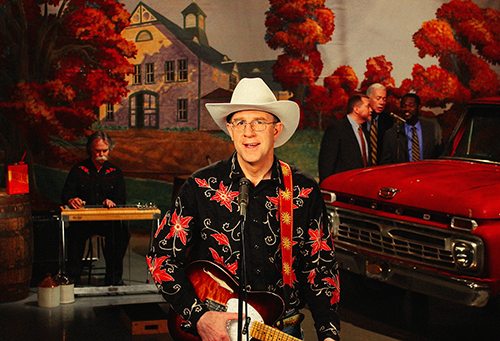 Right. Eye Candy is pleased to introduce Merle Hazard (one ‘z’ no ‘gg’s’), “America’s Foremost Country Singer/Economist”. Possessed of some bona-fide country pipes, and accompanied by a band of multi-instrumentalists, not to mention some fine fringed accessories, Hazard is a country singer in an old-yet-new mode: country songs about the state of the country. More specifically, the state of the economy, as Hazard (via his default-world alter ego, Jon Shayne) is an economist by profession and heads Shayne & Co., a Nashville investment advisory firm.

How Long (Will Interest Rates Stay Low)?, by Merle Hazard

The Ballad of Diamond Jim (A Tale of Too-Big-to-Fail Banking), by Merle Hazard

Given an initial contextual push by the Great Recession of 2008, Hazard’s compositions go on to explain (and skewer) such topics as the Fed, interest rates, the challenges of a ‘dual mandate’ economy, debt in the EU, and concepts like “too big to fail”, among many others. And now, thanks(?) to the global virus pandemic and corresponding economic meltdown, his songs are more relevant than ever.

In the Hamptons, by Merle Hazard

Hazard follows in the tradition of master satirist Tom Lehrer, whose songs skewering the late-60s political landscape were couched in an older, gentler musical idiom (post-vaudeville musical theater of the 30s).

So Long Mom (A Song for WW III), by Tom Lehrer:

Both share the math/music connection. In a 2018 article Lehrer explains:

Lehrer — who grew up on New York City’s Upper East Side — certainly sees a connection between his mathematical training, which began at Harvard at the prodigiously young age of 14, and his compositions. He was drawn to songwriting in his teens; after failing to respond to classical-music training, he switched to the study of popular music. In an interview in 2000, he summed up the fields’ dual impact. “The logical mind, the precision, is the same that’s involved in math as in lyrics,” he said. “It’s like a puzzle, to write a song.”

Hazard uses fiddles, banjos, and other twangy strings and chords to evoke old-timey bluegrass and hootennanny while aiming his lyrics straight at the 21st century’s virtual money-trails. And since he’s an economist, they’re right on the money.

Eye Candy’s current favorite, however, focuses on something rather less remunerative, atonal music:

Gimme Some of That) Ol’ Atonal Music, by Merle Hazard feat. Alison Brown:

Which contains the only bridge of which Eye Candy is aware to sample John Cage’s 4’33”. 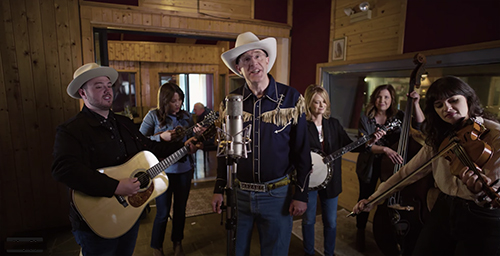