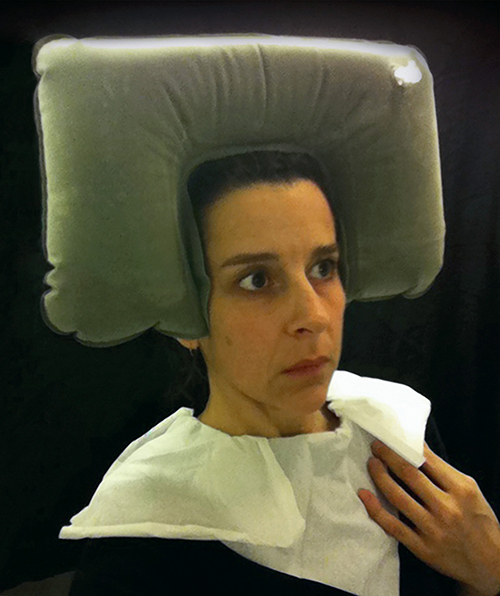 At the turning of the year, it is appropriate to think about time. How many of us have mused that we may be a man or woman out of time — not that we don’t have enough of it, but that we are somehow misplaced here in the 21st century, and actually more properly situated in some specific past era? Perhaps some of us, with a little accessorizing, might even look the part? 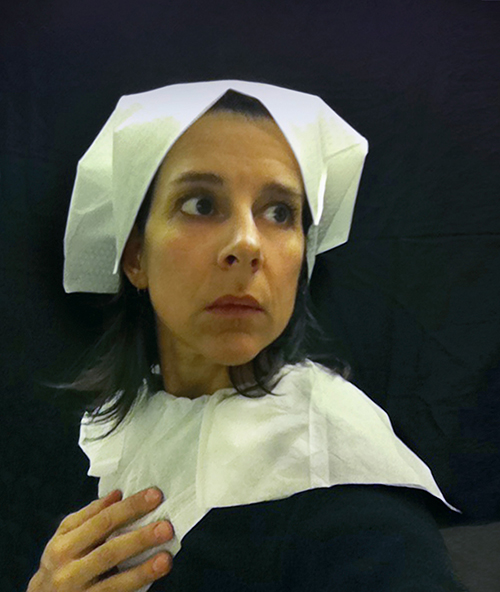 Photographer and multi-hyphenate artist Nina Katchadourian may have had thoughts similar to these as she made faces at herself in an airplane lavatory mirror back in 2011. In that unlikely, and very 21st-century, location, she time-traveled back to the renaissance, and with the help of bits of toilet paper, seat covers, and her phone camera, simulated uncanny self-portraits in the style of North European renaissance portraiture. 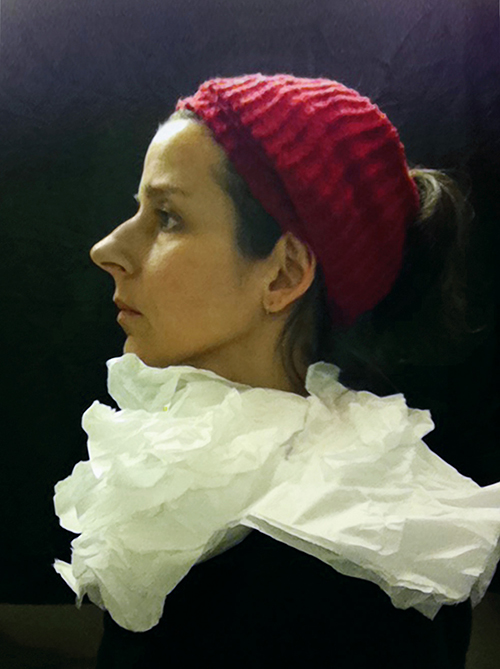 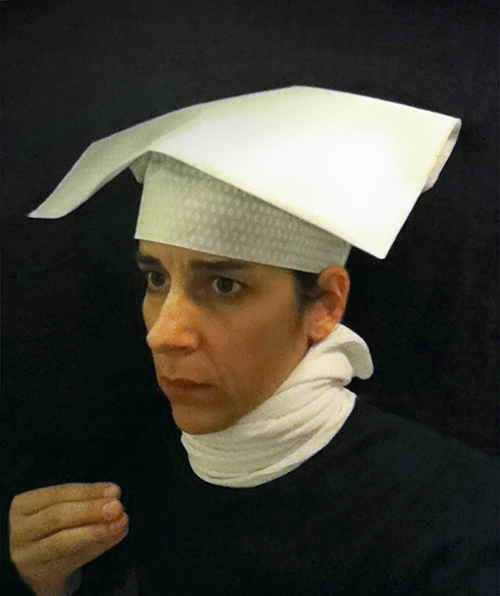 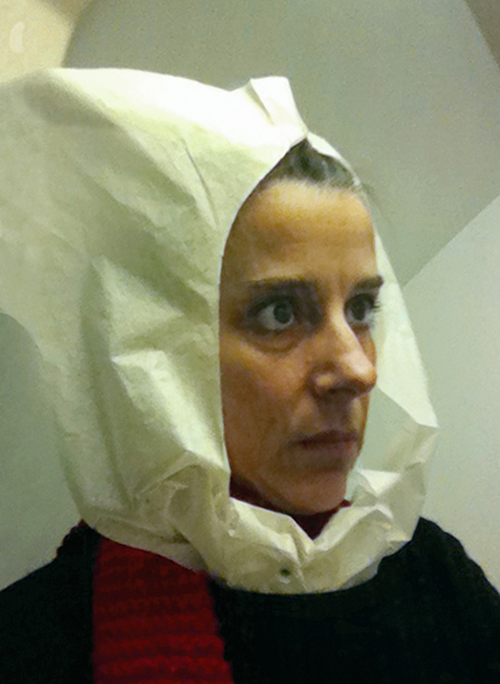 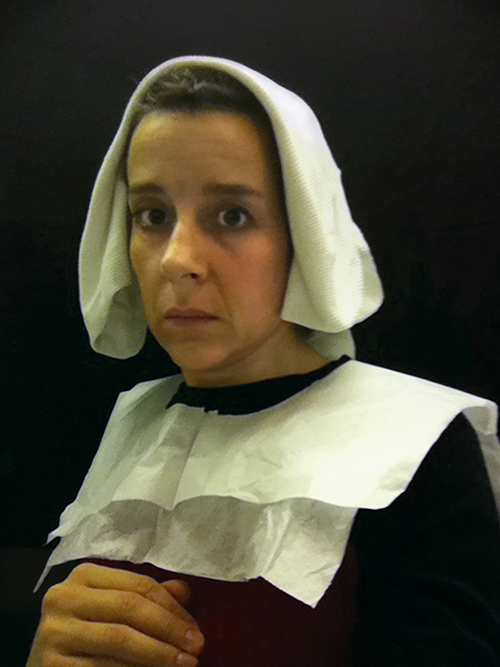 From her portfolio site:

While in the lavatory on a domestic flight in January 2011, I spontaneously put a tissue paper toilet cover seat cover over my head and took a picture in the mirror using my cellphone. The image evoked 15th-century Flemish portraiture. I decided to add more images made in this mode and planned to take advantage of a long-haul flight from San Francisco to Auckland, guessing that there were likely to be long periods of time when no one was using the lavatory on the 14-hour flight. I made several forays to the bathroom from my aisle seat, and by the time we landed I had a large group of new photographs entitled Lavatory Self-Portraits in the Flemish Style. 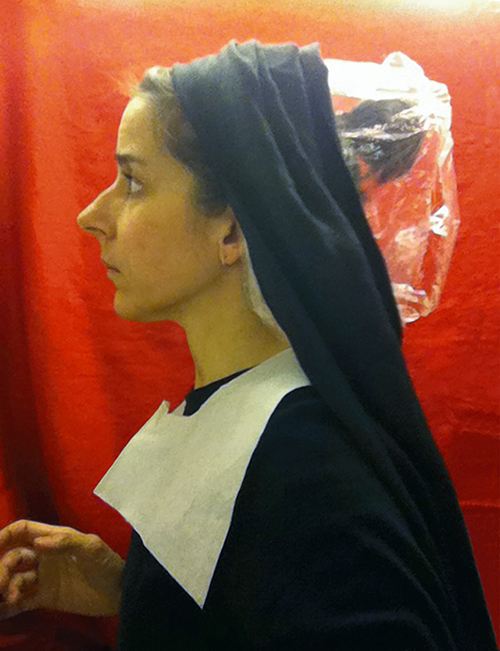