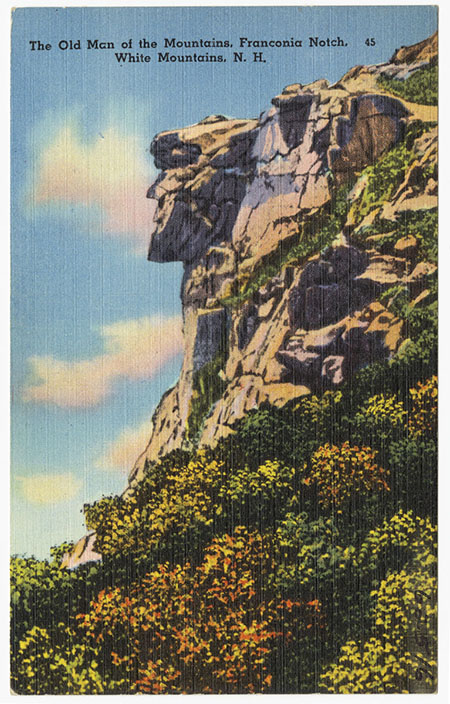 We are perhaps primed to see faces in everything. We see animals in the clouds, Jesus in drapery, and faces and bodies in rock formations. We can pathologize it as pareidolia, or apologize for it as anthropomorphism, or technologize it in applications such as DeepDream, but regardless; we see them.

In the White Mountains in New Hampshire there was a famous rock profile just northeast of Cannon Mountain known as “The Old Man of the Mountain.” Formed by a combination of plate tectonics, glaciers, and erosion, the craggy granite profile graced the very top of an otherwise rounded slope, appearing to survey his domain from his lofty perch. Some estimates put the Old Man’s age at as old as 14,000 years, although no one really knows for sure. “Discovered” and named as such in the early 19th century, the Old Man became such a tourist attraction that his image graced, not only post cards, buttons, flags, plates and other ephemera, but was (and still is) the background image for the New Hampshire state license plate. 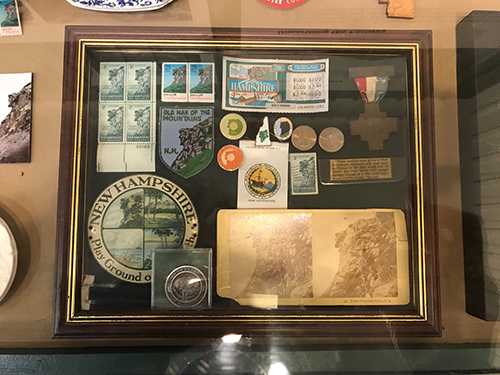 Historically, no lesser literary lights than Nathaniel Hawthorne and Daniel Webster were impressed by the Old Man:

“The Great Stone Face, then, was a work of Nature in her mood of majestic playfulness, formed on the perpendicular side of a mountain by some immense rocks, which had been thrown together in such a position as, when viewed at a proper distance, precisely to resemble the features of the human countenance. It seemed as if an enormous giant, or a Titan, had sculptured his own likeness on the precipice. There was the broad arch of the forehead, a hundred feet in height; the nose, with its long bridge; and the vast lips, which, if they could have spoken, would have rolled their thunder accents from one end of the valley to the other. True it is, that if the spectator approached too near, he lost the outline of the gigantic visage, and could discern only a heap of ponderous and gigantic rocks, piled in chaotic ruin one upon another. Retracing his steps, however, the wondrous features would again be seen; and the farther he withdrew from them, the more like a human face, with all its original divinity intact, did they appear; until, as it grew dim in the distance, with the clouds and glorified vapor of the mountains clustering about it, the Great Stone Face seemed positively to be alive.” – Nathaniel Hawthorne, The Great Stone Face, 1850

The Old Man, however, is no more. The “profile” was essentially held up by a smallish rock just under its “chin”, and over the years cables and braces had been added to help hold the upper rocks in place. Just in case. But gravity and time, as they always do, eventually had their way, and one Friday night in early May of 2003, with no eyewitnesses, the Old Man broke away and slid down the side of the mountain, leaving only rocks where once a face had been. 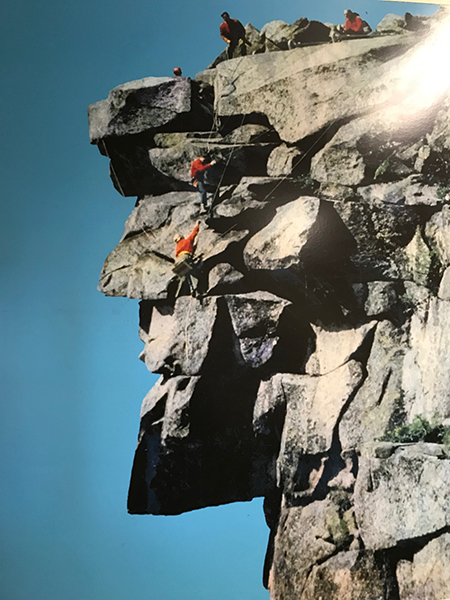 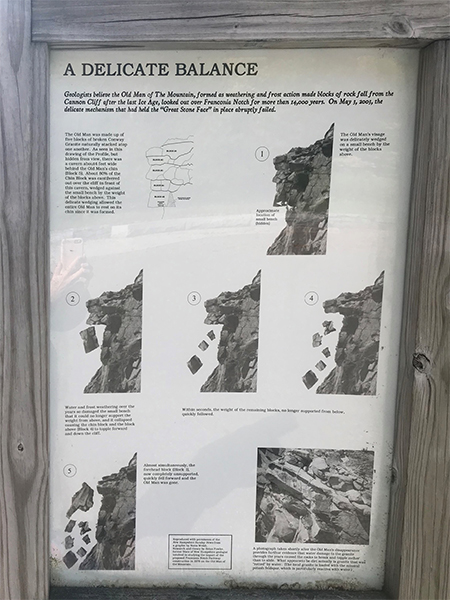 The inevitable is always going to happen, that is in the nature of things. But, one also always hopes, not today. People were upset. There was talk about rebuilding the Old Man, of re-attaching rocks, of making a new face in lighter concrete, of whether “he” could still grace the license plate. Something should be done, it was mostly agreed. But what? 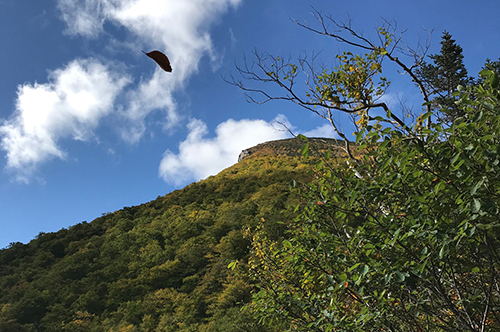 The solution, as designed by Shelly Bradbury and Ron Magers, is one of surprise and elegance. In the small viewing plaza at Profile Lake, there now stand seven steel poles or “profilers”, each angled towards what once was the Old Man. There are “viewing footprints” placed before each. If you pick the one that corresponds to your height (these are labeled), the rough, subtle shapes that you now notice on the top angled side of the pole resolve themselves into The Old Man, hovering exactly where he used be, on The Mountain. 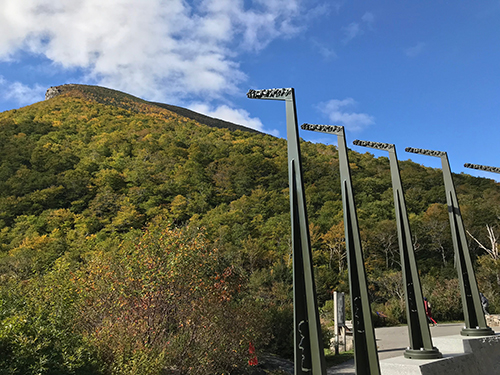 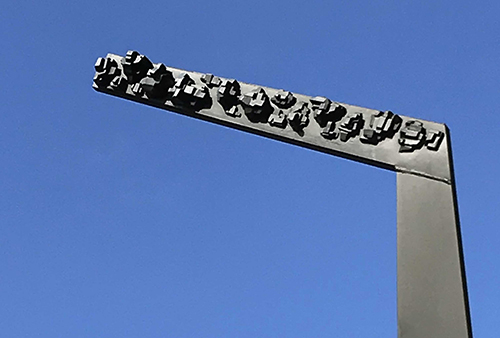 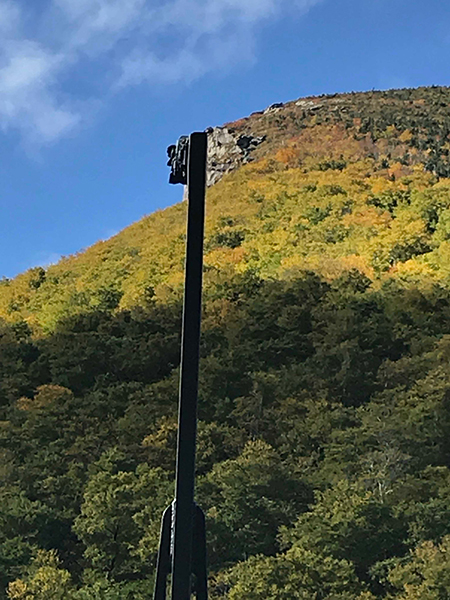 This steel yet virtual projection reenacts the Old Man as he was, without an awkward intervention into geology; a successful (yet non-digital) application of augmented reality; which is, after all, just our reality.

Despite the fact that he is not there, we see him.