Off-Topic brings you over-the-transom, on-tangent essays, dialogues and subjective scholarship on an occasional, impulsive basis. This month, a reverie on reliquaries in progress and compartmentalized emotions left unlocked… 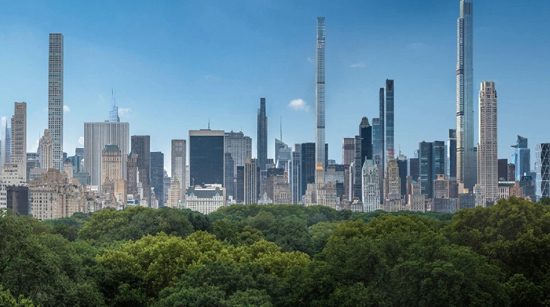 The towers of the wealthy can never be too tall or too thin, but the territory of those closer to the ground is spreading ever wider. You see the ultra-slender high-rises climbing like upside-down icicles in the spaces left between the New York City skyline, but those are glass-flute fancies for a fortunate few; the real growth is along the elevated roadways running through the outer boroughs; massive concrete complexes for personal storage, built in fresh cement fortresses or housed in the vast factory buildings where we used to make stuff, given over to our principal post-industrial pastime of accumulating it. 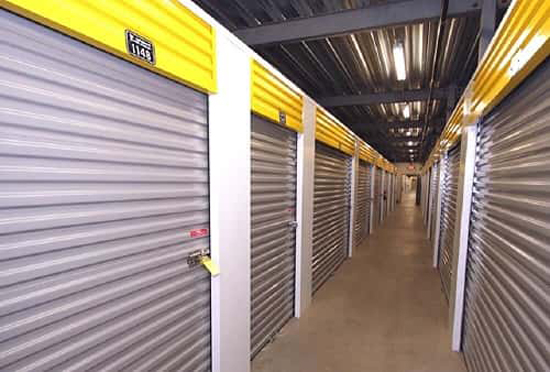 The ultra-thins, mostly sold to country-hopping oligarchs, are said to be unoccupied about 10 months out of every 12; the storage bays exceed this by never being inhabited at all. But that isn’t something the two have in common; the towers are trophies of affluence and vacant monuments to owners we’re meant to look up to in every way; the warehouses are filled with the personal effects of masses squeezed from their space and born to stay anonymous. 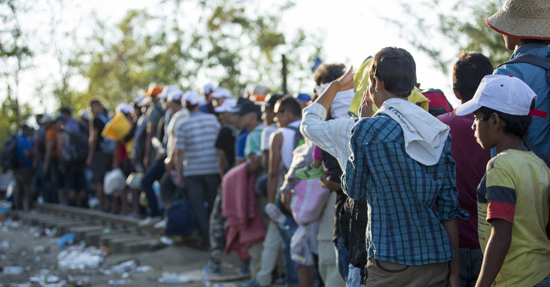 More people than ever live nowhere; waves of displaced refugees are rising due to war, lawlessness and disappearing ecologies. The trail of discarded belongings, of lost belonging itself, marks their passage and leaves a hopeful route back to the past. Storage-blocks frame the dream of buried treasure, even as the map may change unrecognizably around us. Egyptian pharaohs were entombed with their belongings to equip them for the afterlife, but modern materialists like me with no confidence in heaven would be happy to simply be sealed up with our stuff; there is a strange, secret feeling to standing amidst a dark pen of private artifacts whenever I visit the repository where I believe things are kept safe, though in fact, as sea levels advance, my extra possessions are an omen of overflow. 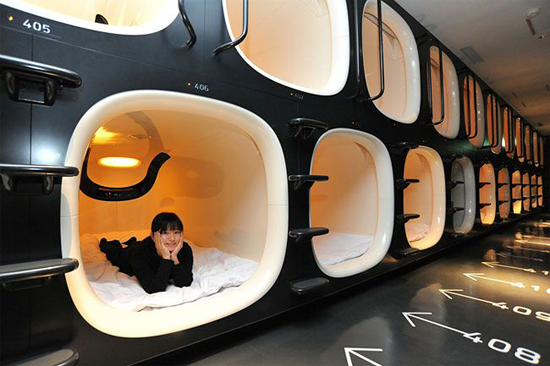 In the 1990s as the income gap widened and the walls moved in closer, some of America’s economic hopefuls first started setting up offices inside storage cubes; others were actually starting to live there. (An idea satirized in the final season of Maron, but all too based in fact.) A decade earlier we had feigned humorous horror at the capsule-hotels of our designated commercial nemesis, Japan; the idea of a chest of drawers for humans seemed like crass dystopia, but who wouldn’t want a morgue they can get up from in the morning, a tomb they can walk out of?

In Beijing, where the countryside way of life shifts seismically into the metropolis, more than a million poor migrants, in cheap catacombs of old bomb-shelters and office-block basements, now live literally underground, just to complete the metaphor. Across the border of my home state, New Jersey, the ground rises up, in counterfeit mountains built with the tons of garbage we produce, on land leased from arcadian Pennsylvania and covered in soil and seeded grass. New York’s famed Fresh Kills landfill was commonly compared to the Great Pyramid, whose volume it surpassed by 25 times; artist Judith Brodsky satirically pictured a literal even-greater pyramid of garbage, but this vision would never really come true. We want our stuff closed in, not towering over us; in New Jersey’s own northern wastelands, the multicolored shipping containers of Port Newark sprawl, magical boxes of possibility, so profuse their prizes may never be found, but at least so labyrinthian their conjectured terrorist cargos can likely never be located. Right next to that, we wander happily through the mazes of a regional Ikea, where life is folded neatly and we don’t mind when or if we find our way back out. 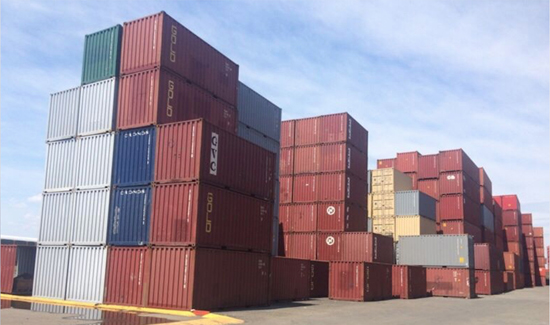 I used to fantasize about how long you could just move from one staged life to another in a store like that, lunching on the porch furniture, chilling in the living room set, sleeping in a different bed each night one step ahead of the security guards. Nomadic wandering without want is the perfect dream of a non-communitarian society; emptiness is our ideal. There is a romance to last-person-alive narratives, with cities-full of consumer goods and books or videos to binge forever; so many popular fantasies look into what our stuffed dolls do when we’re asleep, what the department-store mannequins get up to between closing time and morning. In the ’70s the great powers planned those bombs that would just emit radiation rather than explode, erasing the people but leaving the buildings and contents intact. Ray Bradbury’s “There Will Come Soft Rains” anticipated the smart home, still looping its intercom pleasantries, sounding wake-up alarms and reading its occupants’ favorite poems aloud after a nuclear war had vaporized them. Cartoonist Ben Katchor, poet of human transience, once said “I grew up in a city, so I saw this dead city of manmade things, and that was a great source of stories. It was a story in itself, just its existence.” The glass towers stand empty and still, the storage-bunkers orderly and undisturbed; the summits of our ambition and the chambers of our deferred joy already evacuated. We’re packed up and there’s a furnished heaven left behind. Before the buildings were even here, Fitzgerald wrote of a primal forest to carve possibility into, but of course it was never unpopulated, and so many of the marks made on it were just damage. Those still moving across the land can hope for a blank slate, and those still standing somewhere above them can dream of a clean one.