Off-Topic brings you over-the-transom, on-tangent essays, dialogues and subjective scholarship on an occasional, impulsive basis. This month, the first in a possibly-recurring series on lessons left behind in the public classroom of pop culture.

ALL I EVER LEARNED: IN MASS-MEDIA RES

Having just got here always makes up for what you may have missed. A lot of people from around my decade talk with melancholy about the golden ages they slightly overshot, the social revolutions and legendary bands and first-run TV classics and cultural milestones that were concluded too close to the times we were born or at least could be aware of them. I was brought up with that feeling of lost paradises and empires falling, passing JFK on his way out of this world in my mom’s first trimester, watching Woodstock speed by, ticking past all the other martyrs’ assassinations and rockstars’ accidental suicides when I hardly knew them. But, as I did when our parents uprooted us every few years from one coast to another or up and down the Mid-Atlantic, I felt not the abyss of bereavement but the rush of survival. Kids aren’t built to look back, outliving something is its own reward, and even some of the monuments collapsing around us were like mountains scaled and moved on from; I remember the Beatles’ breakup mostly for its tragic grandeur, its classic closure; we lucky kids had been there to see the end.

It was, in fact, beginnings that we had no use for. The 1970s would be like a tireless rummage through a pre-apocalyptic waste, fads chewed up and feelings disposable (disco, country, punk, kung-fu, Blaxploitation, snuff-pop, ’50s retro, sex & drugs & UFOs), waded across in the assumption of turning up something new or enduring. The moment gave a lot of room to live in, with frames we didn’t need to step beyond. 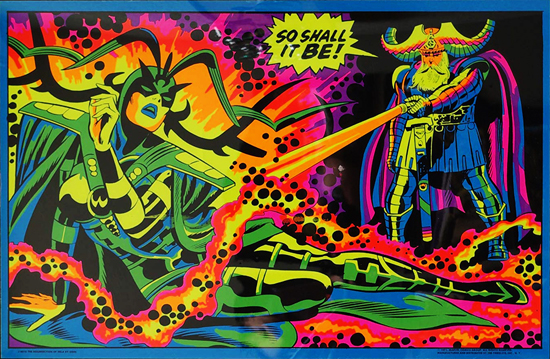 I remember the scattered, random drama of The Third Eye, Inc., a poster company to which uncontextual single pages or panels of Marvel comics had been licensed, to be blown up, remixed in psychedelic colors, and sold in headshops that my parents didn’t quite realize they had walked into on our trips to the Travis Bickle-era big city. Hallucination colors were the palette of that time (including most of my markers and crayons), an optical mustard-and-onion sandwich that suited my pre-overstimulated senses. Detached from any sequential or even tangential narrative, these posters were emblems of the culture that defined you as a hipster geek; a Dead Sea Scroll of exclamations, captions and sound-effects you didn’t have to “understand,” since they were natural snapshots from the everyday life of your mind. 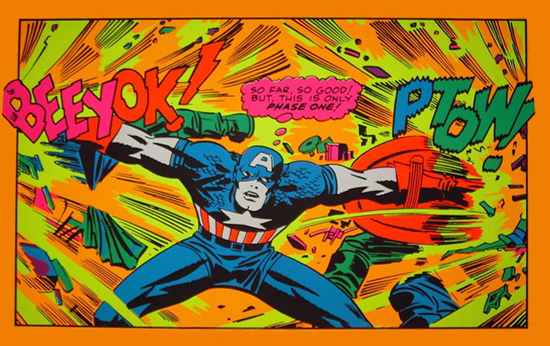 It was improbable to find more than a few of these posters at any one time, and if you did there was no way they would fit together, but the feeling was not of some phenomenon that was behind you, but some concept that was so-far (not forever) beyond you; even though most of the Marvel posters’ sources were historic by the time they were circulated, they were not indexing some cultural moment that had passed, they were referring us to a future. 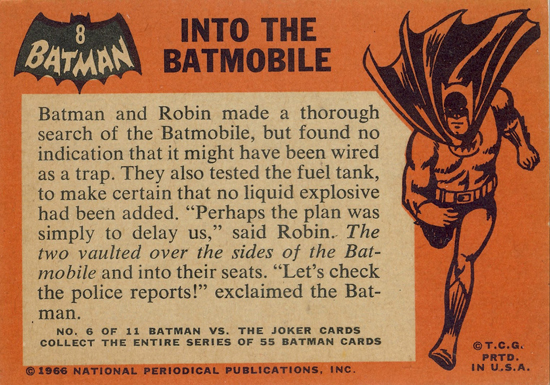 Long before every object of desire could be electronically located, the missing pieces were what sweetened what we found. Many of us had inherited fragmentary trading-card collections from older siblings or found them in abandoned attic stashes; many of these would have lengthy texts on the flipside of their single vivid cover-image, often continuing between individual cards that you would never come across all of; Mars Attacks, Battle and a sprawling series of painted Batman scenes are among the most cult-famous. The words themselves were like a fragmentary fresco that their fans would tend what was left of, and sometimes fanciful, kid-targeted texts were made to have this space around them. The condensed, poetic package literature of Mel Birnkrant’s Outer Space Men action-figures was a series of word-sketches of unseen worlds; echoes and peripheral images of mythic and philosophical reference-points opened out around young minds like the fields of stars these characters were calling to us from. 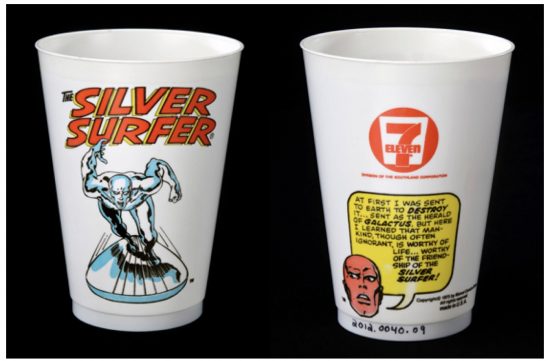 Capsule eternities were stacked everywhere around us; floating heads would tell their story — all that you needed to remember and all that a newcomer might ever know — from the backs of 7-Eleven’s plastic collector superhero Slurpee cups. Kids with more distinctly drawn lines could get cups picturing baseball players, but the superbeings’ summaries were soliloquies that articulated a less definable form of vital stats. 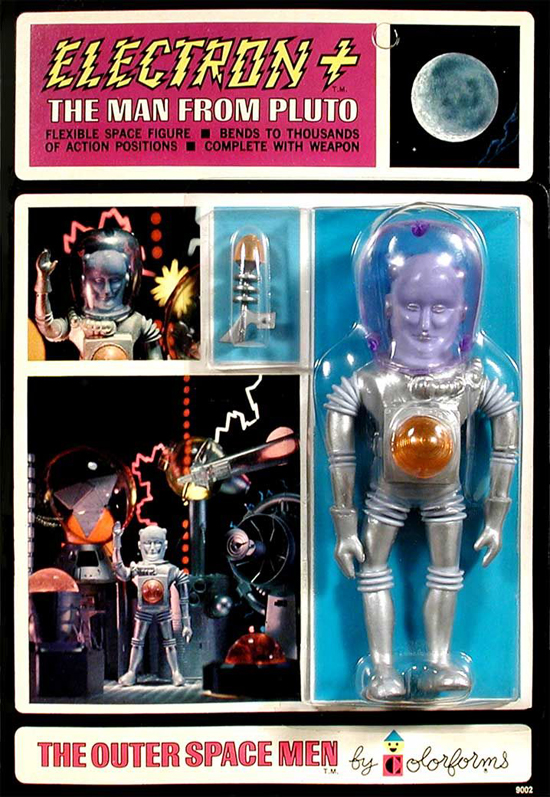 Mass-imprinted on commercial products that would either collect in corners or disappear, these stories were as much messages in bottles as the ephemeral postcard art crossing between fringe communities at roughly the same time; remnants from a civilization that was being lost as it was lived. With their occupants torn out of the bubble-packs preserving them, the Outer Space Men’s backing cards put staged interstellar scenes side-by-side with pure color-field blocks placed to accentuate the physical figures and their accessories, like the dimensionally endless geometric art also of that era, panels of sheer possibility.

We didn’t need every brick in the wall; in our never-complete collections these random, granular pieces of what came before stood behind us like a stained-glass masterwork with enough shot-out windows to light our way. We couldn’t completely make out the shadows it cast yet. But maybe one of those missing pieces would one day fit the unknown edges of ourselves. 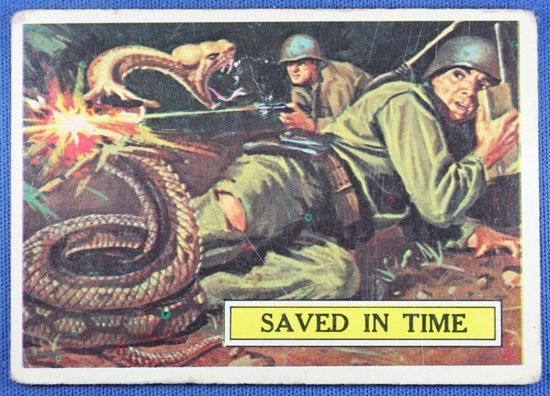