THIS: Eye of the believer 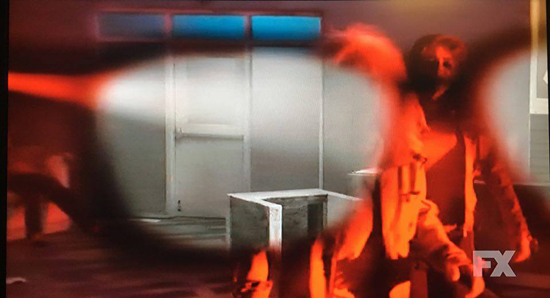 Long before our current, 24-hour century, I think the higher-order brain-trances my livelihood now depends on were groomed by simple, classic sleep-loss; those after-midnight hours when phantoms spring out not from the shadows but the unnatural blare of light. My folks’ parenting style gave us kids advance placement in insomnia, our heads spinning most of the way around the clock in latenight TV binges and on marathon drives to the relatives out west.

One time, upon staggering in from the blank black slate of the desert into the eternal neon sunshine of Las Vegas, my dad took me out for some all-night snack and walked me past a construction-pit, which I peered through the plywood walls of, later working up the courage to tell my dad in the hotel elevator that I was pretty sure the barriers had been put up to keep people away from “a dead monster.” He gamely agreed, probably under the mistaken impression that I was making this up. That was totally untrue; I had hallucinated it. When my eye took in the darkened debris through the slat in the wall, my mind at once assembled it into the deep shadows and collapsed posture of some craggy earthen giant, somewhere between a Jack Kirby stone-god and the gravelly portrait-bust of JFK we had as an anchor-tchotchke at home. 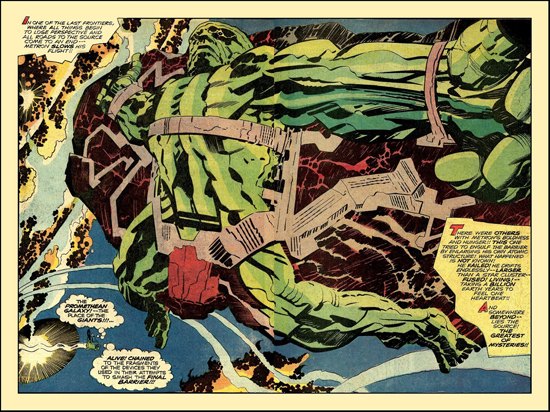 I had only a passing acquaintance with the night; during my first few years of life, gleefully getting up for all my baby sister’s feedings, claiming my exemption from bedtime during the 10pm sundowns of a Seattle summer, and sleeping as much in the backs of rattling cross-country station-wagons and all-night hotel-rooms with the TV on and quintuple-feature drive-in movie dead-of-night picnics as in a bedroom, I may not have shut my eyes ’til I was five. The resulting perceptual cross-wiring may have burned the circuits for my mature daytime dream-state. 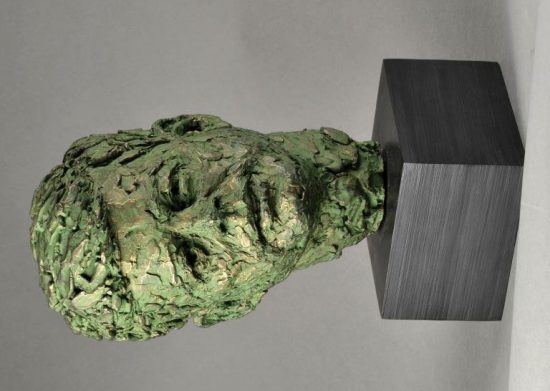 A kid I was visiting in our boyhood Philly apartment building showed me a “trick” whereby his dad would toss him across two 15th-floor balconies on either side of an inner corner, into the waiting arms of an uncle. My mom had me in some discount store’s clothing department when I found an identical copy of her in the adjacent aisle. I insisted we look for her mirror-self, unsuccessfully; no grownup who hadn’t been there would believe the kid had sailed across the balconies. I remember these things like they just happened, and I’m sure that, of course, they never did. (Actual mirrors might have been involved — an act of misdirection with the flying kid and an uncle holding his reflection; my sense of location getting scrambled by the mirrors on each endcap of the store’s aisles for trying out pants and shoes. I briefly wrote backwards without noticing it too.)

Troubled sleep would squeeze dreams out into the open for years. In my late teens, I had several “out of body” experiences, floating above my bed, a feeling of existential, predatory dread surrounding me as a kind of dark surf of ill will, the blood in my ears an earthquake, the shadowy room lit up like an unreal Las Vegas daybreak. This was long before I read what a lucid dream-stage is like, and until then, the genuine terror I’d feel at the time made for good suburban-campfire stories of ethereal “evil,” a good match with the mix of metal and Jesus and magical thinking and the scary shadow of adulthood I was swirling in for a while. In this later, umpteenth life, I try and process that sense of the limitless into wildest dreams rather than close it in as worst nightmares. I feel the higher presence of people I’ve lost, not as a familiar fable, but as a story I can’t tell the end of, and live to keep reading. My youthful delusions may have unlatched the right door. Now I’ll keep an open eye to whatever comes calling through it.