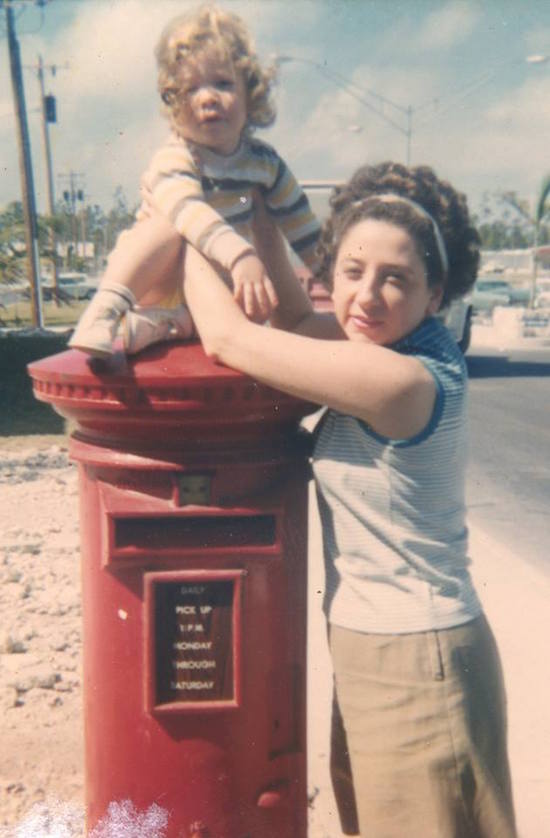 The day after this column posts, it will be one year exactly since I started life as a motherless child. Vivienne Joy Stern left the world without warning, but existence itself is as unexpected as happiness is improbable. Both can prove themselves to us, if we stay to listen.

Listening was the bloodstream between her and me. I know my fetus was her plus-one for numerous trips to see the pre-famous Buffy Sainte-Marie on pilgrimages to early-1960s clubs; she told me that she’d once left me in a highchair a few minutes with Stravinsky’s The Firebird running, and come back, at the finale, to find me clapping, alone in my chair. This would be before I could talk (it’s certainly before I can remember), and it was a language that transcended many other failures to communicate. 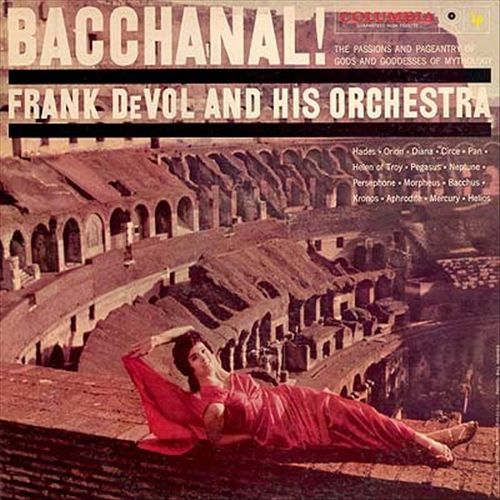 Mom sowed some surprising seeds along my creative path. An early adopter of exotica, she hooked me on an album called Bacchanal!, a series of thematic instrumentals based on the Greek/Roman pantheon, which set me on a lifetime course to devour myth and pay it back with fantasy, and featured dreamy sax solos by Benny Carter, who I wouldn’t realize was the one creating them ’til years after he turned up to deliver a serene and tenacious keynote talk at my art-school graduation.

It took me so long to realize this because I’d lost the vinyl album in a hear-and-tell for my 7th-grade music class. Carter spoke of the craft he brought to bear even when the paying project did not immediately touch his creative imperatives, and of both the learning and the artistry that could emerge. I’ve tried to apply that discipline and cultivate that spark ever since, but had only obsessions and inattentiveness when my mom’s fav album disappeared.

My wife excavated it online almost two decades later, and all was revealed to me. And there was still time to bring it back to mom. Many of our file-shares, so to speak, were more immediate. A stay-at-home parent ’til my kid sister and I were in 6th and 8th grade, much of our time was spent getting schooled in the American show-tune and mass-classical canons — which I came to see as a kind of de-education once I awakened to all the rock, pop and soul that every kid but me knew well, but which, once again, came to be my lifeforce in a career with no small dependence on theatrical lore, gay-culture references and post-linear historical hipsterism. 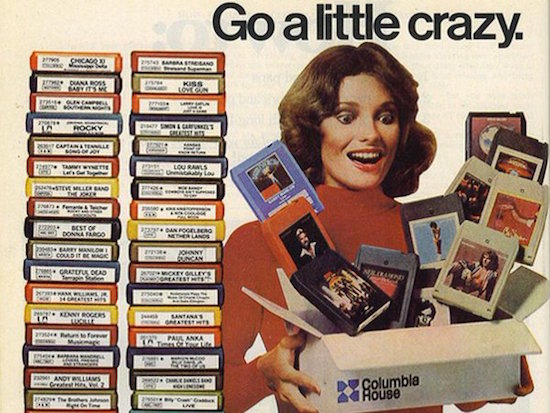 And the call had a response even in child- and teenhood; my dad and mom, born in 1924 and 1934 respectively and closer to many of my chronological peers’ grandparents than parents, frowned on The Devil’s Music (secularly, I mean) and pined for the days of big bands and stage spectacle; but what they did listen to was their kids, and by the late 1970s we’d all gather around the old-school virtual-mahogany stereo-cabinet, which would take up one full wall of whatever room it was set down in, sharing the Billy Joel catalog and as many other selections from the one-cent 8-track music club as our pennies could bear.

Folk-music had been admissible all along (Baez was another staple, and though mom and dad didn’t share all tastes, they were both there when Pete Seeger first brought on Bob Dylan), and lone social commentators like Joel and Harry Chapin styled themselves to be were an extension of this. Mom had always interpreted “The Sound of Silence” (somewhat liberally) as a lament of cross-generational disconnection, and the midcentury thirst for novelty and forward social motion primed her ear for newer music as much as it set her appetite for clothes that claimed to need no ironing and food presaging MREs (me and sis loved prefab instant dinners, and retrospective feminism makes the stuff seem even tastier).

So, I was the only teenager I knew whose by-then 50ish mom accompanied him to Bowie concerts, and there were long stretches of that era when the only thing we could sit still for together was some new disc I was trying out on her — my sister and I also would typically talk and share ideas (rather than scream and storm out) when, and only when, some Floyd or ELP epic was running on. One time sis and I got home from school at dusk to find all the lights out and, my hand to god, a Hall & Oats collection blasting from the stereo two rooms away from the one our parents languidly emerged from, both of us oblivious at the time to what role Daryl & John were playing, but, whatever gets ya through the… midday (and way later than that, head-start on grandparent-age notwithstanding, they would be the folks most likely to appreciate the food of love).

Music was literally life itself to my mom; she and dad took in as many Broadway shows as they could as a response to their conviction that the Cuban Missile Crisis was about to end all culture. Though I don’t recall them mentioning, I’m sure it was her idea. In time she would look for clues to my opaque, depressive young-adult withdrawal, in ways which only made a thud midway across the sound of silence, wondering aloud if I was “Under Pressure,” misquoting the already-despised J. Geils to proclaim, at my emotional debilities, “Love Sucks!!” — et cetera. Much later, as her and dad’s custody of my young nephew (orphaned by his OD’d mom and anonymous dad) spun out of control, she would pitiably (okay, at the time, infuriatingly) offer to the Child Study Team how she’d try to elevate her usually-truant charge’s mind by playing him West Side Story and some opera while at home (my family could be classic mid-brow snobs; once when I asked her if she’d watched the televised early-2000s hip-hop Carmen with him, which would be much closer to his actual tastes, she had no idea what I was talking about; some worlds can only stay new so long).

She was profoundly sick for much of this time; unrecognized and untreated bipolar disorder made her not herself for many of the years I was getting to know her. (’Til now I’ve left out the serial nightly tirades, themselves often with echolalic, spoken-sung and hand-clapping passages, though in time my mangled affect and disconnected personality could have driven anyone over the edge.)

But I did get to meet my mom, almost twenty years before she left. And there had been many ways in the first thirty to know what I had to look forward to. She and sis would listen to some songs specifically to cry themselves out, and she always let me know that emotions were a human prerogative (definitely with no objection from dad). She sensed that I was not gonna be the throw-a-football-around type of boy, or maybe she just wanted a partner in absorbing art, but in either case she guessed right. I don’t think I ever told her, but when Morrissey sang “nature is a language, can’t you read?”, in a song she liked too, I always knew it was she who’d taught me. I picked her up some rare-Streisand disc that even she didn’t have, in one of my wife’s favorite flea-markets the last time she and I would go there (losing her two months earlier than my mom), though mom was gone before I had a chance to give it to her.

Last week Pamela Adlon’s brilliant as-good-mom-as-it-gets TV show, better things, debuted, with John Lennon/Plastic Ono Band’s “Mother” as its theme. A song about lost and absent parents who can only be imagined, not recalled. People talk about “tell-all” memoirs by the children of famous, failed moms and dads, but that term supposes that we already, or ever, knew the good in that person instead of just the popular, filtered public face now being countered. We don’t hear about it then, either. But Vivienne was a good woman. And I know it’s not even the right song, but, she didn’t mean to hurt me. And she taught me it’s okay to cry.