[Between October 2005 and June 2009, HiLobrow contributor Devin McKinney worked with intermittent perseverance and passion to record his reactions to music and music-related stimuli at a blog called Pop with a Shotgun. He has selected some of his favorite posts for this reprint series. This installment, originally posted April 16, 2006, is the seventh of ten.] 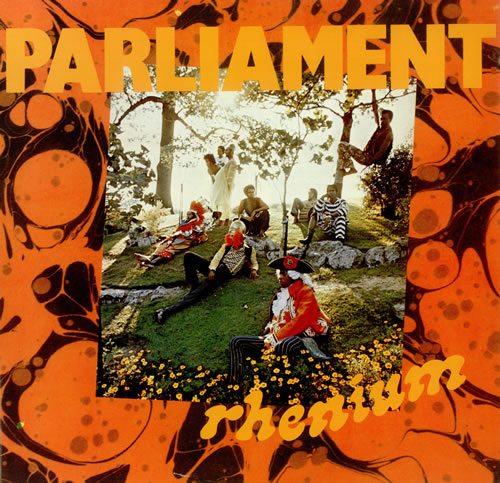 George Clinton on the loose in acid land. This is a reissue, with slightly different tracklist, of Parliament’s 1970 Osmium album — from long before they became the outlet for GC’s skank-chewing, doo doo-chasing, war baby-spanking sci-fi funkalisms. In this intermediate incarnation they were approximately Clinton’s New Jersey vocal group, the Parliaments (owner of a single hit, 1967’s “[I Wanna] Testify”), after he freaked, rocked, and funked them out. In membership and style they overlap significantly with his other main agglomeration, Funkadelic; and while I love those early Funkadelic albums, Rhenium makes Maggot Brain and America Eats its Young sound straitjacketed. You can go woozy from the clash and mash of styles, the wrongness of the combinations, the rightness of the sound; not to mention the madness of the lyrics, their pungent sexuality and coarse but good-natured humor.

Few songs here fail to make an impression — or leave a stain. “Little Ole Country Boy” humps pimp and hillbilly and makes a joke of both, far outclassing the country-western parodies the Rolling Stones were doing at the same time. “I Call My Baby Pussycat” exploits that word “pussy” ruthlessly and to the full. “My Automobile” is a full-group session with talk and vocal, comic sexual frustration bursting a Fifties lyric: “All I want is a little kiss, all I want is a teeny-weeny hug” (don’t believe it). “Funky Woman,” about a funky woman, is indecently funny (“She hung [her clothes] in the air / The air said this ain’t fair / She dried them in the sun / The sun began to run”). “Oh Lord, Why Lord/Prayer” is a moving anti-prejudice plaint sung, hummed, and finally wailed to the melody of Canon in D. The long, lovely outro, “The Silent Boatman,” must be heard to be believed.

Rhenium sounds like it was cooked up, methamphetamine-style, in Clinton’s basement, spilling out of glass tubes and bubbling beakers straight onto your turntable. All so weird and genre-bending it’s a wonder they got away with it.

Did George Clinton take drugs? Did he inhale?

From Wikipedia: “Rhenium is a chemical element in the periodic table that has the symbol Re and atomic number 75. A silvery-white, rare, heavy, polyvalent transition metal, rhenium resembles manganese chemically and is used in some alloys. Rhenium is obtained as a by-product of molybdenum refinement and rhenium-molybdenum alloys are superconducting. This was the last naturally-occurring element to be discovered and belongs to the ten most expensive metals on Earth.”

Cross-cultural factoid: Crow T. Robot on Mystery Science Theater 3000 is made from molybdenum. 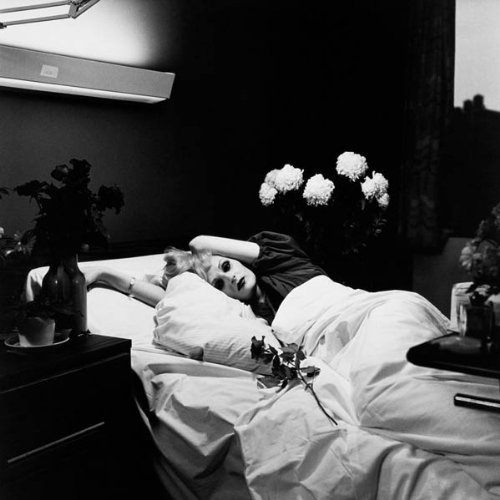 ANTONY & THE JOHNSONS, I Am a Bird Now

Listening to Antony’s voice — husky and smoky, but with feminine enunciation and a high cry on the tongue — I know I’ve heard something like it before (Nina Simone is the only commonly agreed upon forerunner), but I’m damned if I can think what it is. He comes out of nowhere to embody and musicalize a world you always knew was there.

The first song, “Hope There’s Someone,” is almost too much to take. Antony sounds on the verge of crying every second. From a restrained piano ballad, the melodrama only just contained, it grows by layers into something like Grand Guignol: it stretches sideways and expands upward in a swirling, echoing dissonance of voices, haunted melodic moans. It settles back then, but too late: the scare is in you, the curse is on. Frightened, you venture forth into the album. A half-hour later, you come out shaken, blinking, stepping lightly.

Along with Simone, people invoke post-cabaret stylists and JT Leroy to describe this, to make it sound or scan like something we already know. Well, it really doesn’t. But what did it make me think of? Instantly, it made me think of Ted Levine playing Buffalo Bill, the aspiring transsexual and serial killer in The Silence of the Lambs. Levine, a brilliant actor, put a human being inside that monster. It was the human being, not the monster, who painted his face and danced before his mirror, tucking away his penis and spreading his wings while singing to “Goodbye Horses” by Q Lazzarus. Antony sounds like that man, not the killer but the person, the sexually unclassified individual in a world with little use for such creatures. Antony is what Jame Gumb might have sounded like if he hadn’t gone evil, if he’d become a creator instead of a destroyer.

I Am a Bird Now is a song cycle — ach, dreaded term! but accurate — about transformations. Escaping the mortal coil, the chain of life. A dream of rebirth into beauty and eternity at just the very point of death. Place it with Ovid, Sylvia Plath, “An Occurrence at Owl Creek Bridge.” The great ones.