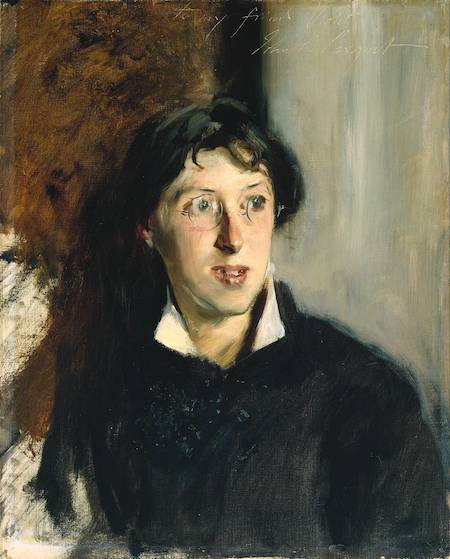 Among her other reasons, writer Violet Paget took a male pseudonym, VERNON LEE (1856–1935), to professionally facilitate an eclecticism that bridged genres and a spiky intelligence that carried across eras. The supernatural novella A Phantom Lover (1886) is a late-Victorian masterpiece whose imagery and psychology augur weird classics to come from Henry James, Charlotte Perkins Gilman, and W. F. Harvey (and Thomas Harris?). Descriptive and observational delights are found throughout Limbo and Other Essays (1897) — Lee has Walter Pater’s urge to express the inexpressible with regard to the aesthetic primacy of music, and on the natural world, she’s both poetic and piercingly rational: “The mangiest hedgerow is richer, more subtle than all the carpets and papers ever designed by Mr. Morris.” She elucidated, in two books, a “psychological aesthetics” of beauty and ugliness; wrote many travel pieces, particularly about her beloved Italy; and later in life produced the dense, intriguing, unclassifiable Satan the Waster (1920), a lengthy meditation over the smoking crater of World War I that is part straight essay, part allegorical stage drama, part essay-by-other-means in the form of explanatory annotations, and surely as passionate and difficult a work as was ever inspired by that event. Throughout her voyages she was restless yet intent, an anthropologist of the elusive essence. Lee’s line about a female-identified Nature could apply quite as nicely to the writer herself: “Her one notion is More, always more; whereas that of man, less likely to exceed, is a timid Enough.”

On his or her birthday, HiLobrow irregularly pays tribute to one of our high-, low-, no-, or hilobrow heroes. Also born this date: Steve Coogan, E.E. Cummings, Hannah Arendt, Pert Kelton.