People You Meet in Hell (3)

Third in a weeklong series of five posts surveying some of the main characters in the meta-monster Image Comics series Nightworld by HiLobrow regular Adam McGovern and artist/creator Paolo Leandri. 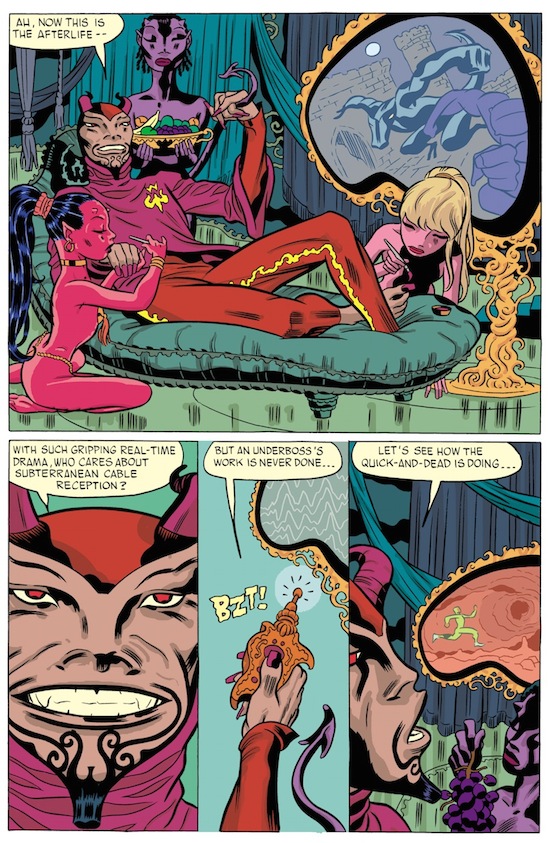 Hell is people you work for, and Underboss is the acting director of Nightworld’s hell. He’s the first character we’ve met in this series of short essays who I named; Paolo do not have a name for him at the time I came up with this, but even “Underboss” sounds like someone higher up’s (lower down’s?) careful attempt to efface any individuality that goes beyond the corporate purpose — anyone could be the underboss, as long as they stay under.

Underboss in his verbal conception is every figurative employer-from-hell I ever had; most of these bosses I also admired for their maverick disregard of norms, and Paolo, who created the character, expressed him visually with that same roguish substance. Underboss is the trickster kicked upstairs (or, yeah, thrown downstairs). 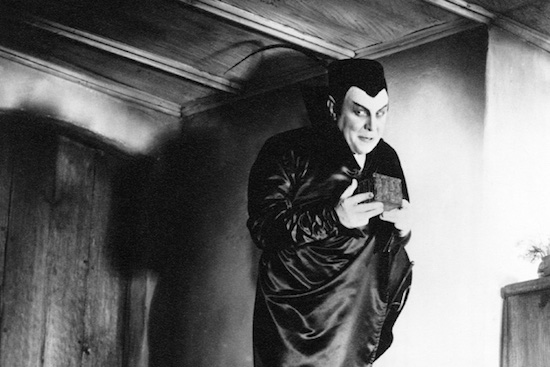 The impish look of Underboss, I’d bet my soul, is made over by Paolo from classic models like the devils in F.W. Murnau’s film Faust, not the first time I’ve had reason to refer to that work in this series of notes. Worldly wealth is a standard now set by hip-hop videos and reality shows, and Underboss keeps up with the world above ground, as we see in the image at the top of this text. That doesn’t stop him from going lower as required by his job, and below we see him at the center of his high-tech hell’s power. 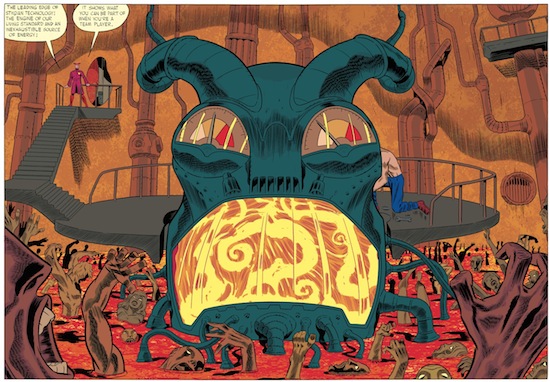 This job still requires him to sit relatively still, and we’ll see an evil spirit who remains more restless, and a trickster who hasn’t settled quite as far down, in our next two essays!