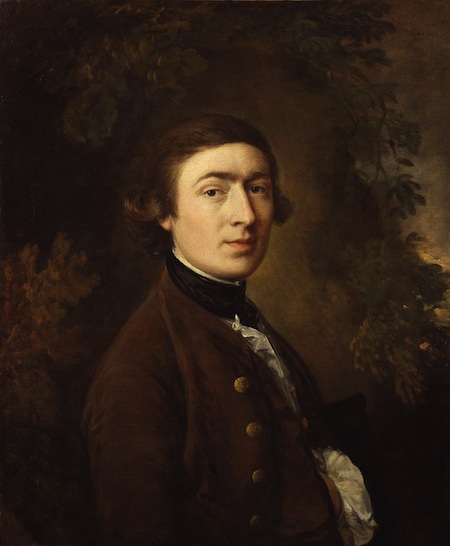 Building on the frontal formalism of van Dyck, Georgian portraitist THOMAS GAINSBOROUGH (1727–88) placed his wealthy, highborn subjects amid new intensities of shadow, surface, and setting. He could be dull and dutiful, giving the expected block-like stature to self-important dukes, or lazily ornate in his regard of lounging ladies and little girls. But when gripped by some ocular fixation, he produced natural backgrounds and textural comminglings — particularly of fabric and skin — that few painters have matched. The boiling clouds and brown-yellow overcast surrounding the immortal pallor of The Blue Boy (1770) are no more majestic than the rich shine of unsourced light on his raiment of silk and lace.

The bizarre bone structure and fetal eyeballs of Gainsborough’s people bespeak a queer, forgotten breed of star-child that did not survive Romanticism. Yet his portraits have integrity; one trusts his perspective. This is partly because the likenesses of even his most powerful patrons are not uniformly adoring. Faces may look ghoulish or melancholy, animated by the subtlest of ironies or mummified by the absence of worldly stress. As an inventor of the modern landscape, he often shifted his focus to bring nature forward around distant, incidental human shapes. However lovely those results, a classic Gainsborough is defined and distinguished by the mysterious body at its center: one’s unconscious eye misses the sensuous rendering of velvets and chiffons against the vampiric paleness of skin that seems to have never seen the sun. 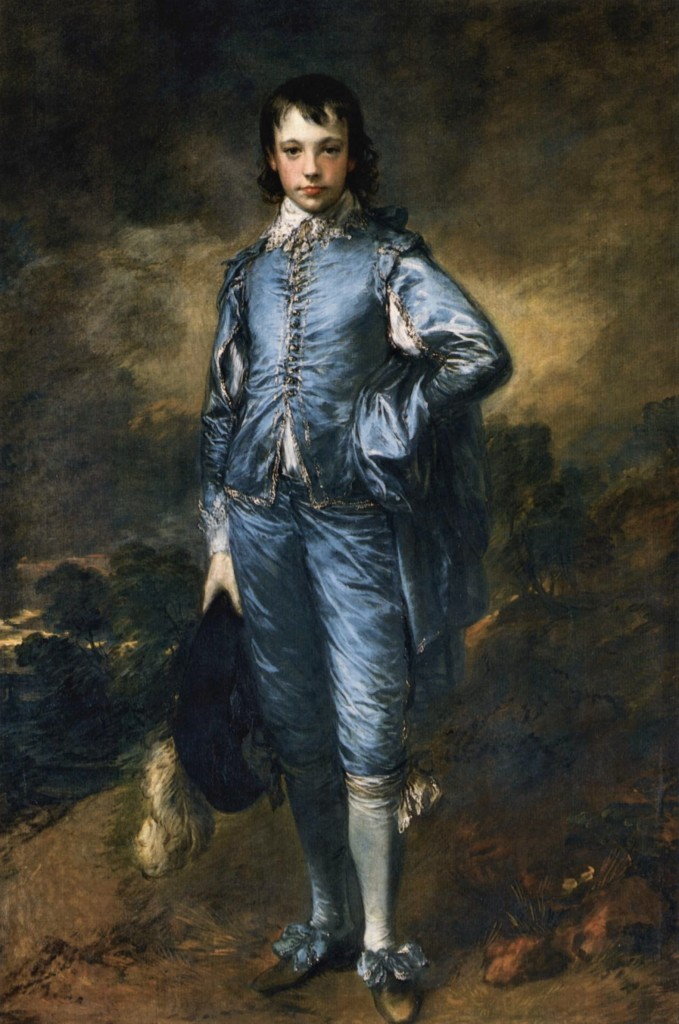 On his or her birthday, HiLobrow irregularly pays tribute to one of our high-, low-, no-, or hilobrow heroes. Also born this date: Dan Auerbach, Wim Mertens, Edward Ricketts, George Lucas, Bruce Rogers, David Byrne.