Today’s Eye Candy is interactive. Settle down, listen up. 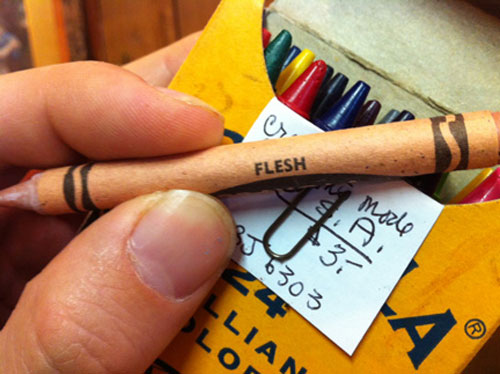 Remember Flesh? The old Flesh. The crayon. Well if you don’t, or even if you do, there once was a crayon called Flesh, a mid-range pinkish beige, to color in the faces of Pilgrims, pioneers, founding fathers, and other (white) historical outlines.

Flesh didn’t come in all the boxes though, only the large assortment; narrower palettes had to make do with Orange, which was unsatisfying to everyone. 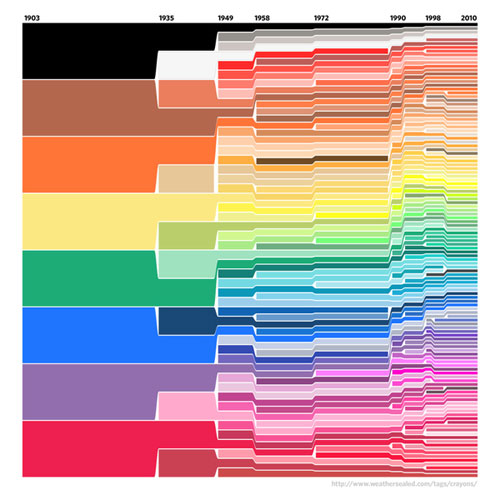 But Flesh was obviously not satisfying to everyone either, and so it was voluntarily retired in 1962. At least as a description. The color remained, re-named Peach. Flesh was still found in old boxes well into its retirement though – it takes a lot of coloring to completely use up a crayon. 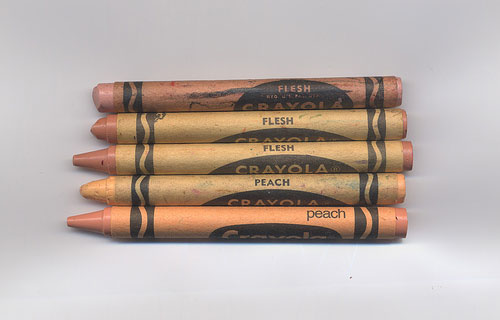 In the spirit of extending the palette and updating the naming conventions, artist Angelika Dass offers the humanæ project, where she maps individual’s skin tones to the Pantone color chart, resulting in a wide variety of replacements for Flesh. 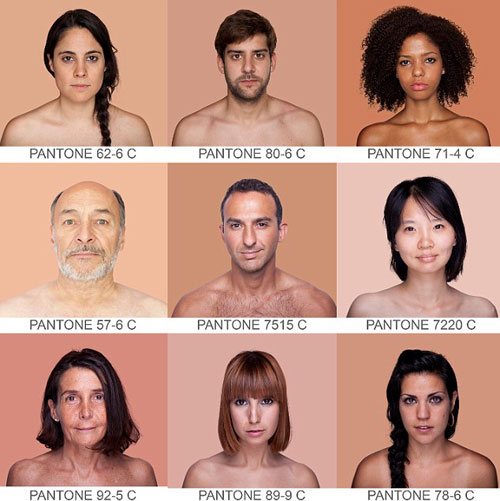 Humanae is a chromatic inventory, a project that reflects on the colors beyond the borders of our codes by referencing the PANTONE® color scheme. […] The project development is based on a series of portraits whose background is dyed with the exact Pantone® tone extracted from a sample of 11×11 pixels of the portrayed’s face. The project’s objective is to record and catalog all possible human skin tones. 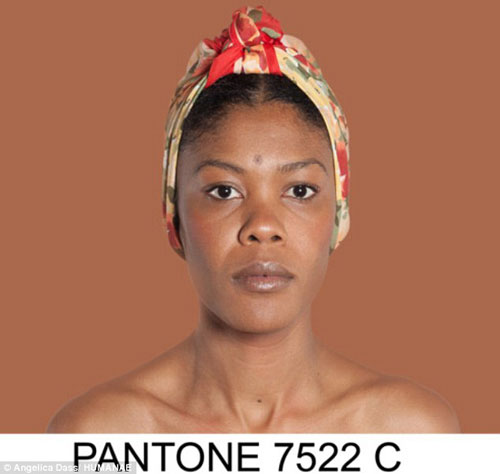 As she expands the concept of Flesh from a single, inaccurate abstraction, to a quantified, measured array, the project is (perhaps necessarily) ongoing. Presumably with a 3D printer and a little (ok a lot of) wax, Dass’ chromatic inventory could eventually be made into crayons.