If it exists, we will film it. Sooner or later. 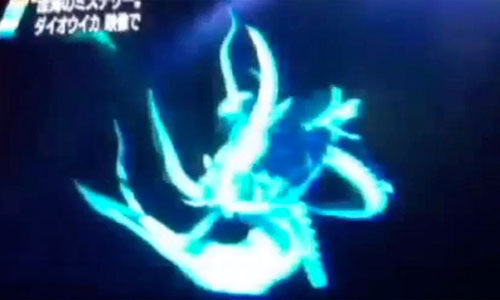 A three-person team has finally captured live video of a giant squid, swimming about 2000 feet below the surface just off Japan. “Finally” because giant squid, in addition to being denizens of the very deep indeed, are notorious loners, single animals distributed lightly over the ocean sea.

We’ve known they exist because dead ones have washed up onshore, and tentacle markings from others, presumed dead, have been found on their whale enemies, the scars of terrible duels. But now we have caught one on film, in its natural habitat, doing what it does.

And what does it do? Technically it swims. And eats. But swimming doesn’t really do it justice — it is not scooting along in a streamlined linear fashion, the type of motion we would expect after seeing its lines and curves, which are not dissimilar to certain chrome-enhanced vehicles of the early 1960s. No: it is dancing; voguing, even; cruising the waterways and displaying its embellishments. 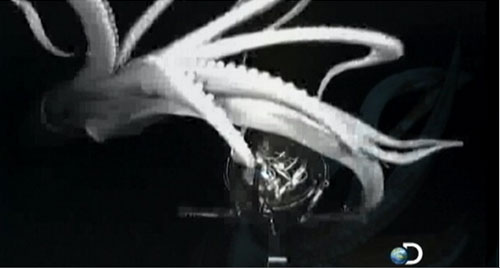 So yeah, those giant tentacles? They’re real, and they’re spectacular.