Is there an art to surveillance? An art hidden, as befits the territory; lurking in limbo until it is suspected, detected and released? 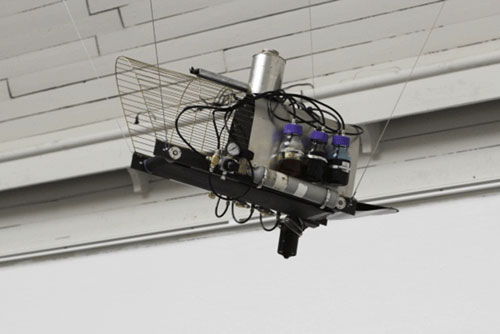 Surveillance and art have something to say to each other. This has been true well before Paul Revere, master silversmith, established his spy network in the Revolutionary War, and maybe even before Leonardo da Vinci advertised his skillset in the military arts. 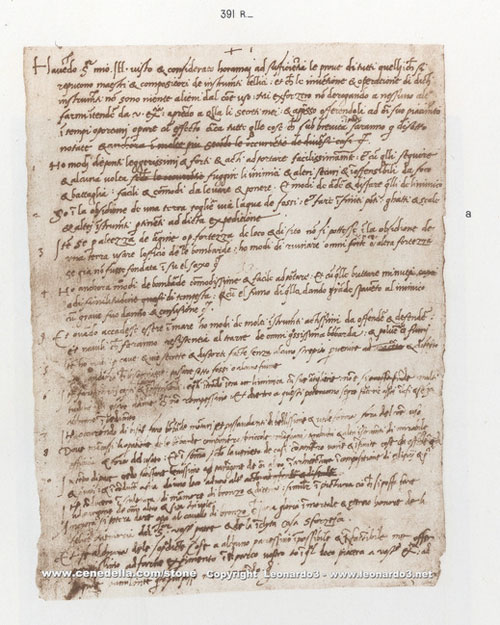 [Leonardo’s letter to the Duke of Milan: translation.]

Perhaps you have an unfortunately vivid memory of being inked by a fire alarm when prank-pulling in school. What? No, of course we haven’t, we’ve only heard about such things. Heard from a friend.

Or perhaps you caught the buzz around the Surveillance Camera Players, active in subway stations during the the nineties and naughts. More recently there’s the inadvertent (or Newly Aestheticized, depending on your point of view) art of Google Street View. 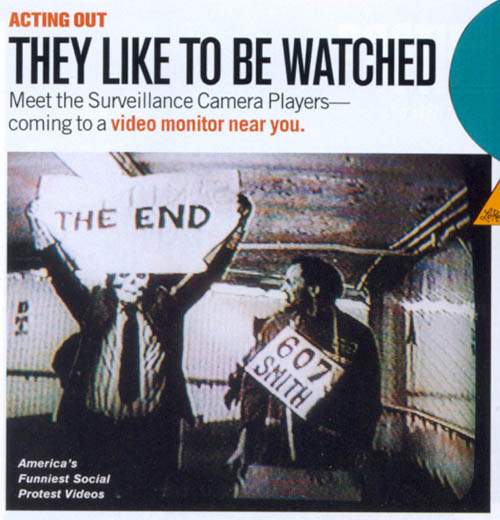 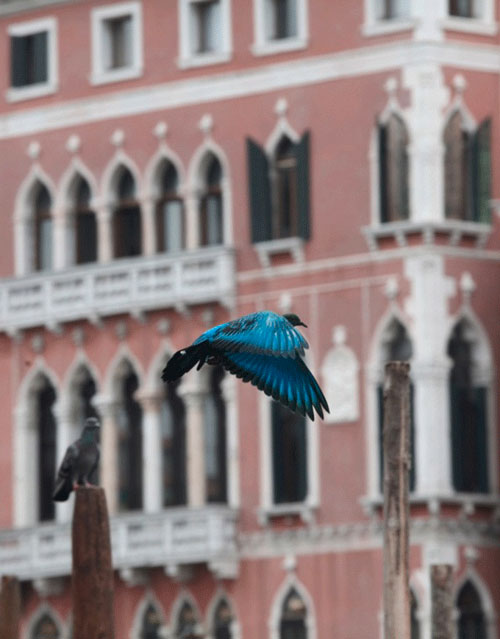 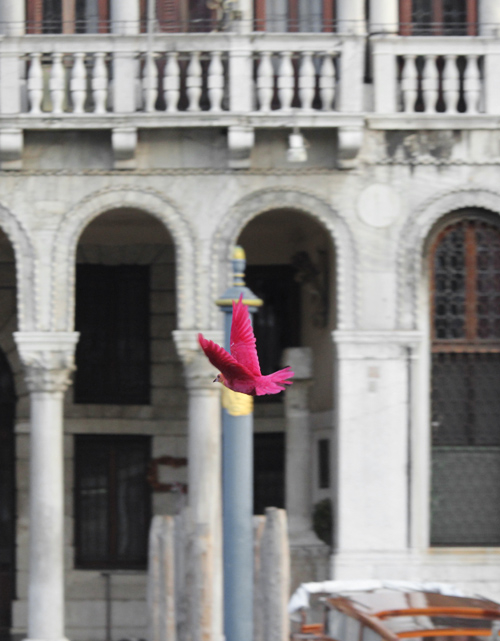 Julian Charriere and Julius Von Bismarck offer the collaboration “Some Pigeons Are More Equal Than Others,” in which the scourge of St. Marks are invited, or coerced, or at any rate allowed, into repurposed surveillance camera housings, wherein they are promptly sprayed for their trouble. Sprayed, that is, in jewel-tone colors, and then released back into the air and the Square, where they add exuberant notes to the flock of usual suspects. According to the artists, the pigments are of a kind designed to not harm the birds, and will wear off, with rain, in time.

The lucky birds have been coloured using an extraordinary conveyor-belt mechanism that was first tested in Copenhagen. After landing in a box that looks a little like a CCTV camera, they are pushed through a system where they are (apparently) harmlessly spray-painted and then let out the other side in a strange airbrush metamorphosis.

The artists have also taken formal portraits of the birds, portraits that easily hold their own against the other aesthetic ephemera of the security state. But we confess a preference for the embedded version, at play in the streets of the city. 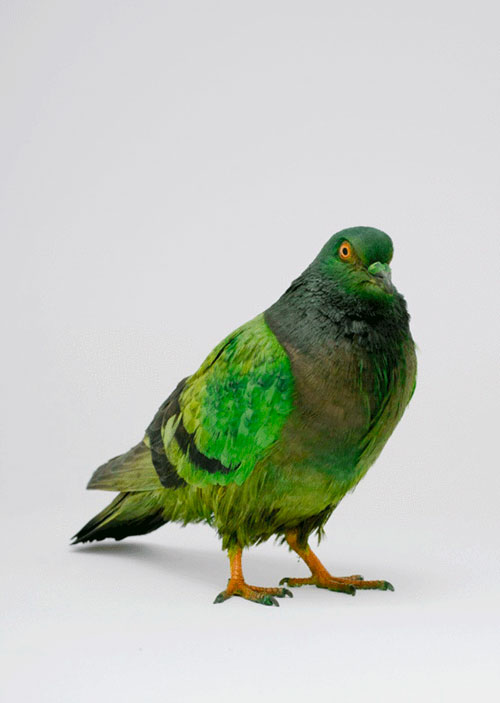 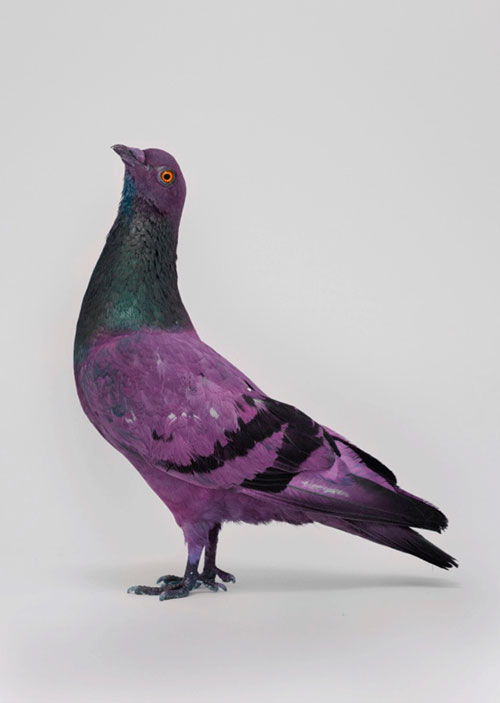 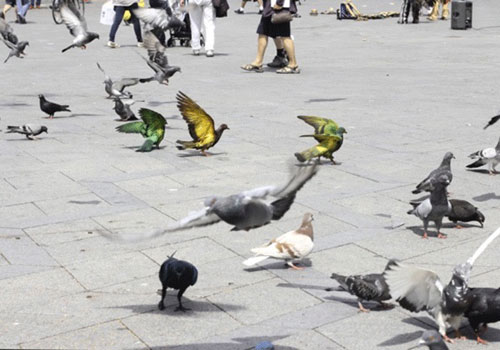 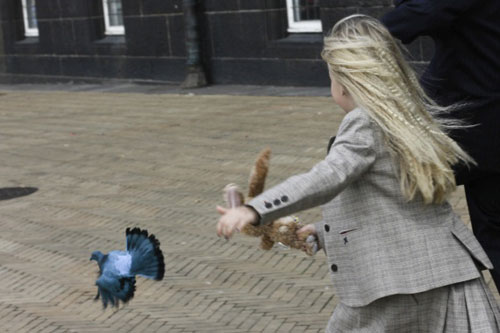 As the Surveillance Camera Players posted a still workable how-to guide to distribute DIY performance, so too the rest of us may take inspiration from Charriere and Von Bismarck, repurposing technology to look again at the overlooked.

Look around: somewhere, something is not dead yet. Bid it fly, be free! 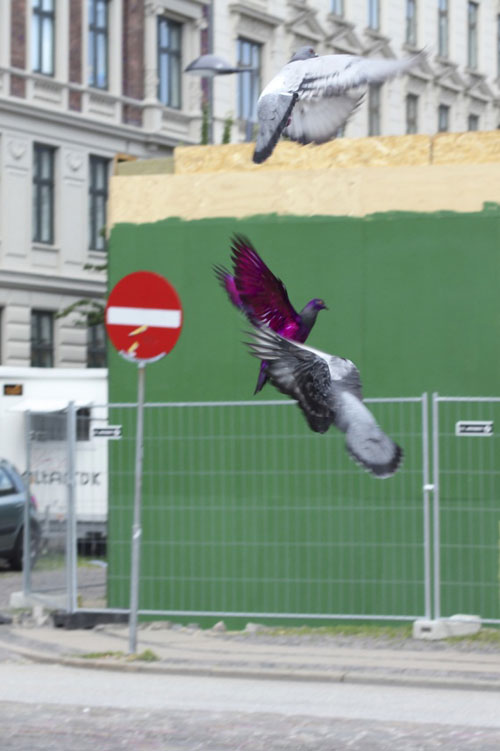